Beyond the pronoun game: Tang Museum exhibition a safe space for queer culture 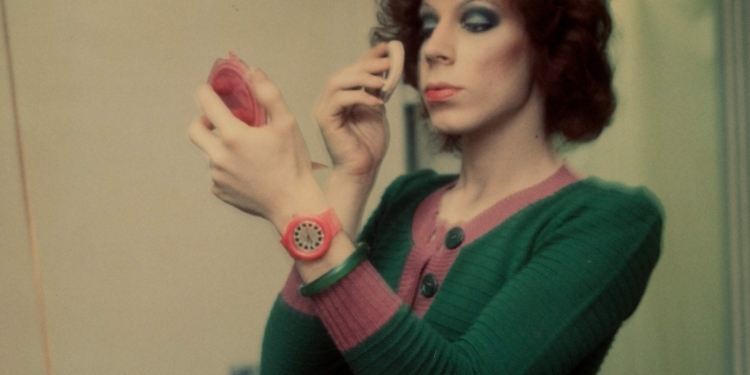 SARATOGA SPRINGS — The “They’re, Their, There” art exhibition at the Frances Young Tang Teaching Museum and Art Gallery at Skidmore College, or simply the Tang Museum, may be physically small and silent, but its message is unashamedly bold.

Curated by Rachel Rosenfeld, the 2017-2018 Eleanor Linder Winter ’43 Endowed Intern there, it aims to confront stigmatization towards queer people in the United States, as well as showcase the different life experiences such people go through to fully express themselves. The exhibition’s title is a reference to how queer people may use different pronouns to address themselves, being another way they have tried gaining empowered identities.

The exhibit features stories, depictions and critiques of a plethora of people who identify across different areas of the lesbian, gay, bisexual, transgender and queer (LGBTQ+) spectrum. This reaffirms Rosenfeld’s notion that gender and sexuality are fluid concepts. It is also not for the faint of heart, as images of nudity and people in drag may appear unsettling to the uninitiated.

Rosenfeld led a free public tour of her exhibit last Tuesday, providing intriguing perspectives on each displayed item and listening to people’s own interpretive commentary. She also said that much of the exhibit are items borrowed from within the Tang Museum from various artists, something that is common for the institution.

The first displayed subject were five men’s black dress shoes being chained to a wall, immediately setting a unsettlingly dim but thought-provoking introduction for the exhibit. Titled “Restraint Shoes,” this work of art was created by American artist Nayland Blake who is known for commenting on prejudice, homosexuality and interracial love.

As Rosenfeld was open to hearing from people’s own interpretations, she listened as a tour member commented that “when talking to my guy friends, dress shoes are as ‘dressed up’ as they can get without being too flamboyant, and so there’s that borderline for straight masculinity as in looking nice, but then there’s also looking too effeminate. It’s this whole issue of crossing the border into being something you don’t want to be.”

Rosenfeld, who personally identifies as queer and a cisgender woman, further complemented her critique by saying that “perhaps cis-performing straight men feel that they can’t have too much of an interest in fashion or expressing themselves, as it may startle other people. That’s a really interesting perspective.”

Cisgender refers to someone whose attitudes, behavior, gender and self-identity correspond with their birth sex. Transgender is the opposite.

Another displayed subject was “To Survive on this Shore: Photographs and Interviews with Transgender and Gender Nonconforming Older Adults,” by photographer Jess T. Dugan and social worker Vanessa Fabbre.

As its title suggests, the two met with senior transgender Americans across the country to learn about their stories.

It was both a critique, of how significantly older transgender people have almost zero representation in American mainstream culture, and an opportunity, as Rosenfeld said, “to speak to younger generations who struggle with their identity and feel they don’t have a place. I want them to see that it can never be too late to embrace how you identify and who you are.”

Pointing out an example of a photograph and mini-biography of a senior transgender woman named Bobbi from Detroit, Michigan, Rosenfeld described that Bobbi originally was in the Air Force back when she was still a man and how she used to be called the “grandfather” of the drone program there. Bobbi also worked closely for the CIA, visited the White House, and met with past presidents like Ronald Reagan, and “the older and younger [George] Bush.”

While these qualities and experiences are generally socially constructed to be masculine, Bobbi wrote that she feels proud of undergoing her surgical transition back in around 2003.

“I think people talk in either/or terms, right? Before transition and after. But to me, it’s really development,” Bobbi also wrote, who was born during the Great Depression in 1930. “I’m proud of both lives. I’m proud of both me’s, if you see what I’m saying … I’m grateful.”

Her displayed biography was accompanied by a moving photograph of her already sporting white hair and looking down with spectacles, at a green Air Force plane, as if reminiscing of her time in the military.

Another memorable displayed collection were three issues of a little magazine series called “Just Lookin’” by artist Aysen Gerlach. These comment on queer theory in pop culture and how print media “have been an outlet for oppressed groups that advocate for awareness and change.”

As this was the only interactive display, people were permitted to touch and look through the issues themselves. A highlight was the issue called “Formative Gay Icons” which comments on how some female characters in popular animated TV children’s shows in the 2000s challenged traditional femininity and were secretly idols for LGBTQ+ viewers. This was a favorite for much of the tour members who animatedly flipped through the pages and reminisced about their childhood shows, though now with a deeper understanding of queer theory.

Examples include the aggressive Buttercup (from “The PowerPuff Girls”),  the tough-as-nails Helga Pataki (from “Hey Arnold!”), the mysterious Raven (from “Teen Titans”), and the cynical Mandy (from “The Grim Adventures of Billy & Mandy”). SpongeBob SquarePants comically received an honorable mention, for infamously generating controversy for his effeminate nature and alleged homosexuality.

After showing the public more displayed items, Rosenfeld concluded the tour and hopes that more “people come in with an open mind, that people can relate to the subject and feel they’re in a safe space” here in this exhibit, and she also wants visitors to use “the stories behind the subjects and authors here as a learning tool.”

Rosenfeld initially was a Programming Assistant in June 2017, before applying for an internship at the Tang Museum later that fall. This exhibit is her capstone project of her year-long internship, and she had wanted to work directly with Tang’s artworks and collections. From then on, she conceived the underlying idea and themes behind this exhibit, and began coordinating to mostly borrow items from the Tang to create it.

“I originally envisioned this project as discussing androgyny and fashion, stemming from personal interest and how it concerns gender politics,” said Rosenfeld, who is grateful for this opportunity. “If you see androgyny presented in fashion magazines, it’s usually just like a white woman in a suit, and that’s not really correct. I wanted to dissect more into that and I started looking into individual expressions of queerness, and how that can range and have people represent themselves individually.”

Rosenfeld noted that there has not been any backlash yet, given the exhibit’s sensitive nature. For background context, “queer” used to be a pejorative word in recent human history but was changed to have a more positive and empowered meaning after the 1980s AIDS epidemic.

This art collection was an example of how, with Rosenfeld’s intelligent critiques and commentary, that same word can encompass and celebrate such a wide variety of individuals and their life experiences, as evidenced by the many featured people in this exhibit.

While donations are welcomed at the Tang Museum, “They’re, Their, There” is a free art exhibit that remains open to the public until Sept. 30.

EDITORIAL: There is no place for bigotry 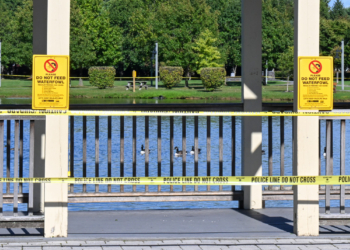