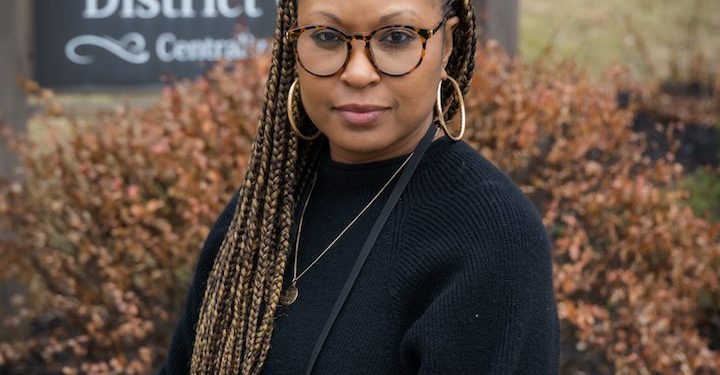 LATHAM — Teaching and educational leadership was not the path Naté Turner-Hassell initially set out upon. But, a part-time college job at a daycare began her journey toward a career in education.

She officially started as Assistant Superintendent of North Colonie Central Schools on Tuesday, Jan. 17, after having served as the district’s Director of Professional Learning, Leadership, and Development since 2021.

Originally a political science major in college, she was convinced she’d be an attorney. Then, like many college students, she needed to find a job and it was suggested she try a daycare.

“It was my beginning with children,” said  Turner-Hassell. “I was in the two-year-old room and covered the integrated four-year-old room at Beginnings on Monroe Street in Albany. I enjoyed it. I realized I had a gift for developing relationships with children.”

She switched her major in college to elementary education and began to do after-school programming with the YMCA. “They placed me everywhere and quickly wanted to promote me to site coordinator. I did it all through college and loved it!”

One of the multiple after-school program locations where  Turner-Hassell worked as a counselor was Giffen Memorial Elementary School in the City of Albany. Every time she went into the building, the then-principal, Dr. Maxine Fantroy-Ford said that as soon as  Turner-Hassell graduated she was going to hire her as a teacher.

“As soon as I was done with my master’s she hired me that August,” said  Turner-Hassell who remains in touch with her now-retired first principal who is both a mentor and friend.

“I am so proud of her,” Dr. Fantroy-Ford said. “I knew she would do great things. Her heart, commitment, and also her love for children and education. I knew the sky was the limit.”

“She has a way of taking a creative look at ability levels and differentiating instruction,” Dr. Fantroy-Ford said, adding that she made her a grade-level leader. “She is very strong at instruction and looks at the needs of students and develops relationships. They performed. Academically they performed and students loved her.

“I knew she’d go places for her leadership qualities, ethics, and love of the work.”

Prior to joining the North Colonie team in August 2021,  Turner-Hassell was an administrator in the Troy City School District, most recently serving as the principal of School 2 in Troy for six years and prior to that experience she served as the District’s Coordinator for Response to Intervention Services for five years.

“ Turner-Hassell is a distinguished educator who brings experience, systems knowledge and strategic operational leadership to this position,” incoming Superintendent Kathy Skeals said in announcing the appointment. “ Turner-Hassell has been recognized for community-minded, collaborative leadership style, earning several distinctions and honors for her work in the schools and the community.”

The Board of Education officially approved  Turner-Hassell’s contract and appointment as Assistant Superintendent on Dec. 19. It was met with a standing ovation from many who came to the meeting specifically to congratulate her, including the instructional/teacher coaches she has been working with since joining North Colonie.

“It was very touching,”  Turner-Hassell said. “Most of the people who came I have had an individual encounter with. Having the instructional coaches there, for me, was very inspiring.”

Incoming Superintendent Kathy Skeals, at the Dec. 19 meeting expressed how grateful she is that  Turner-Hassell is willing to take on this leadership role.

“Naté is a gifted and veteran educator whose commitment to students and families is founded in the belief that education can truly uplift individuals, families, and communities,”  Skeals said.

Turner-Hassell’s long-term relationship building – not to mention a really good memory – can easily be shown through this amazing story. She was at a playground a few years ago with her own children and talking to another mother. That other mom, it turns out, was one of her fifth-grade students from Griffen and now a teacher herself in a neighboring school district. She also looked at her former student’s child and commented how much he resembled a little boy she had during her daycare days. The child is the son of that former daycare little boy and husband of  Turner-Hassell’s former student.

Recalling the story brings a smile to  Turner-Hassell, who while was by no means the matchmaker that brought the two together, the relationships and connections that have come through her career thus far brings her joy. A joy she is experiencing in North Colonie.

“I found Joe and Kathy to be such wonderful human beings,” she said. “I love having the opportunity to be in a place where I really like the people.”

And her plans for the first few weeks and months in her new role are, “first and foremost, trying to learn quickly as much as I can … district operations … human relations … what our families need. Observe, and see where the places and pockets I can be of real service,” she said.

Turner-Hassell is a lifelong learner and one thing she has learned is she is on her intended path.

“For me, not much of it was intentional,”  Turner-Hassell reflected and smiled.

“The overarching theme is this work is truly a calling. I feel like my journey is reflective of that. I have a good amount of experience at different levels and my hope is to be able to humbly be able to exercise that expertise in a way that is meaningful and transformative for children.”