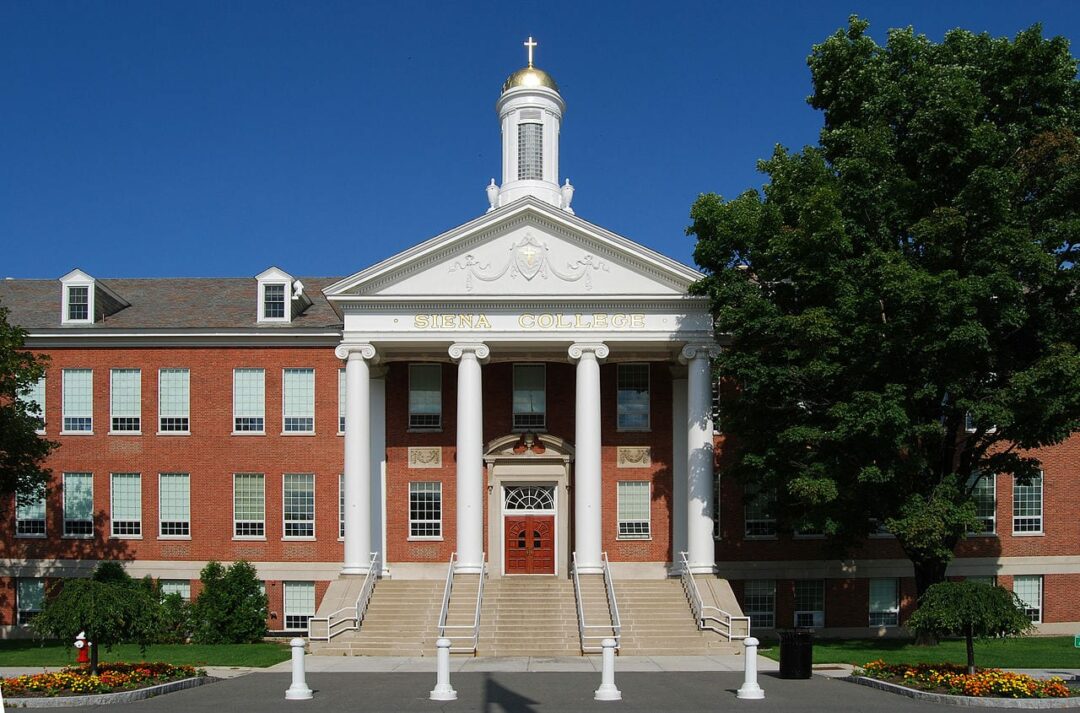 LOUDONVILLE — Siena College was scheduled to be back in front of the Colonie Planning Board to provide a concept review of its proposed three-story science hall on campus on Tuesday, Nov. 15.

The new hall was introduced to the Planning Board in March, revealing a three-story, 47,700 square–foot addition to the Morell Science Center on 11 Middlefield Drove.

The new science complex, designed by Albany-based architectural firm of Woodward Connor Gillies & Selemon and supported by Bohlin Cywinski Jackson of Pittsburgh, will include five new lecture-style classrooms and 10 new laboratory-type classrooms for nursing, biology, chemistry and environmental science. The new footprint will also include 12 new offices for instructors.

The hall is to be built with a $35 million give from MTX co-founders Das and Nipa Nobel, the largest in college history, and will be a three-story, 47,700-square-foot addition to the Morell Science Center.

The plan first needed a variance to address its height. Adjacent buildings are 56 and 57 feet tall. It is designed to stand 62 feet high, which exceeds what is permitted in the single-family residential zone.

The proposal reached Colonie Town Hall less than four months after Siena College announced it received a $35 million gift from MTX Group co-founders Das Nobel and Nipa Nobel. Das graduated from the school in 2006 and has since started one of the country’s top technology consulting firms, pioneering digital transformation and artificial intelligence.

“The foundation I received at Siena College enabled us to give back to my alma mater in a way that will impact new generations of leaders,” Das shared with the Siena community last December. “I am proud to be a Siena alumnus and hope this contribution will inspire current and future students to dream big. The expansion of the College’s science complex and the building of Nobel Hall will inspire students to collaborate and make their dreams a reality, just as I did.”

The Nobels immigrated to the United States from Bangladesh in their teens. Das graduated from Siena with a bachelor of science degree in computer science and now serves as CEO of MTX. Nipa is now MTX Chief Brand and Culture Officer and serves the college as a member its Board of Trustees.

“Siena holds an incredibly special place in Das’ heart and in mine, and we are so grateful for the ability to give back to this institution,” Nipa said. “Siena has had such a positive impact on our family and on the communities where its alumni work and live. Das and I fully support Siena’s approach to creating future leaders, whose education is steeped in a commitment to serving others and in the liberal arts.”

In each of the last three years, Siena College has experienced record enrollment growth. According to the school, 30 percent of students major in programs introduced within the last six years, including significant expansion in the healthcare space and the addition of new graduate programs. In contrast, nationwide enrollment has seen a decline of more than 3 percent from fall 2019 to fall 2020, according to data from the U.S. Department of Education’s National Center for Education Statistics.

Siena was recognized as the number one college in New York state for job placement in each of the last three years, according to the U.S. Department of Labor, and was selected in 2021 as one of the top ten Catholic colleges in America through an aggregate ranking compiled by College Consensus.

•  Call for a Public Hearing on a project proposed for 93 Fisler Avenue ODA.

•  Final plan review of a 6.1-acre parcel for construction of a three-story, 60,344-square-foot building proposed by Starlite Associates, LLC at 95 Coliseum Dr, formerly 635 Columbia St. Its to include a 2,500 square foot bank with two drive-through lanes; a 3,000 square foot, 30-seat restaurant; a 2,000 square foot retail area; and an entrance lobby and office on first floor. The Second and third floors are to feature 52,844 square feet of general office. The project also proposes 233 parking spaces. The site is zoned Commercial Office Residential.

•  A revised concept plan was submitted by First Columbia LLC to eliminate the construction of a 107,000-square-foot building for 1201 Troy-Schenectady Road. It instead proposes the existing building at 1201 be reused and renovated to house a national-brand auto dealership. The site is zoned COR, Commercial Office Residential.