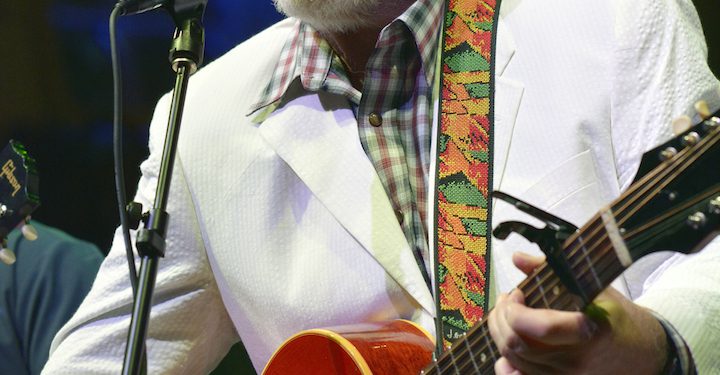 What began with a Philco radio has recently culminated in a place in the Thomas Edison Music Hall of Fame. Marty Wendell’s new, unreleased album will look back on the years at the origins of rock and roll.

“It’s been with me my whole life,” mused Wendell. “This is my fifty-eighth year as an artist in 2022. It’s always been there. It’s been like a lifetime friend.”

“We’ve begun working on an album called View From the Rumble Seat. It’s going to be a more rockabilly-themed album,” he said, noting that the songs on this album “are what I’m seeing, looking out from the rumble seat.”

Reflecting back, it was in his childhood living room that his connection to the roots of rock and country music first emerged.

His parents instilled in him a love of music, from Frank Sinatra to Hank Williams. “As a child, music was important in our house. The centerpiece of our living room was a Philco Radio. The radio piqued my interest plus provided me with quite a variety of different kinds of music.”

One of the most famous performers of all time, whom he would later call a friend, may have had the most impact on his life. “My mother brought home an album. It was the first album released by Sun Records in Memphis,” he said.

“It was called Johnny Cash With His Hot and Blue Guitar. I was captivated by that album, because it didn’t sound like anything else I’d heard on the radio or anywhere.”

“I got an old guitar in tune with the album, somewhat, got a chord book, and started to learn the songs. That was an important moment that hooked me in. I wanted to be able to sing and play songs.”

“My sophomore year, I wrote a song called When the Nighttime Comes. That was my first complete song.” The song would later feature forty years later on his album Rockabilly Heart. The album ruminates on growing up during the birth of rock and roll.

Wendell is a prolific songwriter, and “most of the writing I do is with guitar in hand.”

“I get ideas, potential titles. Then I start figuring out what I’m going to do with it, the story the song might tell or the point of the song, and I try to pull it together,” he said. “I mull it around for a while until I can start putting it into verses and choruses, lyrics, and all those things that you work on in a song.”

His latest album, Risky Business, was inspired by his concert experiences and observations of change.

“What gave me the idea for the album was that every now and then, when we’d be out doing concerts, people would ask, ‘Marty, what’s happened to country music’. Noting that the music of today is quite a bit different than what is considered mainstream, traditional country music,” he explained.

“I thought it would be a real challenge to create my vision of what a country album would look like today, with enough roots in tradition, but also that it would hopefully appeal to the contemporary ear.”

Risky Business was produced by Chris Scruggs, the grandson of Earl Scruggs. “Chris and I talked for one whole evening. He really saw my vision and shared my vision, then he went to work on it,” he continued.

Currently, his album Risky Business is under Grammy consideration for Best Americana Album.. “There’s probably a couple hundred albums, and out of that, they’ll go down to five or six who are in the nominations. Just the experience of knowing that my music is in with that level of performers is really rewarding after all these years.”

“Just sometimes meeting the right person can open the door,” contemplated Wendell. In 1968, he worked with Johnny Cash. Wendell was an opening act for Johnny Cash and his troupe with Carl Perkins, The Statler Brothers and The Carter Family.

“You dream of things like that when you’re a kid, and then to actually have it come true. I’ve been very fortunate, not only getting to work with Johnny Cash in ‘68, but we remained in contact,” he said.

In 2002, he fulfilled another childhood dream by recording music at Sun Studio. “That was a very awesome experience for me, because of all of my influences— that’s where they did their first recordings. To actually record in that hallowed room was an amazing experience.”

What Wendell is most looking forward to are the opportunities ahead. In addition to View From the Rumble Seat, his studio will be releasing a two-volume album called Marty Wendell: The Early Years.

When the music industry switched to eight-tracks, Wendell lost some of his tracks, only recently finding them with the help of a music engineer in Florida. “The second volume is going to be called The Lost Album. This will be the first time that it will see the light of day.”

He hopes to get back to touring in 2023 and already has a date booked. On May 14th, 2023, at the Charles Wood Theatre, he will be opening for Michael Twitty.

“He’s honed a show that is completely his own; a dynamic and honest performance which pays homage to the past, hits the present, and ultimately leaves one looking with optimism towards the future,” said David Van Pelt, music programmer and Distribution Manager for Argyle Brewing Company’s Cambridge Depot.

Van Pelt continued, “Marty just played his third concert for us at the Depot.  And I must say, each one has been better than the last.”

“He projects such a positive energy, you can tell he’s having a great life and doing exactly what he’s meant to do,” added Van Pelt. “And with his wonderful family all involved in the show.

From his grandchildren to his son, the bandleader, and daughter-in-law, a vocalist, family is a crucial component of all of Wendell’s music and shows.

“It’s been a great experience,” Wendell said about performing with his family. “I couldn’t ask for anything better than that.”

“We love being onstage, being able to play music, and having just a sense of the audience being with us— it’s always awesome,” he added. “It’s especially awesome when the response is to the music you create yourself.”