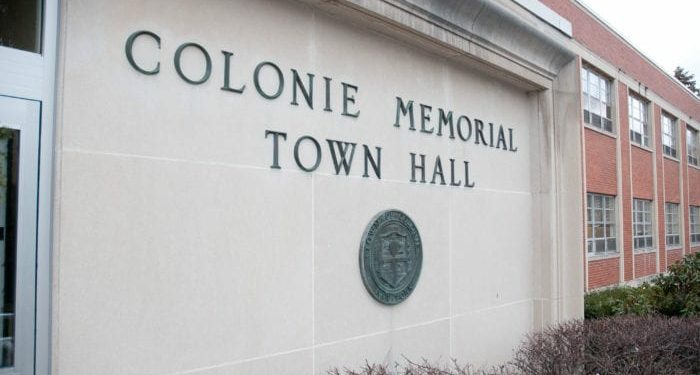 If approved by the Town Board, the 2023 budget would increase water rates by 20 percent for customers in the Latham Water District. The increase — due largely to a projected doubling of electric costs, a 52 percent increase in chemical costs and a 79 percent increase in the water plant filters — would cost the average homeowner about $4.69 more per month, or $56.28 a year in 2023 a year. The total cost of running the water department is expected to increase by more than 12 percent from $15.5 million to $17.4 million.

Together with a projected .99 cent per month increase in sewer rates, largely driven by the water rate increase, the 2023 budget would cost the owner of an average valued home $7 per month more than this year, or $84 a year.

“We all realize energy is twice as much. We realize that our home heating bills are times two and our cost at the gas pump is times two,” Crummey said of the national economy. “We hear about how dark clouds are coming and how bad it gets, I don’t know. I have to plan in case it gets really bad and if it does we need to make sure we sail through without interruption to services or burn through a fund balance that is barely alive as it is.”

He said supply chain issues and the cost of materials are hitting the town as hard as it is its residents. For example, earlier this year there was a $700,000 job to replace old cast iron pipes in a neighborhood around Vly Road. He could not get the pipe until January, 2023 with new plans to install the pipe next spring. The new price tag is $1.7 million.

Another example, he said, is the cost of salt for this coming winter. From last winter, through a state contract, the price jumped by $15 a ton. The town plans on using in the neighborhood of 10,000 ton of salt this year.

Electric costs are projected to increase between 250 and 300 percent next year.

“What is causing all of these materials to get hard to get and be twice as expensive? I have no idea but I am left with the question of how are we going to manage double digit inflation and still deliver the services citizens deserve,” Crummey said. “All of us know how bad it is out there and we had to budget for a recession that will get worse. How deep will the recession go, I don’t know. I’m trying to use a crystal ball and we had to budget conservatively.”

Salaries and wages increased by 3.91 percent, from $43.8 million to $45.7 million. The increase is due to the town negotiating contracts with each of its unions that include retroactive annual salary increases through 2024 and 2025. The cost of employee benefits would also increase by 3.41 percent from $28.4 million to $29.3 million. The vast majority of town’s 600 or so employees are represented by a union. Last December, a new union was created in Town Hall to include department heads and other positions traditionally not represented.

Elected and other officials not represented by a union will also see an increase including:

Crummey said union negotiations began last year with the Police Department under the administration of Supervisor Paula Mahan and the other union deals  reflect that contract. Most of the contracts include annual raises of between 2 and 3 percent for five years. The final two unions finalized their contracts this year.

“The federal government is projecting a COLA of 8.9 percent so I don’t think giving a town employee a 2.5 percent increase is out of line,” he said. “The die was cast before I got here. I didn’t start the negotiations but I am not running away from it either. I think they did the right thing.”

In addition to the tax increase, to offset the increased expenses, the town is projecting a 12.83 percent increase in sales tax revenue, from $28 million to $31.7 million. But that remains a wild card because how much sales tax revenue the town gets is directly related to the number of products and services consumers buy within its borders and the third quarter of this year is already 4 percent less than predicted.

Any significant worsening of the economy will likely cause people to spend less money and hurt the town’s sales tax revenue projections.

The Police Department remains the most expensive in town, constituting 16 percent of the entire town budget. When all factors of the Police Department are calculated, it will cost about 4.5 percent more in 2023 than this year, from 17.2 million to $18 million.

The administration, as well as the rank and file, are all members of a bargaining unit. Under the proposed spending plan the 67 uniformed officers would see about a 4 percent raise from an average of $86,647 to $90,000.

The Town Board will need to approve the budget before the end of the year.

“We are in the process of reviewing the proposed 2023 budget and look forward to working collaboratively to enact a budget that is reasonable for the residents and does not compromise the quality or quantity of services the town provides,” said Melissa Jeffers, the senior Democrat on the Town Board.

HomeGoods grand opening to be next Saturday at Glenmont Plaza