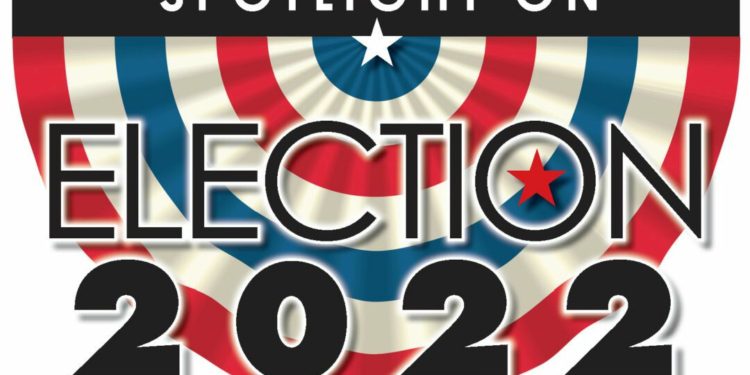 A newly drawn state Senate District 43 that includes the Town of Colonie will pit Assemblyman Jake Ashby against Andrea Smyth.

The largest town in the Capital District is currently in District 44 and for more than a decade has been represented by Sen. Neil Breslin. The once-a-decade redistricting process put Colonie in District 43 along with all of Rensselaer County, northwestern Albany County including Cohoes and Watervliet and most of Washington County.

Ashby, a Castleton resident running with the Republican and Conservative party lines, was first elected to the state Assembly in 2018. Prior to being elected to the Rensselaer County Legislature in 2017, he ran his own occupational therapy business and is a former captain in the U.S. Army reserves.

Smyth, a Democrat running with the Working Families Party line, is president and CEO of the state Coalition for Children’s Behavioral Health. Prior to spending 20 years leading that organization, she worked for the state Division of the Budget, the New York Association of Counties and the United Jewish Appeal-New York Federation. She lives in Rensselaer County and lost a bid to County Executive Steve McLaughlin in 2017.

Earlier this month, Ashby and Smyth squared off in a virtual debate sponsored by the Rensselaer County League of Women Voters.

Ashby said he would repeal 2019 legislation that stripped bash bail from a number of crimes as a way to level the playing field for those who have the resources to get out of jail pending legal action and those who do not. Republicans across the state have pointed to a number of repeat offenders on the streets because, according to the party mantra, judges no longer have the discretion to keep perpetrators behind bars. A number of law enforcement personnel and organizations are also against what has been called bail reform.

“I think what we should do is push for a total repeal in these reforms,” Ashby said. “We have seen a very detrimental effect while things were being re-tooled and during that process we did not have people involved with the process like the DAs and the law enforcement so we need to start from scratch.”

Smyth said she is confident the issue will be addressed during the next legislative session.

“I do believe there are often laws that need to be updated and revisited,” she said. “I know the bail versus jail discussion will be part of the next Senate session so I am prepared to look at what is working and what is not and I will look at whether or not the bail eligible offenses are correct in protecting our communities.”

Independent polls show crime topping the list of priorities for a majority of voters and a follow up question asked what the two candidates would do to make people feel safer.

Ashby said it all goes back to bail reform.

“It goes back to bail reform and the legislation that was passed. We need to give judges the discretion they need to do their job and right now they don’t have it. The mayor of New York City and DAs across the state want it. It would show a response to what people want rather than a tone- deaf response which is what we have heard,” he said. “I don’t understand why we can’t fix this. Why we can’t say parts of this bill are well intended so we build on that. It would improve morale in police departments and showing we support them.”

Smyth said she would oppose any defunding of law enforcement – a mantra by some of those on the left hand side of the political spectrum during the turbulent times of 2020 but is in favor of “sensible gun control” a taboo among those on the right side of the spectrum.

“I opposed defunding law enforcement in any way. I will vote for initiatives my constituents support,” she said. “I believe firmly sensible gun control on illegal modifications of guns are an appropriate legislative discussion. I am concerned we keep going back to legislate more training and restriction on people who legally own guns and not doing enough with the illegal selling, transporting, storing and modifying illegal guns. I am for programs that reduce illegal guns. New York is doing the right thing in outlawing the illegal modifications of guns and trying to prevent what happened [mass shooting] in Buffalo.”

Continuing on the theme, the two were asked about addiction and mental health issues and how they relate to the recent uptick in crime across the nation.

“When there is not a visible consequence people see and they are not able to get the help they need because they are isolated or can’t see the help that is available the problem continues to grow,” he said.  “I have seen it among friends and law enforcement and small business owners. When we enforce the law we have to show there are consequences and sometimes a consequence is getting help.”

Smyth said she is a lifelong mental health advocate and “the insufficiency of mental health services came long before any increase in crime.”

While crime and public safety is a priority in the minds of most, according to independent polls, a close second is the state of the economy which many say is in a recession.

Smyth said the downturn is related to a worker shortage and the fact baby boomers, a large generation compared to those who came later, are retiring.

“What we need to do is incentivize the workforce through tax incentives possibly with subsidies so they can replace the supply chain issues and then we need to work on automation. Rural communities need broadband so we need to make sure broadband funding goes to upstate communities,” she said. “We need to address workforce automation and artificial intelligence to help small businesses who can’t find workers.”

Ashby said the state should cut taxes for small businesses.

“Small business owners are carrying burden. I know I started my own,” he said. “One of the things the governor did was imposed surcharge that has to do with the number of employees small businesses and that will do nothing but balance the books on the backs of small business owners and one thing I will do right off the back is to repeal that. We need tax relief. We need to encourage growth.”

A related question asked about a recent state directive spearheaded by Gov. Kathy Hochul that would lower the threshold for farm workers to get overtime pay from 60 to 40 hours per week by 2035.

Smyth said she would take the time from now until full implementation to evaluate whether it is appropriate.

“Inflation is a massive burden for our families and our elderly and many of our working farmers are elderly,” she said. “If we have a budget downturn and are forced to stop the subsidies. At that point I would advocate to stop the movement towards the 40-hour overtime. We have to make sure we preserve the farmland and I would support diversification of crops and land use so farmers have a chance to improve their economic outlook.”

Ashy said he would push to repeal the new threshold.

“I believe it will be a detrimental issue for farmers in this district,” he said. “The process by which it went through, the deck was stacked against the farmers in many ways and I think we will feel the repercussions from that. Dairy farming in this area was much more robust even 15 years ago. We need to advance policy so their farms can be sustained. Dairy farmers cannot set their own price, they are adherent to the regulators setting their price and they are forced to make due.”

Rensselaer County is no stranger to election fraud — real and imagined — and the current Republican elections commissioner, Jason Schofield, is currently under indictment for fraud. That followed the guilty plea and the resignation of a Troy councilwoman, Kim Ashe-McPherson.

Ashby said he would like to see the county boards stay in control of ensuring elections are handled in a fair, non-partisan manner while Smyth said the state should have more oversight.

One of Ashby’s top goals would be to cut through political divisiveness, that has always existed but has exacerbated in recent years at all levels of government and work in a bipartisan, cordial manner.

Smyth said one of her top goals is to fight for families and women and work to make housing more affordable and available in upstate.

“I will supporting legislation that will reduce crime, we are currently seeing an uptick in recent years, reduce the cost of living and the economic burden we are experiencing in upstate New York and I want to work together,” Ashby said. “I think division ranks right up there with these other issues and we need to work together to bring our state back in the right direction.”