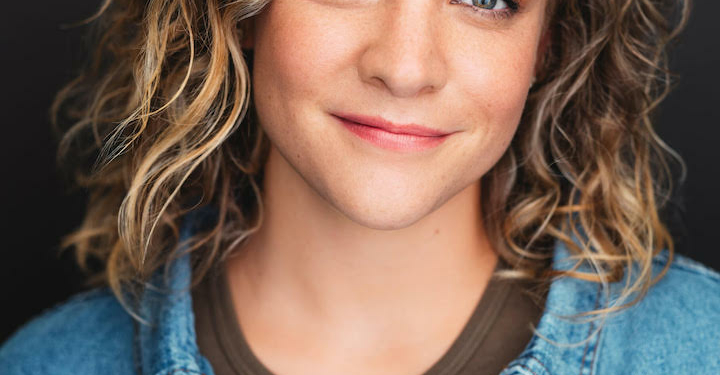 Nicole Zelka is a 2015 Colonie Central High School grad who is set to embark on a tour of “Elf the Musical” next month. The actress just finished up with “Jersey Boys” at Capital Repertory Theatre and came off the national tour of “Charlie and the Chocolate Factory” that wrapped up in June. From 2017-2018 she was on the national tour of “Rodger & Hammerstein’s Cinderella,” where she played one of the stepsisters. After graduating from Colonie High, she went on to study Musical Theatre at the American Musical and Dramatic Academy in New York City.

Q: In a world dominated by cell phones and 15 second videos, why do you think live theater is still so popular and/or so important?

A: I am just as addicted as the next person, constantly on my phone scrolling and spending way too much time on Tik Tok, but nothing can compare to live entertainment. There’s nothing better than sitting in a theater and escaping reality for 2.5 hours and when you’re a part of it and hear how a show impacted an audience member, it makes it all worth it.

Q: What is going through your mind and body prior to taking the stage? Butterflies? Adrenaline? And how do you prepare to perform in front of a live audience?

A: As I’ve gotten older, I’ve learned how important it is for me to take a minute alone before going on stage, even if it’s just for a minute to check in with myself. Also some type of physical warm up during the day. Specifically on the road, the traveling and constant ‘on the go’ lifestyle can get really hard on your body and mind but I try to stay present as much as I can and soak it all in. As corny as it sounds, if my middle school self, met me right now, she would think she is so cool doing this all for a living!

Q: What is the high-point of your being on stage so far? Biggest gaffe?

A: I think when I was on “Cinderella” and played big markets and notable venues like The Pantages in Los Angeles and The Cadillac Palace in Chicago. I was only 19 and both of those weeks were full of “pinch me” moments. I can’t wait to be back to both of those places one day. Biggest gaffe — Too many haha! One of my last auditions for “Charlie” I flubbed some lyrics to a song but was still ‘in it’ and Tony Award winning Jack O’Brien had quiet the laugh about my brain’s re-write. As well as the entire team behind the table. Oops. I was memorable though!

Q: What advice do you have for a high school student considering a career on stage?

A: This business is really, really hard. And expensive. If you can picture yourself doing something else and being equally as happy, do it. But if performing is something you know you’re meant to do, then you are going to find a way to do it and make it work. Stay committed, it all pays off — I promise. Also, pay attention in the rehearsal room. Learn from your peers!

Q: If you had a dream character to play, who would it be and why?

A: I think my dream is so originate something in a new musical or play. But Elphaba in “Wicked” is pretty high up there. It’s one of the first cast recordings I became obsessed with and it’s all my mom, sister, and I would listen to. I can’t wait for that, ‘I did it guys’ phone call to them both!

Verizon, Nextdoor reveal most impactful acts of kindness in community