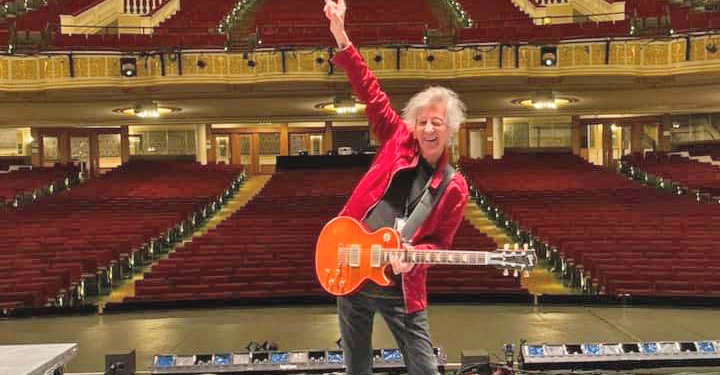 NEW YORK CITY — David Malachowski’s response to a help wanted advertisement thrust him down a pathway of dreams, playing his guitar in hit Broadway musicals and with a burgeoning country music legend. He died on Thursday, Sept. 29. He was 67.

Players from the local music scene described Malachowski as lacking the pretense of a man who tasted the fame from touring with Shania Twain while on her meteoric rise up the country music charts. His career continued on through a hit parade that included playing the guitar in “Rent” and “Mama Mia.”

According to a social media post shared by his daughter, Lindsay, Malachowski died in hospice care in New York City.

“How it started, I watched The Beatles play on Ed Sullivan 58 years ago today,” he shared in a social media post on the Beatles’ anniversary in February. “How it’s going, I played the Ed Sullivan Theatre twice.

Since picking up the guitar when he was 8, he manifested a career that included early stints with Reckless, The Greg Austin Band and Commander Cody & His Lost Planet Airmen. He answered a help-wanted advertisement published in Albany’s Metroland weekly magazine, which lead to his pairing with Twain from 1995 to 2007. Prior to that, he briefly played alongside another country music star, Janie Fricke.

Upon turning 65, Malachowski joked about how he didn’t think he’d make it that far. “The plan was… to go out in a blaze of glory at 27,” he said.

He had no thoughts of retiring. Still looking very much like a rock star, a fresh face framed within a long mane of silver hair appeared with members of Pavlov’s Dog. Another photo revealed all of the colorful tattoos painted down both of his outstretched arms, with a thin scarf draped around his neck.

“Many my age talk about the ‘good old days,’ but I feel now is, today is, this very moment is, and what lies ahead. I have the best, most loyal and fascinating friends in the world. I get to play with literally the best musicians and singers in the world, and have the best daughter in the world.

“I truly lead a charmed life.”