One year late, the village celebrates 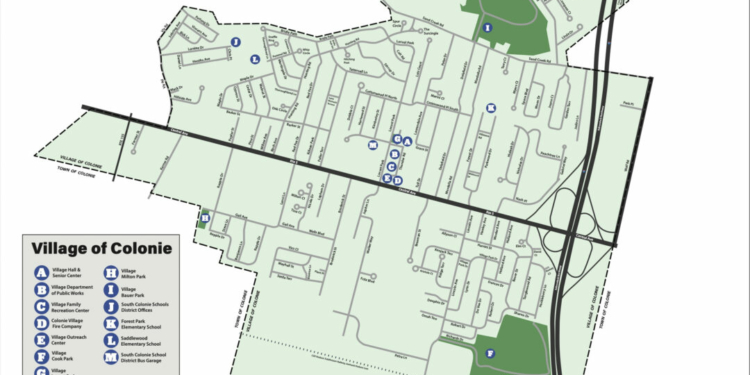 Last year, out of an abundance of caution and an unpredictable virus that continued to wreak havoc on the globe, plans were postponed. As such, the village will officially kick off its centennial celebration (+1) a year late on March 14 with an open house at the village office complex behind the fire house on Central Avenue.

It may be a year delayed, but the sentiment surrounding the celebration is the same.

“COVID-19 delayed the events until 2022, and although the village is now one year older, we can celebrate safely with all our family and friends,” said Mayor Thomas Tobin. “In preparing for this Centennial, we have been focused on honoring our past, celebrating the present and imagining the future.”

The village is bisected by the busiest section of Central Avenue, from the east side of Route 155 to the west side of Wolf Road. At its widest point, roughly north to south, it extends from the Guilderland town line to Sunset Boulevard along Sand Creek Road.

It is intricately intertwined with the Town of Colonie but it incorporated 25 years after the town did in 1895 and has its own government complete with an elected mayor, Board of Trustees and governmental departments and boards — it takes care of its own parks, picks up its own trash, oversees its own planning and zoning and levies its own taxes.

Over the years, village government has gone to great lengths to provide for its own including offering senior and youth services, an amphitheater and at Christmas Santa Claus hops on a fire truck to tour every neighborhood in the village and every April the Easter Bunny takes the same tour aboard the same fire truck.

“Along with the Board of Trustees, I am grateful for the spirit of community that continues to make the Village of Colonie “A Place to be Proud Of,’” Tobin said.

Hours of work went into planning the centennial celebration, and they had an extra year to work on it.

The activities and events are as follows:

• Centennial Open House: Saturday, May 14, from noon to 4 p.m. The kick-off event welcomes all residents and friends to the Village Hall Complex and there will be tours through the HBK Senior Center, Village Hall, Family Recreation Center, Department of Public Works and the fire house.

• Centennial Picnic: Saturday, July 16 from noon to 5 p.m. The event will be at the village’s signature park, Cook Park located off Lincoln Avenue. The picnic is an extended annual Family Fun Day and will include food, games, kids’ bike rodeo and live music.

• Mayor’s Cup 5K & Fun Run: Saturday, Aug. 13, with the 5K starting at 9 a.m. and the fun run kicking off at 9:45 a.m. The races will be held at Cook Park and surrounding neighborhoods and they will be timed by ARE Event Productions.

• Centennial Parade: Saturday, Sept. 17. The parade kicks off at 1 p.m. at Jupiter Lane and marches down Central Avenue to Lincoln Avenue and into Cook Park. It will feature dignitaries, fire departments, floats and marching bands.

• Centennial Dinner: Saturday, Oct. 8. The 100+1 celebration will culminate with a dinner reception at the Italian American Community Center on Washington Avenue Extension. It will begin at 6 p.m. and reservations are required. It will feature a Roaring 20’s theme in recognition of when the village was officially founded.