Former Village of Colonie Mayor Frank Leak dies; he was 93 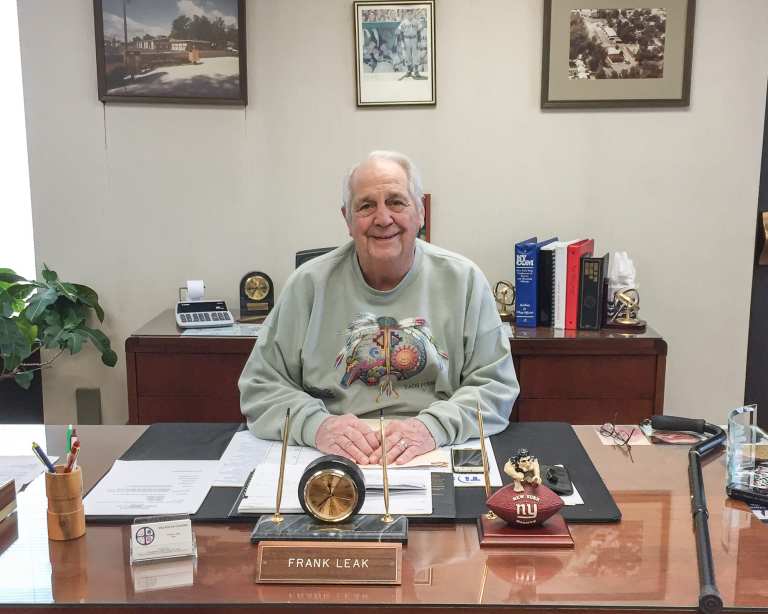 First elected to the Town Board in 1979, the Navy vet and retired home builder became mayor in 1995. He stepped down in October, 2019, for health reasons. He and his family lived in the village for more than 50 years.

During his tenure, a new Fire Department was constructed, the Family Recreation center opened, the Senior Center became one of the most vibrant and thriving facilities in the county and extensive work was done at Cook Park, including the construction of an amphitheater that bears his name.

“For more than two decades he served as mayor and this was his family. He truly made the village ‘A Place to be Proud Of,’” said Village Mayor Thomas Tobin, citing the village motto. “Today is a sad day for us, but we know he is in a good place.”

Tobin, who was elected to the post earlier this year, said Leak’s mayoral philosophy centered on three things: not spending money you didn’t have, listening to the residents and helping them when he could.

“He always used to say ‘if we can’t help the people what are we doing here,’” Tobin said. “Every day, when I am out talking to people, someone asks about him and they always have a story about him. And a good one. Everyone had a personal relationship with him, and that is how he felt about them too.

“He had an excellent run and he accomplished many of the goals he had for the village and that was through his tenacity and his love of people.”

Leak ushered the village through a tremendous amount of growth that was not necessarily encouraged but was inevitable with Central Avenue running down the center of it. The some 8,100 residents, though, enjoyed a small town feel that included loading up the Easter Bunny and Santa Claus on fire trucks to visit the village children during their respective holidays.

“We like things the old fashioned way,” Leak said during an interview marking his 90th birthday in 2017.