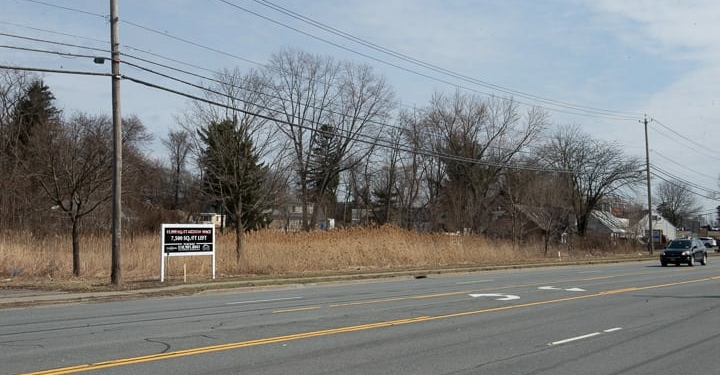 COLONIE — The Planning Board gave the final go-ahead for a 15,000-square-foot medical arts building on a vacant lot on Troy-Schenectady Road.

The first two iterations of the project began as a three-story 50,000- and 40,000-square-foot, respectively. To address concerns of the Planning Board, developer J. Luke Construction scaled it down to the current configuration.

After it was scaled back, the Planning Board was more amendable to the idea and ground could be broken as early as next month.

It will have multiple tenants, and includes 88 parking spaces.

There was one waiver granted, to exceed the maximum 25-foot setback and construct the building 57 feet from Troy Schenectady Road. It would, said Luigi Palleschi, the engineer from ABD Engineers who presented the plan on behalf of J Luke, put the building in line with others along that stretch of road.

Of the 2.5 acres of land between Whitney Road and Bailey Avenue, the building will take up 13.7 percent, 36 percent of the land will be paved and 50.3 percent will remain greenspace.

The building is expected to generate about 30 vehicles during the morning peak traffic hours and 28 during the afternoon peak travel times.

Bailey Avenue and Whitney Road form something like the legs of a horseshoe with the arch connecting them being Audrey Road, a street lined with single family homes on both sides. That neighborhood would be directly behind the proposed office building and there will be a buffer and a fence constructed.

It was originally pitched as a new office building for Northern Mutual, a financial planning company that was looking to consolidate its operations.

Stony Creek is ‘obsolete to Colonie’

LETTER to the EDITOR: Proposed panhandling law is ‘heartless’