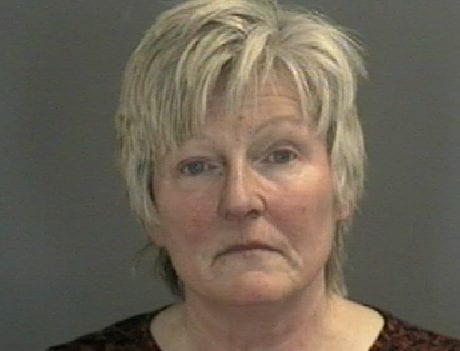 COLONIE — The director of the central register of the state Office of Children and Family Services was arrested for DWI after getting into a property damage accident on First Street.

Shelia McBain, 56, of Latham, then took off into the woods and the adjacent railroad yard and was tracked by K9 units, according to Lt. Robert Winn.

McBain hit the concrete post between the road and the railroad tracks, according to the arrest reports, and rolled her car.

She was found about 40 minutes later and she failed standardized field sobriety tests. She was charged with the misdemeanors of first offense DWI and operating a motor vehicle with a BAC of more than .08 percent as well as the infractions of leaving the scene of a property damage accident and operating a motor vehicle while using a portable phone. She was also issued a citation by the railroad police for trespass.