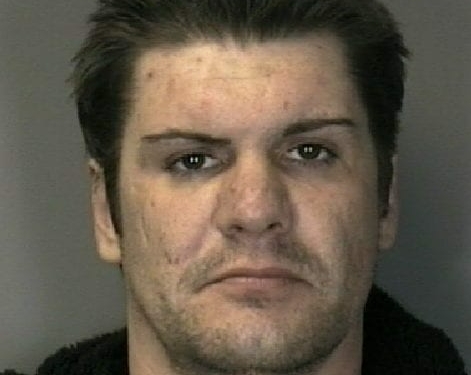 COLONIE – A routine check of a car outside a Central Avenue strip club found a loaded, stolen handgun and with a man with two warrants out of Greene County.

According to Lt. Robert Winn, at around 1:40 a.m., on Tuesday, April 10, Police Officer Austin Blais checked the occupants of 2013 Chevrolet Cruze in the parking lot of Shenanigan’s Gentlemen’s Club.

Inside the car, Blais found a loaded 9 mm Taurus semi-automatic handgun, which was reported stolen to the Dublin, Georgia Police Department in 2017.

During the foot pursuit and struggle to arrest Potter, two officers received lacerations and contusions to their hands, knees and elbows and required treatment at the scene. His was wanted in Greene County for a probation violation and a family court offense.

A small amount of marijuana was allegedly found on Potter and Howell had heroin in her possession.

They were taken to the Albany County jail pending arraignment in Colonie Town Court.