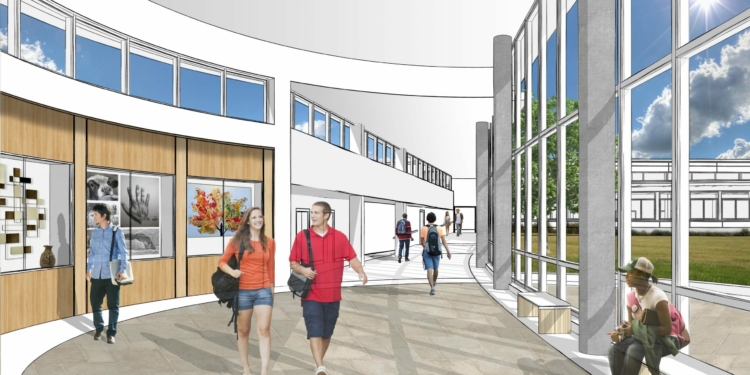 LATHAM — The North Colonie Central School District is preparing for a capital project vote that will determine whether or not the district can move forward with a $196 million upgrade project.

North Colonie Superintendent Joseph Corr has made 34 presentations since September about the capital plan.  He said that many people have been asking for absentee ballots, and the district has been holding meetings at night, along with on the weekends, to reach as many residents as they can to give them details about the project.

A vote regarding the massive upgrade project, which includes additions and upgrades to each school in the district, will be held on Thursday, Dec. 15. While the main driving force behind the project are rising projected enrollment numbers, some schools in the district have gone decades without upgrades.

“I think it’s going to be a good turnout. We’ve been very public in our process,” Corr said.

If the capital project is approved on Thursday, residents will see a tax rate impact of about 5.9 percent, or $252 in total over the three years, which comes to $84 each year. However, this tax increase will not take effect until 2022, at the latest. The district has been moving forward on the capital project at full speed, due to the fact that they are under a time crunch to be eligible for state aid in paying for the project. North Colonie currently receives state building aid at 69 percent as a result of the Maplewood School merger, which was added into the North Colonie school district in 2008.

But in order to access that aid, the district must have a general construction contract for the project signed no later than June 30, 2018, unless the state Department of Education grants the district an extension. If that deadline is not met, the state aid would drop to 52 percent, and the community would have to shoulder 48 percent of the cost, as opposed to the original 31 percent.

The school district’s enrollment is projected to grow by approximately 939 students over the next decade, according to the presentation. The influx of new students not only requires that the district revamp its now dated infrastructure to accommodate the increase, but also means that it has to take huge steps to keep up with the increasingly digital, collaborative classroom environment of the 21st century. For context, most recently, an addition to Shaker Junior High School was completed in 2002. The latest major addition to the high school was finished in 1970.

One of the most significant aspects of the project is the integration of sixth grade into the junior high school. Corr told SpotlightNews in August that after multiple meetings with the community and all levels of faculty, the district decided to totally integrate sixth grade into the junior high school, as opposed to putting that grade in its own wing in a building. Currently, Shaker Junior High School is divided into a hall concept with four halls. With the integration, the school will move to a five-hall layout, requiring the construction of a new hall. Science labs will also be updated, along with media centers, performance spaces and athletic facilities. Construction of the project will be done over a five-year period, beginning in 2018 and ending in 2022.

Though construction will be going on during the school year, Corr said that, as per state law, precautions will be taken that will minimize disruption in school, including work being done after hours and on the weekends.

Many of the new upgrades are being done with the intention of making the North Colonie schools more of a community resource, including the auditoriums, athletics fields and the pool.

“All these facilities now become community facilities,” Corr said. “I think we look at how we’re building assets for the community. It’s not just a school-based organization. We’re very much a part of the community, and we’re going to encourage and welcome community use.”

Another goal for the capital project is to create a school district that will not only give current students access to the most up to date classrooms and education tools, but will also be prepared to help future students succeed.

Voting for the capital project will take place at the district office at 91 Fiddlers Lane from 9 a.m. to 9 p.m.