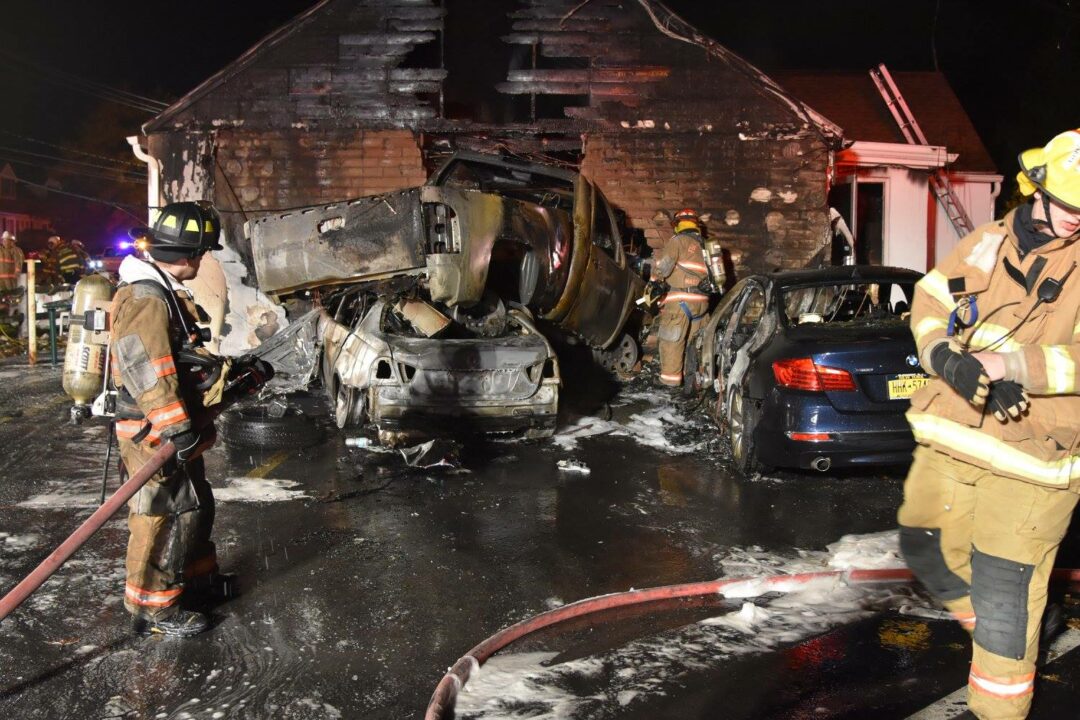 A car smashed into two other vehicles and then into Blessings Tavern on Watervliet Shaker Road before bursting into flames. (photo by Sidewinder Photography/Special to SpotlightNews.com)

UPDATE: Michael Carr has been charged with the felonies of vehicular assault and reckless endangerment and the misdemeanor of driving while ability impaired by drugs, according to Colonie police. He was remanded to the Albany County jail with a court appearance slated for Monday, Oct. 31 at 6 p.m.

Colonie police identified the 16-year-old passenger who was taken to the Westchester Burn Unit as Niko Dinovo, of Colonie. There is no update on his condition.

COLONIE – A 16-year-old was taken to the Westchester Hospital Burn Unit after the car he was riding in smashed into two other vehicles and then into Blessings Tavern before bursting into flames.

Three others were taken to the hospital with non-life threatening injuries.

According to police, 18-year-old Michael Carr, of Colonie, was driving a 2006 BMW on Friday, Oct. 28 at around 11 p.m. when it went off Consaul Road and into the parking lot of the tavern located at the “Y” intersection of Consaul and Watervliet Shaker roads.

The BMW hit a 2009 Chevrolet pickup truck and a 2016 BMW which were parked next to the building. The force of the crash sent the 2006 BMW underneath the pickup and both vehicles went through the tavern wall.

The 2006 BMW burst into flames and the driver and passenger were able to get out of the burning vehicle.

At the time of the crash, some 30 people were in the tavern.

Carr, the tavern’s cook and one patron were transported to Albany Medical Center for treatment.

There is no update on the passenger’s condition.

“All our customers got out safe … thank God … It was so bad … our cook Billy is in the hospital … it could have been much worse … thank you God … what an awful night … many prayers to the family of the passenger in the car that hit the building,” reads a post on the Blessings Facebook page.

Carr has not been ticketed as of Saturday afternoon, but Colonie police are still investigating.