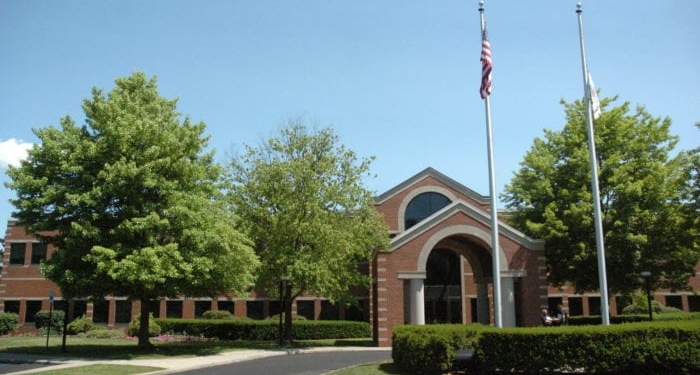 COLONIE — The Colonie Planning Board granted a waiver to Exit 5 Auto Group last week that will allow for a pavement increase on the property, but that waiver came with stipulations after the dealership allegedly ignored the Planning Board’s request that cars not be parked on the grass of the area.

At the planning board meeting last week, town residents Kevin Allen, who lives directly behind the existing parking area, voiced concerns about increased noise that he thinks the new parking space will bring.

“Any expansion of this business is a concern of mine because of noise,” Allen said. According to Allen, when Exit 5 Auto recently moved into the location on 625 Watervliet Shaker Road, he was told that he would not hear any noise from the air tools that were being used in the three garages on the property. Despite promises though, Allen said, he still hears noise.

“If they dress up the front of the building, great, but expanding business is a concern,” he said. A project representative said he couldn’t speak to the noise levels, but seemed skeptical that more noise would be an issue going forward, since the expansion is for parking, not for actual business operations.

However, Planning Board members were already familiar with another instance in which Exit 5 Auto Group did not adhere to promises that were made. Joe LaCivita, director of the Planning and Economic Development Department, noted that when Exit 5 Auto Group bought the building, the planning board backed off on its request that the dealership build a fence on the site that is typical of car dealerships in town due to the fact that the dealership is smaller than others in town and the fence could have obscured the car inventory. The planning board, LaCivita said, agreed to the compromise with the caveat that no cars would be parked on the front lawn of the site.

Months later, LaCivita continued, cars have been continuously parked on the lawn anyways. Now, the board said it would like so see some hardscaping, or a fence, on the property that would make parking on the lawn impossible.

“I think the point is that we made it clear that we didn’t want it to happen, and they promised it wouldn’t happen, and it happened anyway, so we want something there now that will require that it not happen,” board member Kathleen Dalton said.

“It’s got to be impossible to drive onto the grass,” Planning Board Chairman Peter Stuto added.

“I just want on the record that I am concerned about noise. This owner has obviously made statements that hasn’t followed through on,” Allen later commented.

The board ultimately agreed to grant the waiver with stipulations that include garage doors being closed during operating hours to minimize noise, a new addition to the front lawn that would prevent cars from being parked there, and the authorization to build a fence if that request is ignored for a second time. When Rhonda Allen voiced her skepticism about the noise, noting that she was told the first time around that she and her husband wouldn’t hear any, LaCivita assured her that the promise would not be broken again.

“I can guarantee that it happens this time,” he said.

At last week’s Planning Board meeting, project representatives requested a waiver for the site that would allow for a canopy at the front of the store and for maximum site build out.

When the project first came before the town’s Development Coordination Committee, said Joe LaCivita, director of the Planning and Economic Development Department, it was first pitched as a mini-mart. The project has since morphed into a 4,786 square foot store with six gas pumps. On the property right now is a vacant Philip’s Hardware store that will need to be razed to make room for the store, if the project is approved.

“This is not your average Cumberland farms,” said project representatives, demonstrating that the new store would be more upscale and modern-designed than older Cumberland Farms locations.

The project would increase greenspace on the site by 40 percent, but board member Kathleen Dalton raised concerns about increased traffic and vegetation elimination around the site, both factors that could pose issues since the lot is located directly next to residential areas.

“I’m certain that there’s going to be neighbors here concerned with the increased traffic, the increased noise, the increase in everything, and they won’t be wrong. So if you could start now thinking about how we’re going to answer them when they’re here, that would be useful,” Dalton said at the planning board meeting.

The board is also seeking comment from the Department of Transportation and Capital District Transportation Authority to determine what the most efficient method of allowing buses to move in and out of the lot in harmony with other vehicles would be.

Board grants tentative concept to project on sensitive land
The Planning Board heard a concept acceptance plan for Precision Industrial Maintenance Inc., a company that deals with cleaning hazardous or chemical waste materials.

Precision Industrial Maintenance currently has its headquarters on Erie Boulevard in Schenectady, and Todd Kilburn, owner of the company, has purchased the land at 1093 Kings Road he is seeking to move his operations to. Kilburn has requested that the land be subdivided into three parcels. Right now, according to project engineer Nick Costa of Advance Engineering, Kilburn would only be utilizing one of the parcels for the next five to 10 years until he is again ready to expand operations. Costa said the other two sections of land on the lot will most likely be up for sale if the land is subdivided.

There were some concerns regarding the company’s use of dangerous chemicals to do cleaning jobs, but Kilburn said that all of his chemicals are environmentally friendly, and that the chemicals are only used at the cleaning sites, and won’t be used at the Kings Road location.

“The chemicals that we use are green chemicals. Most of the facilities that we work at require that,” he said at the meeting.

However, the site falls into a conservation overlay district, which means there are tight guidelines that dictate how the land can be used in order to best protect endangered species and natural habitats.

Neil Gifford from the Albany Pine Bush Preserve mentioned at the meeting that continuity of conservation efforts is pivotal in restoring engendered species in the area, particularly in this location since the area to be developed falls directly between two protected parcels of land.

“This site in particular is important because of where it sits, immediately adjacent to occupied endangered species habitat, that we know of,” Gifford said.

Gifford suggested that an in-depth analysis be done of the site during the appropriate season to determine what endangered species occupy the land.

“Given the information that we were provided in the conservation analysis, it’s pretty difficult to assess what the potential level of impact is going to be,” Gifford said. “We really don’t know the extent that it may or may not support endangered species until someone goes out there at the appropriate time of year and evaluates what’s actually there.”

There was some back and forth between the board regarding whether the site should be examined environmentally as a whole or as a subdivided lot. Chuck Voss, the town designated engineer on the project, suggested that the board focus on the single parcel that will be used, but that it also would not be inappropriate to look at the land as a whole. Board member Kathleen Dalton commented that subdividing the lot might not be necessary, but Joe LaCivita, director of the Planning and Economic Development Department, said that there really isn’t a reason why his department would deny the subdivision.

“Well, except that it’s in an extremely sensitive area,” Dalton said. “As a town, we can say, ‘I’m sorry, no, that’s so sensitive, we want to leave it as one lot.”

Gifford noted that while the Pine Bush is able to buy parcels of land, the organization is publicly funded, and buying land can sometimes be a challenge.

Ultimately, the board granted tentative concept to Kilburn’s project, but requested that an expanded environmental study on the area be done. Peter Stuto, chairman of the Planning Board, encouraged Kilburn to communicate with the Pine Bush going forward with te project.

“If you all come to an agreement, it’s going to carry a lot of weight with this board, is my prediction,” Stuto said.