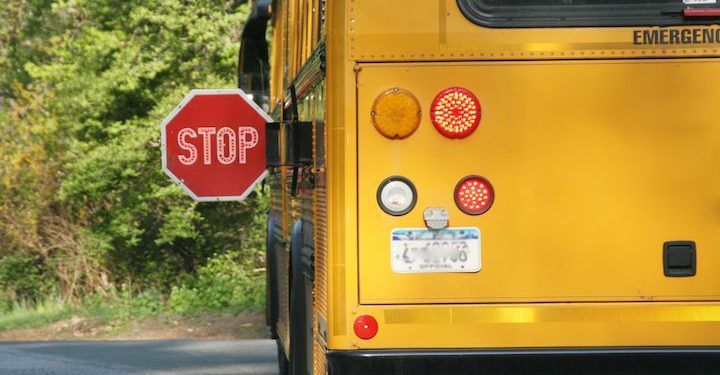 The stop arm cameras were installed at no cost to the district or the county, the district shared in an online statement.

“This is an exciting day as we welcome Bethlehem Central Schools into Albany County’s School Bus Safety Program,” said Albany County Executive Daniel P. McCoy. “They are one of the largest school districts in the Capital Region and the second to partner with us on this initiative. I want to thank them for putting the safety of their students first.”

BusPatrol’s stop arm cameras and sensors will be installed on the outside of BC’s buses. If a driver violates the required stop by passing around a bus, the artificial intelligence-equipped cameras will automatically record license plate details and a video clip of the violation, which will be sent to law enforcement for evaluation. Tickets will be issued to a vehicle’s registered owner unless the automobile is proven stolen during the offense. The owner can request a transfer of liability if someone other than the owner was driving at the time.

Violators will learn about the potential dangers of their actions in addition to a fine. The BusPatrol program offers a toll-free number that offenders can call; a representative will review the video evidence with them and help to educate individuals on the dangers of illegal passing.

According to the state Department of Motor Vehicles, penalties up to $300 can be levied upon the owner of a vehicle that passes a stopped school bus. The first violation carries a $250 penalty. A second violation within 18 months costs $275. A third violation, or more, within 18 months results in a $300 fine.

“Student transportation safety is top priority,” said Bethlehem Central’s Director of Student Transportation, Karim Johnson. “Stop arm cameras have proven to make a dramatic difference in buses being passed, this adds another level of safety for our students going to and from school. I’m grateful to County Executive Dan McCoy and BusPatrol for making this extra precaution a reality.”

Data from other safety programs demonstrates that 94 percent of first-time offenders do not receive a second ticket, and that 95 percent of drivers do not contest their ticket after seeing video evidence of their violation.

Passing a school bus with its stop arm extended is illegal in every U.S. state. An estimated 50,000 cars illegally pass stopped school buses in New York State every day, these stop-arm violations endanger the lives of students. Bethlehem Central School district will combat dangerous driving around its school buses with the installation of stop arm cameras, a new safety initiative, led by the Albany County Executive’s office, in a partnership between the County and BusPatrol.

“One child lost to reckless driving is too many, and our school bus cameras hold drivers accountable in order to prevent tragedies down the road,” McCoy said. “I hope that today’s announcement will encourage more school districts to opt into our program so every student across Albany County has this added protection.”

A percentage of proceeds from ticket revenue will go to BusPatrol America LLC in exchange for the service.