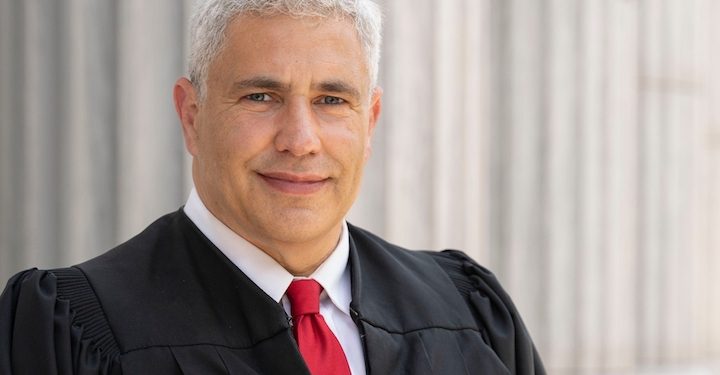 SLINGERLANDS — It is finally decided. Tom Marcelle has been elected to the State Supreme Court in the Third Judicial District after the NY Board of Elections certified the November 8 vote.

Marcelle was one of four candidates vying for three seats on the court. He was the only Republican and joins Democratics Meagan K. Galligan and Sharon A. Graff to serve in a district that includes Albany,  Rensselaer, Columbia, Schoharie, Greene, Ulster and Sullivan counties.

After election day and the counting of absentee ballots Marcelle led Heidi Thais Cochrane, the third Democratic in the race by just over 1,000 votes.

The slim margin triggered an automatic hand recount by the Board of Elections which was completed and then certified on Thursday, Dec. 15, according to Marcelle’s campaign. The final number was 999 that separated Marcelle and Cochrane.

Because of recent changes in the election law, and the contest was within one half of a percent, it had to be hand recounted.

“It was a five week project, but it worked out in the end,” Marcelle said. “It is a relatively new process of an automatic recount. A few votes changed in each county, but it really wasn’t anything significant.”

“It showed that there wasn’t much difference between the machines and hand counts,” he said.

Marcelle was the top vote getter in Green, Rensselaer, Schoharie and Sullivan counties while he gained the least number of votes in Albany, Columbia and Ulster. The term for the State Supreme Court is 14 years and handles criminal and civil cases.

The Third Judicial District has approximately 55,000 more enrolled Democratics than Republicans which made it a challenge, but Marcelle used his work experience in Albany County to overcome it.

It really wasn’t a new concept for him since he has a history of running races with slim odds of winning, including a 1993 run for Albany County District Atorney against Sol Greenburgh.

“At 31 you have no idea what running as a republican in Albany County is like, but I found out fast,” Marcelle said. “It was eye opening.”

During that time, 2001-2011 he was the Attorney for the Albany County Legislature Republican minority. But in 2012 his professional life would take a turn working for the Democratic-controlled County as the County Attorney.

He was then appointed by then Mayor Shawn Morse to be a City Court Judge in Cohoes. Morse was the former majority leader in the Albany County Legislature. Since then, he was reappointed by Cohoes Mayor Bill Keeler.

In the race for State Supreme Court, he was also the only candidate from the immediate capital district and was a familiar name and he believes that helped.

“I was the only candidate from Albany and Rensselaer counties, the two largest. I am from and I was known there,” he said. ”I had lots of strong supporters that were democrats that helped me that normally wouldn’t if there was another candidate from the area.”

Proof of that, according to Marcelle, is that he overperformed in all of the counties, winning more votes in those areas than Lee Zeldon.

“It showed that some people recognized me and my work,” he said.

Marcelle said it will not be a problem to be on the bench as a Republican in a Democratic-dominated area, however.

“I am going to be a judge of the law. What the legislature writes and the court of appeals upholds as law, I will follow.” Marcelle said.  “I am going to follow the constitution and not reach decisions based on my views. It is that simple.”

The Purple Pub to close its doors after 50 years