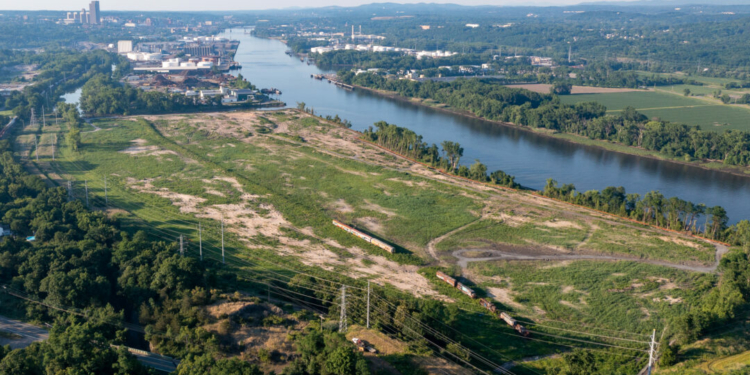 The Port of Albany was awarded the coveted bid to house one of the country’s first wind tower manufacturing sites last January. But the project has since been marred through a permit process bottled necked in part by the same federal grant.

When the Port applied for federal funding last August, the U.S. Maritime Administration moved into the lead agency role for the National Environmental Policy Act. All other reviews involving the U.S. Army Corps of Engineers and the National Marine Fisheries Service halted as a result.

By withdrawing its grant application, federal environmental oversight shifts back to the U.S. Army Corps of Engineers and the National Marine Fisheries Service.

“The partners all got together and said we cannot buy back time,” Hendrick said. “If we revert to the corps being the lead agent — the fact that they’re already this far down the road — we can pick up time and get people into the field working.”

The Port was waiting on obtaining a dredging permit from the U.S. Army Corps of Engineers, allowing it to move forward on the construction of a 500-foot wharf. However, the National Marine Fisheries Service and the Environmental Protection Agency both pushed to withhold its permit last month over concerns for the environment, including potential harm to sturgeon habitats.

Plans for the project have also been scrutinized by neighboring residents concerned over 2 million tons of fly ash left as waste on Beacon Island. The property was previously used as a dumping site by the Bethlehem Energy Center power plant before the Port purchased the land several years ago. The neighboring power plant was once coal-fired from 1952 to 1970 before switching fuel oil and then to natural gas in 1981.

When contractors clearcut 80 acres of trees and brush from the island in May, it sparked several protests, including from Glenmont residents who claimed they had were not informed of the expansion plan. More than two dozen filed an Article 78 proceeding in June.

In that suit against the Town of Bethlehem, petitioners acknowledge the town’s planning and zoning boards may have provided notice to entities within the mandated 200-foot radius of the project, but those are commercial properties, they state. But they say the scale of the project, including industrial noise, site view and potential increased traffic, should have called for broader attention.

Hendrick said he did not believe the Port was in jeopardy of losing the manufacturing facility.

“I think at the end of the day when people sit down, we met all of the requirements,” he said. “We didn’t try and shortcut any meetings, any process that went through, [or] any permits. If the processes that are in place are wrong, maybe there would be people — rule makers — that would take a look at that.

“But, no. None of my staff, in any way, ever looked at [taking] a shortcut with the notifications and the process that we follow.”

Construction for the site would employ roughly 500 workers from unions, trades and labor divisions. Once the manufacturing facilities are completed, an estimated 500 permanent employees would begin work at the plants. Offshore wind towers and transition pieces will be manufactured and temporarily stored on-site at the facility until they are ready to be shipped to their final destination for construction and installation in the Atlantic Ocean.