My Place & Co. to celebrate 40 years with outdoor tent party on Saturday 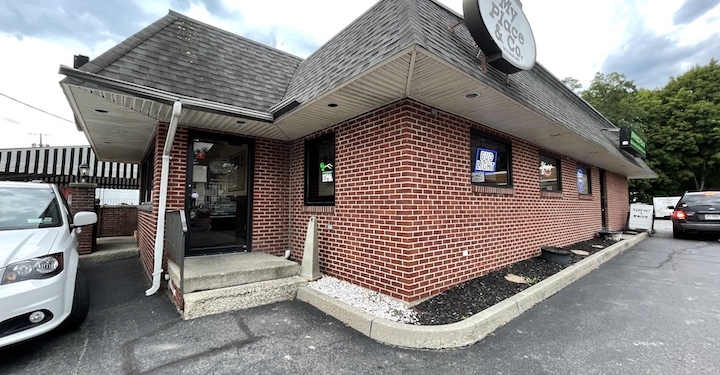 ELSMERE — My Place & Co. is home, and has been for town natives coming back from college and beyond for the last 40 years.

The bar-restaurant nestled within an uncanny crook defined by an elementary school and a daycare center has been a family establishment since Noreen Giacone opened its doors in 1982.

Her son, Jim, joined soon after. Working the kitchen during his summers off from studying at the University at Binghamton. His proximity to Buffalo helped inspire the idea to introduce chicken wings to the menu. He’d later persuade his mother to offer delivery, bringing food to their customers’ own place and company.

“And some people thought I was crazy,” Jim said, noting that fast food loses its taste if left standing over an extended period of time, like a car trip to a customer. “You know, they have big diminishing decrease in taste over a short amount of time. But I noticed with the wings, they travel very well.”

Shortly after earning his degree, he joined his mother as a business partner.

Aesthetically, there is nothing suggesting it as being a Michelin Star restaurant. It is unassuming. It is what it is. Its atmosphere is captured in the eatery’s name. From within its vestibule, patrons walk by a tribute to Noreen who passed away in 2016.

On a Sunday afternoon, a half dozen football games play out on flat-screen televisions surrounding a horseshoe bar. Hardly a stool is vacant in this brightly-lit living room.

Locals mingle with visitors passing through. Brett Vincent shares pictures he snapped of President Joe Biden during a recent trip to Washington D.C.  He travels across the Northeast corner of the country on Amtrak’s coin as one of its drivers. Across the bar another man from Watertown explains he coming to town Canton and Plattsburgh before turning right down the Northway.

Jim credits the eatery’s longevity to both his father’s guidance from the beginning to his implementation of a team structure with the staff. He’s had employees stay for more than 20 years knowing they have a hand in the place’s success as much as anyone else.

Today, Jim is preparing the eatery for the family’s third generation to take over the business. He describes it as a long process. One that’s not going to happen overnight. Which only means you’ll still find him in a chair when football is on, cheering on his Jets.

My Place & Co. will celebrate its 40 years in business with an outdoor tent party on Saturday, Sept. 24, from 6 to 10 p.m. The evening will feature food, drink, a bounce house for the kids, an arm wrestling competition and live music from Working Class.