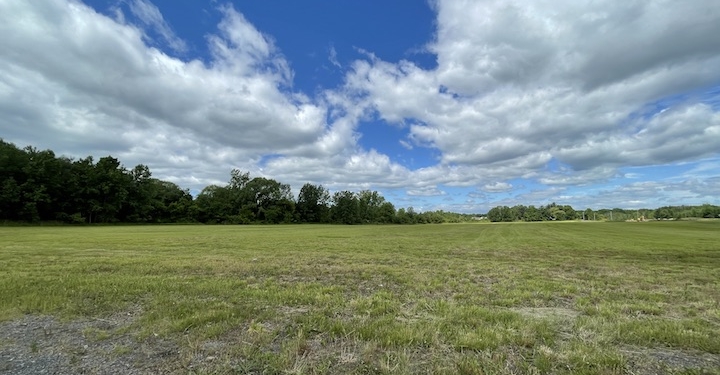 GLENMONT — Bethlehem’s effort to conserve 307 acres of farmland is all but done after Town Board members last month unanimously approved funds to proceed with what will be a $3 million purchase. It’s technically subject to a permissive referendum, placing the decision in the hands of residents should enough townspeople petition for it — and that may just happen.

Board members voted 5-0 to move $2.2 million from the town’s Farms & Forest Fund to purchase nine parcels of land — including three of the four corners along the intersection of Wemple Road and Route 9W — from Milltowne Plaza on Wednesday, June 22. The immediate benefit, VanLuven explained, would be to place agricultural easements on it, preventing development and preserving the area’s agricultural character.

It will be part of a total $3 million dollar purchase of 307 acres Town Supervisor David VanLuven proposed last month. The land purchase would come from various municipal funds, avoiding a municipal bond or any additional taxes. The aggregate value of the land was appraised at $4,032,500 in February by Schecter Valuation Services, LLC, a company commissioned by the Town.

VanLuven said other land-use options to explore would be to designate one of the parcels for a future park, sell the land with aforementioned use restrictions, partner with nonprofit farm organizations or rent parcels to farm operators — which is presently done on eight of the nine parcels.

Resident Steve Peterson questioned the purchase before announcing to board members he would be collecting signatures to petition it to go before voters. He was responsible for forcing the Delaware Avenue Complete Streets and Road Diet project to a public vote, which ultimately lost in the polls last November.

“I’m not against open space,” said Peterson, “It’s about the process.”

The Route 9W corridor has long been viewed as a target for future development. It was first documented in the town’s original comprehensive plan nearly 20 years ago. Since then, new residential neighborhoods have developed along Fuera Bush and Wemple roads. In his presentation to the Town Board, VanLuven argued that the purchase would prevent future and conserve the farmland. Among the nine parcels in consideration is Heath’s Dairy Farm on the northeast corner of Route 9W and Wemple Road. The historic farm accounts for three corners of the intersection. The northwest corner is designated for a proposed 96-unit multifamily development.

With the recent passing of the town’s Comprehensive Plan Update, new town zoning will label the disputed land as Rural Multi-Use. The new designation is defined in the updated document as “low density residential and commercial uses due to limited infrastructure available.” Land presently identified as agriculture or possessing prime farmland falls under this classification. The designation follows several months of discussion fueled by residents advocating for both open space and farmland conservation. The Town still has to pass new zoning ordinances in order to codify the classification.

Peterson argues that under the town’s new zoning plan, the 307 acres are in no danger of future development anytime soon. From the signatures he has gathered so far — he needs nearly 900 in order to push the vote to the polls — he said those residents have questioned why the money is being used on land and not on other needs.

VanLuven said residents have named farmland protection as a priority. In the Town’s Open Space Survey in 2018, approximately 91 percent of survey takers named farmland conservation as highly or somewhat important. Assuming the land was left for development, the Town estimates an additional 1,000 vehicle trips at the Route 9W and Wemple Road intersection during the evening peak hour.