Tips to avoid fraud when it comes calling you 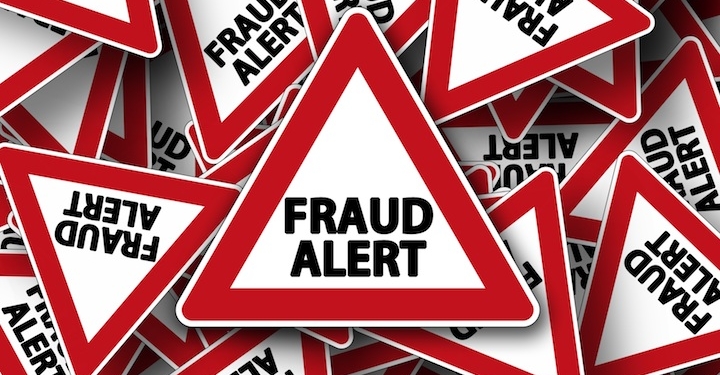 DELMAR — The phone rings and on the other end of the line is someone saying your grandchild is in jail in another state and needs bail. You are their only hope. The caller is convincing.

Another claims they are a federal agent and they will put money in your account so the FBI can catch a criminal. One catch is that the agent says you have to send the suspect the money out of your account so the Feds can track it and catch the bad guys. You are the agent’s best hope to get them. The caller swears you to secrecy, even to your family and of course the local police. The caller is convincing.

The scams sound hard to believe, but these are two examples of recent scams that Bethlehem police Detectives had to investigate and attempt to recover a victim’s money.

The frequency of financial crimes, in many different forms, is growing here and everywhere.

Luckily, in both cases, the money never made it to the criminals, but most times the criminal cannot be brought to justice.

“It could be anything financial related. Bank account or a grandparent scam, which we are beginning to see a lot more of,” Bethlehem Detective Sgt. James Cross said. “People are taking advantage of elderly people so much more and it is a problem because they are much more reluctant to call the police or family member because they don’t want to admit that they are losing their faculties a little bit and they get embarrassed.”

Criminals are very good at drawing victims in and that is when it becomes extremely costly to the victim.

He gave another example of an online purchase of a dog. A local victim found and purchased what they thought was a pure-bred puppy.

“A woman purchased a dog online for approximately $2,000 dollars and then the seller said they needed an insurance policy to transport for another $600. And before she knew it there was more and more,” Cross said. “The scam ended up costing her over $200,000 over the course of two years, even after police told her to stop sending money for a dog that did not exist.”

Businesses and financial institutions are becoming really good at spotting the scams and often they notify the police, even when the victim doesn’t yet realize they are being scammed. They also have a vested interest in making sure the scammers are stopped because they are victims as well, especially when credit cards are involved.

“We often think: ‘this is why credit card interest rates and fees are through the roof.’ Where does all that come from? It probably comes from all the fraud that occurs and they have to charge somebody, somewhere to make up that money,” Cross said.

In general local businesses work with police to catch the bad guys, by providing video footage or detailed payment information so the scammers can be tracked and the payments of victims reversed.

“We are very thankful for the banking people who are paying attention to what is going on and that small-town bank relationship is really nice. They are the ones that often notify us that something strange is going on,” Cross said. “Businesses usually are willing to work with us because they will ultimately be charged back by the credit card companies and be out the money,”

Even after identifying criminals and determining how and when it was done, the priorities of the detectives have changed to recapturing a victim’s money versus the almost impossible task of bringing the criminals to justice.

“Getting the money back to the victim has, unfortunately, become our goal and we don’t necessarily care about the prosecution part,” Cross said. “We want to get our victims back their money and made whole so they can move on with their lives.”

Since most of the criminals are outside the state and many outside the country, it is rare to see them in Bethlehem to face a judge. New York’s bail reform law and limited resources make it even more difficult.

Another case involving a homeowner that had their checks stolen during a closing on a real estate sale is a good example. Four checks were somehow copied and fraudulent copies of the checks were cashed in New Jersey.

According to Bethlehem Police Cmdr. James Rexford, detectives found the person who cashed the checks in New Jersey, traveled there, brought them back and charged them with four felonies only to have them released on their own recognizance. The thief did not return for court. The bank in this case did, however, refund the victims.

“What do you do? Your victim is made whole and do you continue to go back and forth to NJ and bring this person to justice?”  Cross said. “We have to weigh that out Manpower-wise and ask if it is worth it economically.”