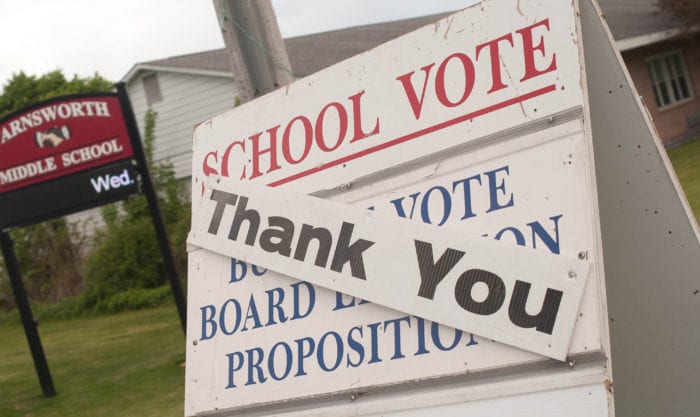 LOWER CAPITAL DISTRICT — All four public schools within our readership received passing grades from district voters who approved their respective budgets for next year on Tuesday, May 18.

The Bethlehem Central School District received support across the board as voters approved both its $102 million budget and three bus fleet propositions last night.

Approximately 82 percent of the 2,555 district voters approved the 2021-22 school budget. Support for each of the three bus fleet propositions was nearly as outright, allowing the district to go ahead with purchasing at least five electric buses next year. In doing so, Bethlehem Central will be among the first districts in the state with electric buses.

“We are so appreciative of this community not only for approving our budget and bus propositions but for its unwavering support of our schools especially this year and last,” said Superintendent Jody Monroe. “We have been living in uncertain times but never once doubted this community’s commitment to education or to the safety and well-being of our students and staff.”

Voters approved the bus purchase proposition by a 1920 to 641 margin. The electric bus infrastructure proposition was passed by nearly the same margin (1,939 to 621). The third proposition, which will outfit the district’s fleet with GPS/Telematic hardware, was approved 1,948 to 604.

The purchase of the electric buses in 2021-22 is contingent on grant funding from the New York State Energy Research and Development Authority. The district has announced its intention to transition its bus fleet to zero-emission electric buses and is currently awaiting a funding decision from NYSERDA.

Voters also elected two candidates to serve on the Board of Education. Katherine Nadeau received 2,056 votes and Willow Baer received 1,990, each earning a seat on the Board for three years beginning July 1.

It will be the second term for Baer, a current member of the Board of Education. Nadeau will be new to the seven-member Board this year.

Monroe said turnout for the annual budget vote was greater than expected given the effects of the pandemic.

“It was wonderful to be able to welcome our community members back to BC,” said Monroe. “We look forward to being able to do more of that when health and safety guidelines for schools allow it.”

Ravena-Coeymans-Selkirk Central School District’s $48.6 million budget was approved for next year. Residents voted 497 to 118 – or 81 percent – in favor of it.

The budget proposal was below the district’s assigned tax cap and required a simple majority of voters to pass the budget.

Three incumbents were reelected to the Board of Education: Kristin Hill-Burns with 523 votes, Howard Engel III with 527 votes, and Edward Reville with 504 votes.

There was relatively less support for Guilderland Central’s $104.9 million budget, as 68 percent of residents approved the plan.

The budget, which carries a 1.89 percent increase in spending over the current year’s budget, was approved by a 1748 to 829 margin. The budget will also increase the tax levy by 1.28 percent.

Residents also approved the purchase of eight 66-passenger buses and a district delivery vehicle, by a vote of 1794 (yes) and 782 (no). They also elected Seema Rivera (1707 votes), Blanca Gonzalez-Parker (1481) and Nathan Sabourin (1400) to the Board of Education.

Included on the ballot was a purchase plan for three buses, to which voters approved 382 to 111, and a proposition to increase the Capital Project Reserve, which passed 373 to 113.