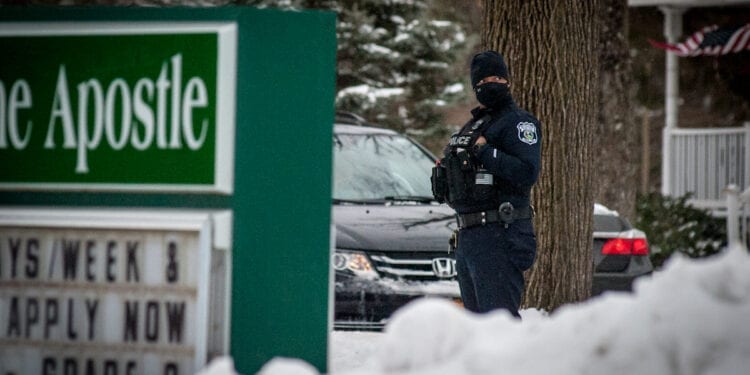 DELMAR — The Albany man arrested for a phoned threat to St. Thomas the Apostle School in February, was released under the supervision of the Albany County Probation Department by the Bethlehem Town Court.

Michael A. Litz, 35, is two felony charges of making a terroristic threat and aggravated harassment as a hate crime, after an alleged phone call to the Delmar private school.

Litz also faces separate charges for a potential violation of his probation after a misdemeanor harassment conviction in Albany last September. According to the Albany County District Attorney’s office, he was sentenced to probation in that case with mental health conditions.

The violation of that case also remains open and pending.

Court did not set bail in response to the terroristic threat case, said the DA’s office. He was released under the supervision of the Albany County Probation Department by the Bethlehem Town Court after arraignment on Feb. 22.

EDITORIAL: Bethlehem’s police reform includes some blows below the belt