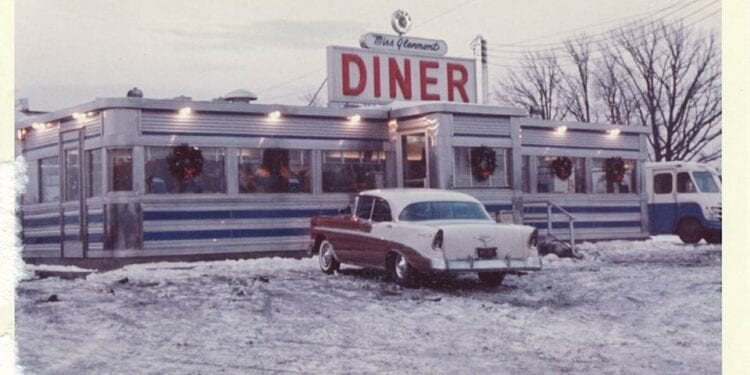 UPDATE: FRIDAY, MARCH 19, 2021, 7:05 A.M. — Stewart’s Shops released a statement late yesterday afternoon to share it is working with the diner’s owner to preserve “this community treasure.” The article below has been revised to include this statement. The full statement is captured in the article’s second paragraph.

GLENMONT — Stewart’s Shops is proposing yet another expansion project in Bethlehem, the latest of which impacts the old Miss Glenmont Diner on Frontage Road.

“Stewart’s is working with the current owner to preserve the pre-fabricated Art Deco portion of Johnny B’s Diner and has no intentions of demolishing this community treasure,” Stewart’s Shops stated in a release to Spotlight News after details of the chain’s expansion suggested the diner would be demolished.

At least one of the two buildings is to be razed to make room for a new, 3,975-square-foot convenience store, a 2,000-square-foot fuel island with four pumps, and another 840-square-foot diesel canopy with two fuel islands. The chain will add an additional 6,000-gallon diesel tank to the fuel storage tanks already in place.

“Stewarts’s is very excited for this opportunity to reinvest and revitalize this existing site,” stated James Gillespie, of Stewart’s Shops, within the application submitted in February. “The consolidation of the two parcels will allow us to begin the essential changes needed to ensure continued success at the location … with additional greenspace and landscaping throughout the site…”

The initial proposal, submitted to the town in February, suggested the diner was subject to demolition. News of the plan was met by public outcry over social media. Stewart’s Shops’ latest statement reveals a common interest in preserving the eatery’s history.

The Silk City Diner model that sits on 21 Frontage Road has been there since 1962. It’s the second of two that have been there. The first succumbed to fire only a year after it opened.

For generations, the restaurant had fed residents and local businesses under the Miss Glenmont sign — one of a few similarities it shared with Miss Albany Diner in the Capital City’s Warehouse District.

Miss Albany Diner is an older cousin of the one in Glenmont. It was built before World War II in 1941. Through the years, it had retained many of the characteristics that distinguish Silk City Diners from others.

The Art Deco style buildings, with cherry wood and porcelain-enameled steel, and geometrically tiled floors, were built to resemble train cars. Only 1,500 of the Silk City Diner model was made by the Paterson Vehicle Company from 1926 to 1966.

The Broadway eatery preserved the look so well, it was used to shoot a scene in the 1986 film “Ironweed,” starring Jack Nicholson and Meryl Streep. In 2000, it was listed on the U.S. National Register of Historic Places.

The Glenmont restaurant has been known by a few different names over the years, the last 15 of which it’s been called Johnny B’s Glenmont Diner. It was the last place to stop and eat before Routes 9 and 32 split away from one another as motorists drove further into town from Albany. It’s also one of the few places for employees of YRC Freight, Geist Brothers, and visitors of Quality Inn and Suites to walk over and grab a bite.

John Behiri, the eponymous “Johnny B,” had embraced the power of social media. Each day he’d post his daily specials on Facebook. Homemade chili was always on the menu. The pandemic closed its doors last March. By the following June, Behiri shared the message “with a very heavy heart” that they’d remain closed for good.

“I’d like to say that it was a great honor and pleasure being part of the business landscape in such a wonderful community,” he wrote. “And whether you only came in once or were a regular, we thank you and greatly appreciate that you chose Johnny B’s.”

The application was presented before the Bethlehem Economic Development and Planning Committee on Thursday, March 18.

Stewart’s Shops currently has a second expansion proposal in front of the town Planning Board. That plan, located at an existing Stewart’s property at the Delmar intersection of Elm and Delaware avenues, is stalled as the store chain attempts to fit those plans within property buffer restrictions.