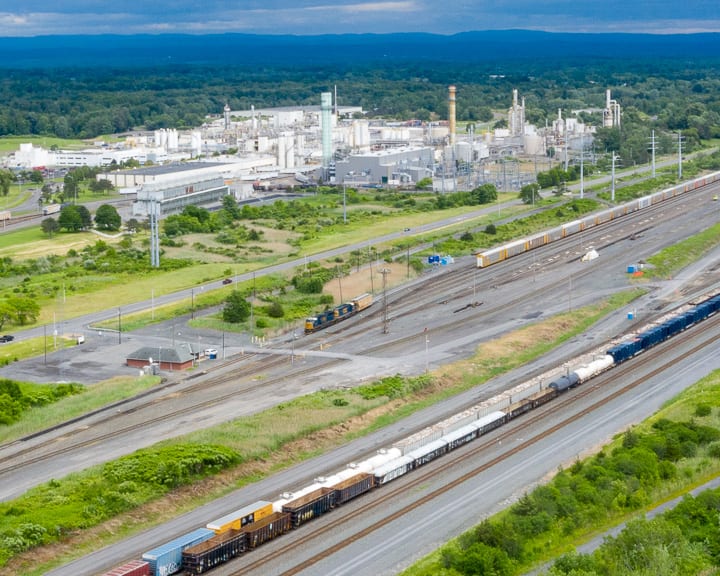 SELKIRK — The railcar responsible for leaking styrene gas, forcing authorities to issue evacuation orders and scramble several state and federal agencies into action, had sat at the SABIC plastics plant for more than three months.

When compared to the details surrounding a 2005 incident in Cincinnati, Ohio, that time may have played a factor in the accident.

According to the state Department of Conservation’s ongoing investigation, the railcar arrived at SABIC on May 26. The railcar containing approximately 180,000 gallons of liquid styrene monomer had remained at the plastics plant since its arrival.

Styrene monomer is transported by tanker car where temperatures are monitored to prevent spontaneous polymerization. It is flammable and highly volatile, so an inhibitor is used to prevent a reaction from occurring. High temperatures and the passage of time, however, will reduce the effect of the inhibitor as it breaks down.

The DEC continues to investigate the cause of the accident. Falling short of attributing cause, a spokesperson proceeded to describe an “exothermic reaction” and its “potential to result in an explosion” when asked to recount the Sept. 1 incident.

Early photographs from Albany County Sheriffs showed the railcar hitched to several more tankers as firefighters doused it with water in their effort to cool it down. The DEC would neither confirm how high the temperature reached inside the car nor would it say how many more cars contained the monomer.

After the incident, Bethlehem Town Supervisor David VanLuven had shared over social media a picture from inside the emergency response room. The picture appears to show representatives from various agencies observing a thermal image, depicting pockets of yellow and orange spots against a field of purple. A label affixed to a crosshair hovering over the brightest spot on the railcar indicated an apparent temperature of 132.7 degrees. Temperatures above the monomer’s flashpoint of 88 degrees cause the liquid to form an explosive vapor.

“Exothermic reactions in a closed system have the potential to result in an explosion unless temperature and pressure are properly managed,” said Kevin Frazier, a spokesperson for the DEC. “The design purpose of pressure relief valves is to release elevated heat or pressure.”

The early morning gas leak prompted authorities to issue evacuation orders to non-essential businesses within a half-mile of the facility and shelter-in-place notices to residents living within an additional mile of the plant.

Representatives from more than a dozen different agencies responded to the accident. They included members of the state DEC, Homeland Security and Emergency Services, New York National Guard Civil Support Team and the governor’s office. As firefighters tended to the tanker at the plant, another fleet of emergency vehicles stood at the ready a mile away at Elm Avenue Park.

The situation was stabilized overnight, allowing authorities to open roadblocks and to let businesses return the following morning. A representative from SABIC later apologized at a press conference but offered no additional information.

In addition to the DEC, the Occupational Safety and Health Administration is conducting a separate investigation.

In recent years, the DEC has fined SABIC for various violations. In 2015, the plant was slapped with a $30,000 fine after open chemical valves were observed to bypass the plant’s pollution control system, allowing the release of styrene, xylene, methanol and toluene. That incident followed a series of previous violations in 2011, 2013 and 2014 in which the company was fined a total of $257,000.

SABIC’s most recent incident resembles another accident that occurred in Cincinnati in 2005.

In August 2005, authorities closed an airport and evacuated residents within a one-mile radius of a railcar that was observed to be leaking styrene gas.

AristaTek, a hazardous material handling specialist in Wyoming, reviewed the case and determined time played a factor in that accident. After investigating the details of the Cincinnati incident, it determined handlers of the railcar had erred by allowing it to sit for nine months.

In the specialist’s report, the inhibitor likely depleted after just three months.

“The safety valve did the job it was designed to do, to release excessive pressure buildup slowly avoiding a catastrophic explosion,” stated the AristaTek report. “The error was that the rail car was allowed to sit there for nine months, during which time the inhibitor became depleted.”