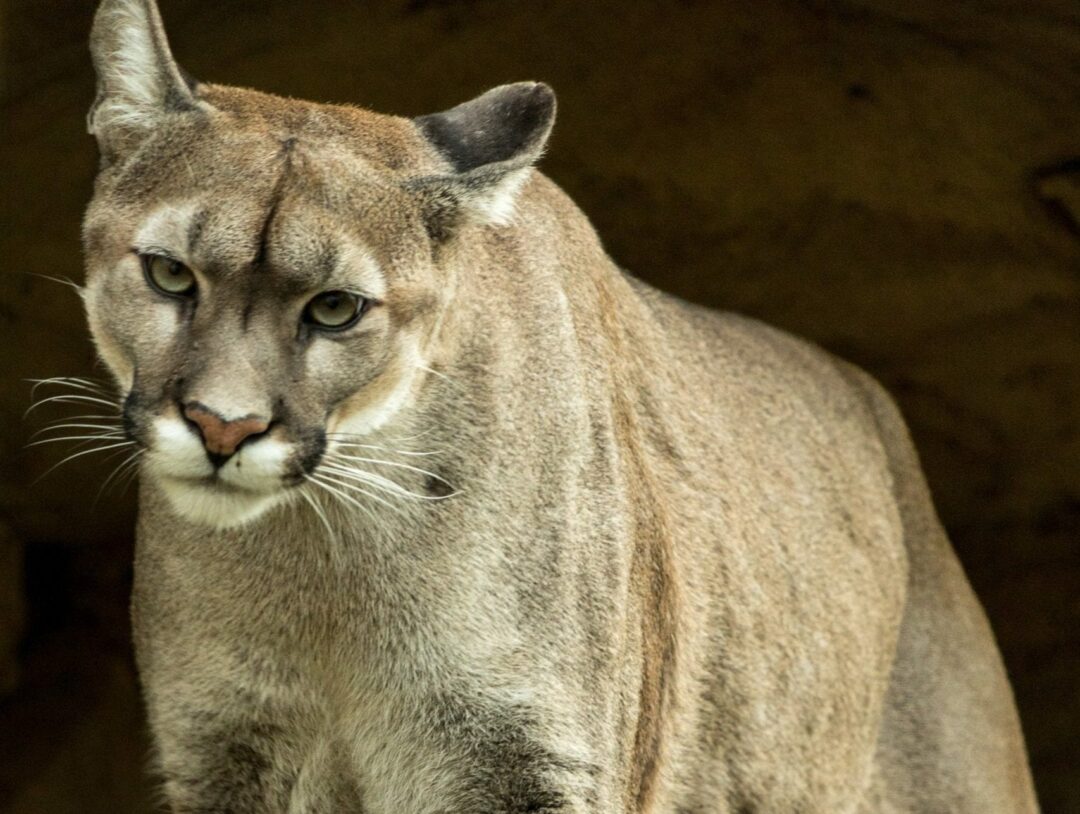 BETHLEHEM — Careful. That may not be your neighbor’s cat in the garden.

Local residents have shared recent encounters with wild cats on social media. Bobcats — and a possible mountain lion — have been mentioned within the past few weeks.

Rachel Flood was in the backyard of her Feura Bush Road home two weeks ago when she snapped a picture of an apparent bobcat walking along her hedgerow.

“It didn’t seem to be bothered that I was outside,” she stated. “Thank goodness, because I completely froze.” Flood said she later called the town animal control officer to share what she saw.

Adult bobcats are twice the size of a domestic cat, according to the DEC. Long hairs around their cheeks and tufts of fur atop their ears give them an angular look. As they run away, they are distinguished most often by their stubby tails.

“We get calls about bobcats in that area a couple of times a year,” said Mandy Bailey, a wildlife biologist for the DEC. “They are definitely around.” The DEC maintains a furbearer survey that allows residents to report sightings to the state. Bailey was aware of a sighting in early August, but nothing else. “But I think a lot of people don’t necessarily know what to do.”

Seeing either can be a jarring experience; whether you are an ardent, outdoor adventurist or casual, backyard gardener. As predators, they do their best to avoid detection. This time of year, however, the wild cats are on the move, said state DEC officials.

Though bobcats can be common in this area, mountain lions are rare. Both like rocky terrain and feed on the same animals; deer and rabbit. Bobcats have maintained homes in the Adirondacks, Taconics and Catskills. Though they flourish more in the mountains, a bobcat’s territory can cover up to 30-square miles. That can cross over backyards secluded enough from the bustle of traffic. In all, bobcats occupy nearly one-third of New York state.

Aggressive hunting and urbanization destroyed native mountain lion populations in the late 1800s. Bailey said there hasn’t been a breeding population in New York since the 1800s. That doesn’t make them foreigners to the Empire State. Bailey’s office receives approximately 50 sighting reports a year.

“We do get quite a few sightings throughout the year,” the biologist said. “Most of those just turn out to be mistaken identity. … a lot of them are bobcats. Some — especially from trail cameras — are actually house cats but it’s so hard to tell scale. On the camera, things look bigger.”

Residents throughout Bethlehem have claimed to see one over the years, and as recently as a few weeks ago.

“A mountain lion was spotted by many workers and truck drivers near the Callanan quarry in South Bethlehem a week or two ago,” Donna McMullen stated. “About seven years ago I saw one hit and dead in the road on Rte 32 in Feura Bush. We have trees and mountains with water and wildlife — of course they are living around here!”

The state DEC has yet to confirm mountain lion sightings in the area. The last confirmed case was in Lake George several years ago. The Warren County sighting was confirmed through the analysis of scat and hair samples. Those samples allowed experts to match the cat from Lake George to one subsequently found dead in Connecticut weeks later. Through continued studies, experts determined the mountain lion originated from the Dakotas.

“My husband and I saw a mountain lion in our backyard last year,” Jill MacLean stated. The Colonial Acres resident said she had no doubt in what she saw. There was plenty of daylight, and the big cat’s “long, powerful twitching tail” left an impression upon the couple. “It was so big when it walked out of the bushes, my first reaction was that someone was playing a joke on me.”

Mountain lions can weigh up to 175 pounds. North Dakota Game and Fish describes the big cats as “sleek.” They have the body of your house cat, with a short face and rounded ears. Their coloring ranges from tan with white accents on the chin and tip of the tail, to nearly all black. Though there’s no documentation of “black” mountain lions, North Dakota Game and Fish states “many” sightings are of black ones.

In North Dakota, the mountain lion is hunted game, which may help contribute to its habit of traveling hundreds of miles. Bailey, however, said some of the movement we’re seeing this time of year is from the young moving out of their respective dens. Both cats are solitary animals, unless a mother is traveling with her young. Kittens are born in the spring, and stay with the mother for the duration of the year. They move out on their own before another brood is born the following season.

Bailey said mountain lions have yet to reestablish themselves in New York. Mountain lion hunting, however, started in North Dakota last week.

“I’ve heard all the claims that [mountain lions] don’t exist here,” MacLean stated, “but we saw one, and it was an experience I won’t forget.”