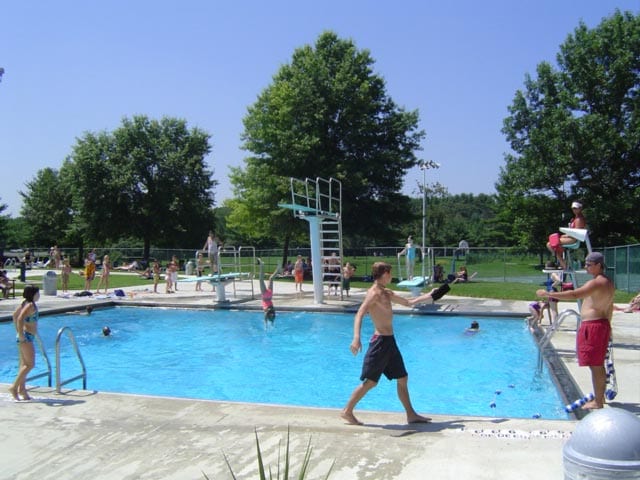 Photo provided by Town of Bethlehem

BETHLEHEM — The Town Board voted unanimously on Wednesday, May 27, to set aside MidAtlantic Construction’s bid and award the contract to build a new dive pool to P&S for $822,000.

The town originally awarded the contract to MidAtlantic Construction in February for $719,000.

Deputy Commissioner of Public Works Paul Penman said MidAtlantic informed the town that it made “some assumptions on how [it was] going to build the pool and what was included.” After the town informed it that the pool had to be built the way it was bid, MidAtlantic wanted more money and a change order to correct those assumptions.

In a follow-up phone interview this week, Penman explained that the assumptions MidAtlantic made centered on two items. First, MidAtlantic planned to make the pool’s volume bigger by slightly changing the pool’s set dimensions.

“When we ran our calculations, it determined that it would impact the pool’s filtration rate,” he said. “We have a filter system that cleans the pool and it is sized to treat a certain amount of water for a certain amount of time. Their planned changes would have added more water to the pool so we wouldn’t get the same filtration rate and we told them it wasn’t acceptable.”

Second, MidAtlantic planned to use the existing dirt that surrounds the original dive pool as backfill. “But the soils report we’ve done said they weren’t acceptable and can’t be used,” Penman said. “It’s known as structural fill; when you put it back and compact it, you don’t want any settlement under it. The concrete panels may settle or heave afterwards. There was a certain compaction requirement and the existing soils weren’t adequate to be used.”

He added that upon learning this, MidAtlantic then wanted to be paid more money to bring in more backfill.

As the town refused, MidAtlantic declined to execute the contract’s award and the town put a claim in against its bid bond which would help recover around $30,000 — this is one way the town can mitigate the contract’s increased amount.

After MidAtlantic’s departure, Penman recommended the town set aside the bid and go to the number two bidder, P&S.

Town Supervisor David VanLuven said in Penman’s experience, this was only the second time a bidder failed [its] bid bond which is “a very unusual and unfortunate situation but I think we’ve got a positive path forward.”

Penman said he has not experienced a situation like this for about 30 years now.

It remains unclear when construction would start; Penman said the contact is written to have construction start in September but P&S indicated it’s willing to start in July to have more time.

“Either case, it’ll be open for next year’s pool season in summer 2021,” Penman said.

As the Elm Avenue Park pool complex will be closed this summer due to COVID-19 until further guidance from the state Department of Health, the Town Board acknowledged that guidance could come any day and discussions will continue about whether to construct the dive pool this summer if the pool complex reopens and possibly disrupt users’ experience.

ON THE BOOKSHELF: Fantastical fiction (adults)