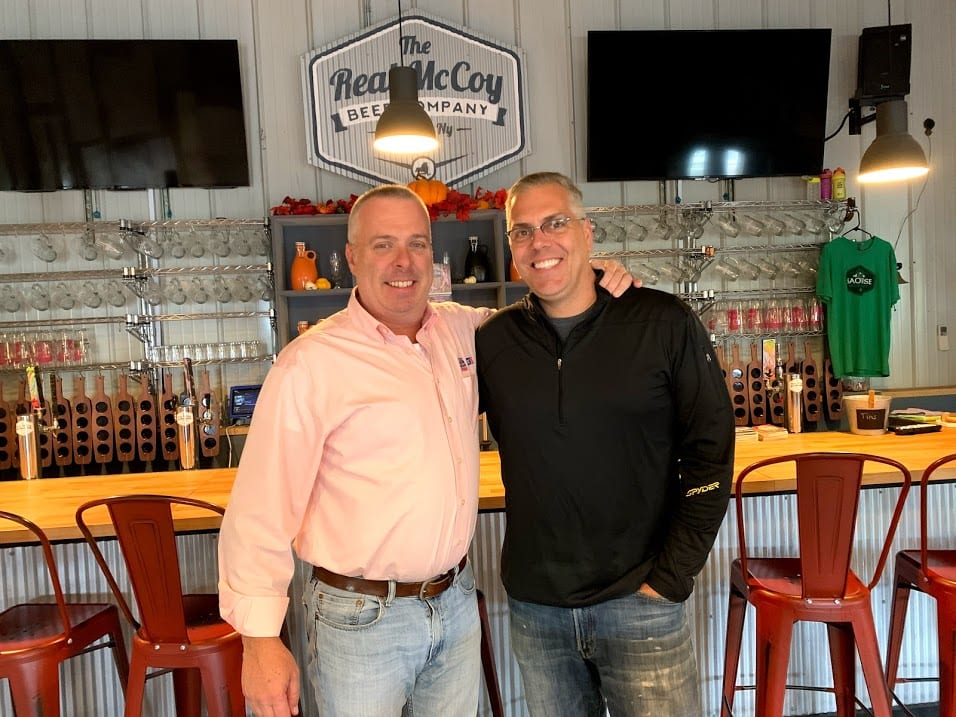 BETHLEHEM — Men. Pink. Money. Breast cancer. These four terms may not initially make sense together, but Real Men Wear Pink wants to educate people about how they can collaborate to foster change.

Real Men Wear Pink, a nationwide campaign that benefits the American Cancer Society, seeks to raise money and awareness about breast cancer, related resources and an avenue to find a potential cure. The Capital District has its own team of Real Men Wear Pink, where it has already raised over $89,000 as of Friday, Oct. 4 with an ambitious goal of $250,000 overall. In the town of Bethlehem, people are encouraged to attend a contributing fundraiser at the Real McCoy Beer Co. on Saturday, Oct. 12 from 2 to 8 p.m.

Local longtime meteorologist Jason Gough, who worked numerous years at WNYT and now posts weather updates in the Times Union and his own website at JasonsWeather.com, is spearheading this fundraiser for the second consecutive year. “I thought it would be nice to have a fundraiser in a local place with good folks that run it and it’s like a community event that brings a lot of people together,” Gough said. “The location is great also for its proximity to the Rail Trail and many people already know about the Real McCoy. There’s a lot of open space and it all works out really well.”

Gough added that while over 220 people attended last year’s fundraiser which generated around $3,500, there “is no real goal amount this year but to raise as much money as we can.” This time, people can expect a small $5 entrance fee and entertainment with food trucks, raffles, a photobooth, live music from two local bands — Katsura and Rumble Kings — as well as glasses of beer. Numerous pint glasses come with a pink version of the Real McCoy’s logo to help continue raising awareness of the campaign.

Mike Bellini, co-owner of the Real McCoy, said his business is no stranger to hosting fundraisers and it helps lower costs by providing outdoor space for more people to come by. “It’s a way I can support the people that support me and anyone who’s asked us to host a fundraiser here has always been a customer,” he said. “I’m happy to do it for them.”

Both men also said they have been personally affected by breast cancer too but in different ways.

Gough recalled how 15 years ago, his ex-wife had been diagnosed with stage three breast cancer when she was just 34. “I became, as much as I could, an expert on breast cancer, insurance and to be able to support her,” he said, adding that many other men involved in Real Men Wear Pink have real-life ties to people who have faced the disease. “She was young and generally, the younger the woman is, the more aggressive breast cancer is, and that was her case. … I took care of the household duties and everything else and my goal was to make sure she was as comfortable as possible.”

Although he said that she has been doing well lately, he reiterated the importance of people regularly getting checked like with mammograms and that they need a support system from their friends and family.

While Bellini said he finds it disheartening that he knows “too many people” who have faced breast cancer, he appreciates receiving immediate feedback from his customers who notice his pink pint glasses and “they know exactly what it’s for and they do not hesitate to express how they think it’s such a great idea to do that.” He added, “We use those glasses every day and all year-round so it’s a daily reminder for those people who come in who had an experience with breast cancer. It does affect so many people.”

Gough concluded, “When you break things down, every little bit counts.”