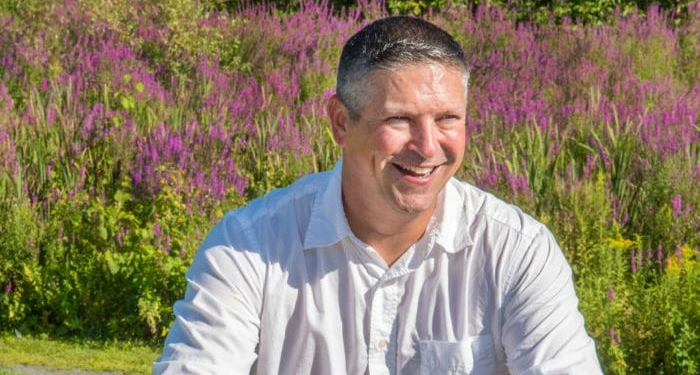 BETHLEHEM — In March, town highway superintendent candidate Marc Dorsey submitted a letter to the editor to clear the air on issues stemming from an arrest in Albany back in 2003. Since then, he’s been asked to clarify those facts.

Two decades ago, Dorsey was on a different career path than the campaign trail he currently finds himself.

Dorsey was finally pursuing a law enforcement career after a decade working under both the International Union of Operating Engineers and the United Brotherhood of Carpenters. It seemed like the right path. His father had spent years with the Bethlehem Police Department.

Dorsey’s time behind a badge started with two part-time positions split between the town of Coeymans and the village of Altamont. Altamont soon promoted him to a full-time officer in September of 2002. He anticipated a lengthy career. A year later, however, he was arrested in Albany on a misdemeanor stalking charge. On Dec. 4, 2003, two days after the arrest, Dorsey was suspended from the force without pay.

That’s how people often remember the story. Dorsey has spent the last 15 years having to share the rest.

“As soon as someone was to Google my name they are going to see that I was arrested — all charges were dismissed without prejudice — but [I wanted] to get it out there,” said Dorsey.

After earning the Bethlehem Democratic Committee’s endorsement in February to run for town highway superintendent, Dorsey submitted a letter to the editor to The Spotlight.

“I would like to share how an unfortunate event positively shifted my career path,” he stated. “In 2003, my then-girlfriend began exhibiting unhealthy behaviors that had me concerned.” In a recent interview, Dorsey said he found she was abusing drugs. It was a situation he said surprised him. When he confronted her about the issue, he said she denied it. He said he later addressed it with a member of her family, an Albany police officer.

“We didn’t get along so well,” Dorsey said. He said that her relative convinced her to press charges on him. “He told her to say it was domestic violence. Domestic violence is one of those laws in which you have to do something. You have to make an arrest.”

Dorsey was arrested and suspended from the Altamont Police Department. According to a Bethlehem police report, his pistol permit, and his Ruger and Glock pistols were confiscated for safekeeping as he awaited trial.

The case, however, never went to trial.

The City of Albany denied our FOIL request to obtain details of the Dec. 2, 2003 arrest. Upon appeal, it was learned that all information was sealed by the order of the Albany City Court. At our request, Dorsey showed The Spotlight a copy of the court documents. That record stated that charges against him were “dismissed without prejudice” on June 23, 2004, due to significant deficiencies. Dorsey’s accuser was not identified. She died several years later, he said.

“I tried to help her. It did not work. She’s no longer with us.”

Dorsey was not automatically reinstated by the Altamont Police Department when charges were dropped. When he applied for reinstatement, it was beyond the four-month window allotted to him. A lengthy court battle ensued. The state Appellate Court sided with the village, and he was never reinstated.

“It’s one of those things that taint your name,” said Dorsey, in reference to the arrest. “My career was — I probably would have gone very far into law enforcement — and that kind of thing just taints it. Any department now will think, ‘there must be something wrong with him.’”

The Bethlehem Democratic Committee considered Dorsey as its candidate for town highway superintendent earlier this year. Joanne Cunningham, the committee’s chairperson, said she was aware of the arrest and the executive committee proceeded with an “extensive” vetting process before recommending him to the BDC.

Though Dorsey said he provided a written explanation to the executive committee, several members of the BDC claim they were not aware of the arrest before voting him in as the party’s candidate.

Cunningham confirmed that details of the arrest, and dismissal of charges, were not shared by the executive committee before it handed down its recommendation to the general committee. Through the executive committee’s vetting process, she said she sought the insight of a “very high level individual in law enforcement.”

“The person made me comfortable that Marc’s accounting of things was consistent from a law enforcement standpoint,” Cunningham said.

As Dorsey walks the campaign trail across town, he said people continue to ask him about what happened in Albany and Altamont.

“Even though I don’t need to say anything — all charges were dismissed — I want to be upfront.”