DISCOVER DELMAR: The sleepy little hamlet has developed a nightlife of its own 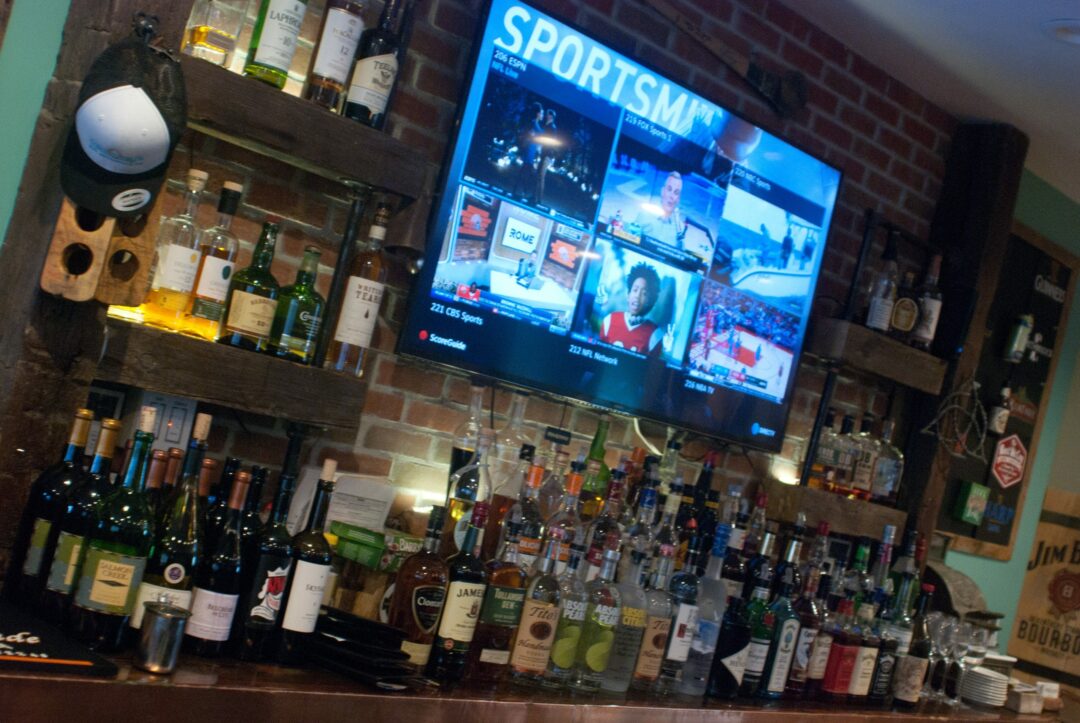 DELMAR — The rise of a few key pubs, restaurants and bars around the Four Corners in Delmar within the past four years has helped to contribute to the town’s nightlife scene, a sentiment shared across each establishment’s owners.

The surrounding Four Corners area, located at the intersection of Kenwood and Delaware avenues, witnessed the openings of Twisted Vine Wine & Tap, the Real McCoy Beer Co., and O’Slattery’s in 2015. These businesses, among others like Swifty’s, have attracted customers both from within and out of town, with the help of their central locations and being near the Albany County Rail Trail.

However, when asked if Delmar has a flourishing nightlife scene, responses varied slightly.

“I think Delmar does have a great nightlife scene because there are a lot of activities going on around town,” said Liam Slattery, who co-owns O’Slattery’s with his wife, Jackie. He said that O’Slattery’s, an Irish pub and restaurant on 318 Delaware Ave., offers multiple events and activities to attract customers throughout the week, like Paint and Sip on Monday nights, Trivia Night on Tuesdays, and live music from Wednesdays through Saturdays.

“Our side of it is about entertainment and activity around the nighttime and I think people in Delmar feel done by midnight which is fine too,” he said. “If you’re busy from 5 o’clock til midnight, it’s just as good as being busy from 9 at night to 4 in the morning.”

Alex Scher, co-owner of the Real McCoy Beer Co., a brewery located on 20 Hallwood Road, said he believed that the Delmar nightlife scene is “still growing because the places around here are relatively new like O’Slattery’s and Twisted Vine.” He added that the brewery’s space expanded in 2018 by annexing the building next door which previously belonged to a woodworker, “We took over and connected the two buildings, so now we’re a bit bigger. So that’s helped with accommodating much larger crowds.”

Co-owner Mike Bellini said another way it has attracted customers was the creation of the Mug Club, similar to a loyalty program where members who join receive larger beers, which he believed has created a sense of community there.

Brendan McCann, co-owner of Twisted Vine Wine & Tap on 384 Kenwood Ave., believed that Delmar has a “community-oriented nightlife. The establishments here share a lot of the same customers. The nightlife scene — or dinner scene or restaurant scene, or whatever you wanna call it — has probably prospered because of having three or four restaurants located close together. When you walk into O’Slattery’s, you’ll probably recognize some people and if you walk to another place in town, it’s probably the same deal.” He added that when looking at nearby nightlife bars or restaurants, he does not view them as competition but rather as “an asset to each other’s business and we’ve said that community is our philosophy.”

Co-owner Daniel Casey brought up how one way Twisted Vine has contributed to Delmar’s nightlife is having special events like “A Night in Italy” back on Saturday, Feb. 16, which includes a five-course meal with Italian food and wine, with presentations on each food and wine type, and desserts from Perfect Blend Cafe & Bakery — McCann and Casey co-own this establishment too next door. McCann also said they change the establishment’s menu “probably four or five times a year to keep it fresh” and showcase live music at least once a week whenever the weather warms up.

The three establishments also take part in celebrating certain major annual events like St. Patrick’s Day and Oktoberfest. Slattery said that O’Slattery will observe Parade Day and St. Patrick’s Day on Saturday, Mar. 16 and Sunday, Mar. 17 respectively, “and on both days, we have live music and entertainment, as we also will do our traditional Irish food.”

McCann noted that Twisted Vine has their annual SpringFest and FallFest which he said are a lot to put on and stem from both his own and Casey’s personal love for music. “It’s been getting bigger every year and just the support we’ve been getting is a lot of fun,” McCann said.

When planning for annual or special events, Scher said that the Real McCoy Beer Co. has continued to try communicating with other local businesses to coordinate events on similar days and to also not clash on other certain days. “Oktoberfest is probably one of our biggest times here and we changed our normal sales procedure by selling beer tickets so that when people finally came to the bar, it’ll be an easy transition because if you had a ticket, you’d pick up a beer,” he recalled from last year. “And it was really nice weather, we had all the doors open and tables out. We had some food vendors like Cider Belly Doughnuts too.”

As more customers frequent their establishments, safety was another general topic brought up.

While Bellini said that customers find the Real McCoy Beer Co. as a “very relaxed and supportive atmosphere,” Slattery said he believed the Delmar nightlife scene is “safe 100 percent, and I’ve spent 17 years in New York City so Delmar is a very good community where everybody knows everybody.” Both McCann and Casey also believed Delmar is “pretty” safe and walkable at night, and they confirmed that their employees were trained last year to handle any suspicious activity within Twisted Vine, like signs of sexual harassment and unruly behavior.

When asked if they each had any messages they’d like to say to the public, positivity exuded across the table.

Bellini recognized that many of his customers come out in droves and have continued offering support regardless of the seasons; Slattery said he felt blessed to be in the Delmar area and expressed gratitude to his establishment’s regulars. “It’s really a community and while we’d like to pull people from other towns and cities to come visit of course, we can’t thank the local people enough because they’re the ones who keep the lights on at the end of the day,” Casey concluded.