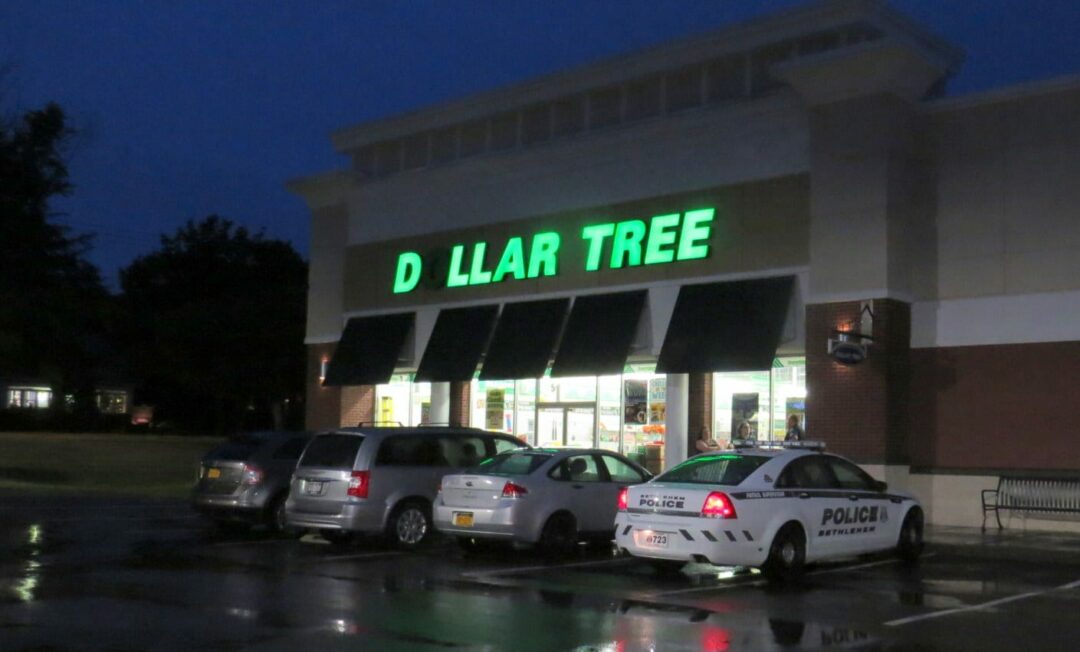 BETHLEHEM—Bethlehem police are investigating a report of an armed robbery at the Dollar Tree at 388 Feura Bush Road in Glenmont, which reportedly took place at around 8:30 p.m. on Sunday, June 24.

Store employees reported to police that they were exiting the store to make the night deposit when they were approached by a masked male, approximately six feet tall, who was black and wearing a mask, hooded sweatshirt and dark pants. The suspect displayed what appeared to be a dark colored handgun and demanded the money.

According to reports, the suspect fled south along Route 9W toward the rear of the shopping plaza with an undetermined amount of money. An Albany County Sheriff’s Department K-9 unit responded to assist with tracking and police searched the area for the suspect and possible leads.

There is no video available at this time. Bethlehem police are requesting that anyone who was in the vicinity of the Dollar Tree around that time and saw anyone fitting the above description or any vehicles in the rear of Glenmont Plaza to call them at 518-439-9973.

Anonymous tips can also be submitted to Capital Region Crime Stoppers at www.capitalregioncrimestoppers.com or by downloading the free P3 Tips app to any IOS or Android device.