One person is on the ballot to fill two vacant seats on BC’s school board, but there are two more vying for a vote 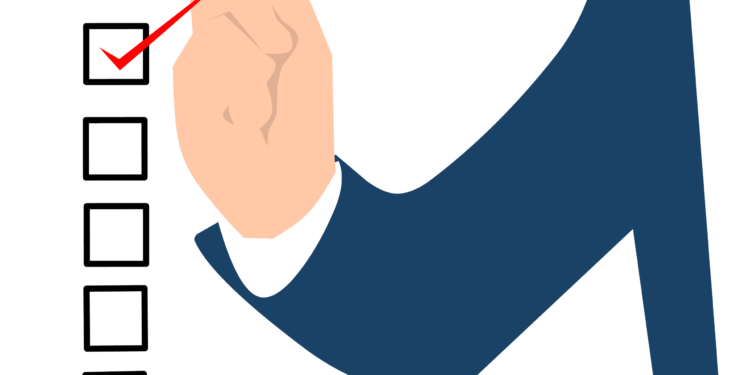 All three of the candidates for the Bethlehem Central School District’s Board of Education have children in the district and experience to bring to the board, but only one name will appear on the ballot on Tuesday, May 15.

Christian Myer is the only candidate who turned in petitions to run for a seat on the board, which has two wide open seats this year due to the retirements of Lynne Lenhardt and Charmaine Wijeyesinghe. Last year, by contrast, there were eight candidates on the ballot for three open seats.

Wendy Dury-Samson and Willow Baer, who narrowly lost the third seat in 2017 after confusion with the write-in portion of the ballots led to a recount, are running as write-in candidates this year. Both are hoping that the ballots are easier to read and that voters aren’t confused by their similar first names at the polls.

The wide field of candidates last year may have made potential candidates gun-shy this time around, suggested Samson, who characterized last year’s race as “a grueling process.” Samson, who said she has considered running for several years, finally made the decision to run as a write-in candidate this year after learning there weren’t enough candidates on the ballot. She was also motivated, she said, by student-led activism in the wake of the Parkland shooting.

“It was just inspiring to think that here are young people encouraging adults to do the right thing, and get involved, and basically help them with this issue that adults have kind of dropped the ball on, frankly,” Samson said. While she feels that school safety is handled well in Bethlehem, she was moved by students’ pleas for adults to act in their best interest.

“And when I found out that there was nobody else who filled out all the petitions,” she said, “it seemed like a good time to step up to the plate.”

She also said she’s interested in the work the district is doing with social and emotional learning. “The statistics are not good for our young people,” she said, “20 to 25 percent of 13 to 18 year-olds experience some kind of mental health crisis issue, addiction and that kind of thing. I would want to work on that.

“I really want to focus on doing the things that are best for the students,” said Samson, who has a daughter preparing to attend high school. “I’m also a big fan of educators, having been one for many years. I would want to have a good relationship with the teachers.”

Samson has taught in several local school districts over the years, including BCSD, and has held several positions at the State Department of Education, in the offices of School Improvement, Curriculum and Instruction and, currently, State Assessment. She has also taught at Glenmont Job Corps and with inmates at Greene Correctional Facility. “Keep your kids in school,” she suggested.

Speaking highly of the district, Samson cited it as the reason her family moved to Bethlehem. Without identifying any serious challenges BCSD is currently facing, she noted that enrollment projections and the tax levy are two things she feels are necessary to keep an eye on. “We’ve got a budget now,” she said, noting the economic crisis that severely impacted school districts nationwide has essentially passed. “And I think now we’re trying to focus on what’s going to be happening over the next few years.”

Samson identified the programming offered by the district as among its best assets, from the Lab School to arts programming. “All of these things are important and we want to make sure we keep them strong.”

Baer isn’t on the ballot either this year, she said, because she didn’t think she would have the time to campaign.

“I worked really, really hard to campaign [in 2017] and it was a lot of work,” she said, explaining that she had taken on extra work at her job and didn’t believe she could commit the time. Shortly after the deadline to submit petitions, however, she learned that she would be relieved of that work in June.

“The timing was just all off,” she said.

When she found out that Myer, who is a friend of hers, was running unopposed for two seats, she decided to wage a write-in campaign and set up a Facebook page. (Unfortunately, she has moved since last year and lost all of her extra campaign signs in the process.)

Baer says her reasons for running haven’t changed considerably since last year. She continues to be “really impressed” with the programming and services offered by the district and said she hopes to help to maintain that “excellence” as her young children progress through Bethlehem schools.

“I’m motivated to keep that hard work going and the dialogue robust and transparent,” she said. “I’m someone who does a lot of work around policy development and quality assurance and service delivery, and I feel I have the right skill set to sit on the board. I’m not afraid to ask questions and I can understand large budget funding and fiscal decisions that you have to make in the best interest of the district overall.”

As a hopeful board member, Baer said she’s especially interested in the art, music and theatre programs, and wants to ensure that they remain adequately funded. She also commended the district’s Response to Intervention program, which endeavors to identify students with learning or behavioral issues at an early age. Noting that she is a lawyer at an agency that helps to provide services for those populations at large, she said she feels the BCSD RTI program has been effective and that she is interested in exploring areas to improve upon it.

Characterizing BCSD as “a really high-achieving district,” Baer said she hopes to maintain that while ensuring that other students don’t become marginalized. “I think that’s an important challenge to keep our eyes on,” she said, adding that her background in advocacy could be put to use in that area, among others.

The district’s best assets, according to Baer, are its “tremendous educators” and its community. “Even those without kids in the schools,” she said, noting community turnout at school productions and fundraisers. “That community involvement and support are just such a great resource that maybe we’re not even using to its best capacity.”

Baer did say she is unconvinced that district enrollment will continue to decline as projected and that she would like to see the report with the projections, as she thinks there is a chance for potential growth and feels the district should be prepared.

“I know it probably seems strange that I’m not on the ballot,” said Baer, “but I’m still just as dedicated and still just as excited to serve.”

Myer is the only candidate whose name will appear on the ballot on May 15. He said he was motivated to run because he feels its time to start “giving back” to a district that he feels is already excellent.

A history teacher at Shaker who attended Bethlehem schools, Myer moved back to the area ten years ago. “I just felt it was time,” he said, noting that he has two young children just starting out in BCSD.

“I’m not running because I’m upset about something or because there’s something that I want to see fixed,” he explained. “I’m running because I love it and want to maintain what we have. I think the path that we’re on is really good.”

He credited the district for its programming and the variety of opportunities available to its students.

If elected, he said that he would want to look at the literacy and RTI interventions that are occurring at the earliest ages. “What we see in the studies is that kids learn to read, they get the basic skills, when they’re very young.” If a student doesn’t have those skills down between the ages of 5 and 8, he said, “you’re playing catch-up.”

He also wants to learn how the district handles transitions from elementary to middle school and from middle to high school. “Are we doing everything we can to make sure that kids have a smooth transition? Are we talking to kids and preparing them?”

As a former Bethlehem student, the parent of two children in Bethlehem schools and a teacher at Shaker, Myer said that he will bring a well-rounded perspective to the board table. “Education has been my entire life,” he said, noting that he has attended class or taught them since he was in kindergarten. “It’s a setting that I love and feel comfortable in. I do feel that I have a lot of expertise in education.”

As someone who is a teacher, he said he will work to ensure that BCSD educators have the tools they need to do their jobs effectively, “and give their students what they need to be successful in the real world.”

One thing he says has changed during his years in school is students’ needs and public education efforts to meet those needs. “Whether it be academic needs, social needs, emotional needs. And there is now an expectation in society that the school will be the one that addresses many of those. Before, I think it was that you would send your kids to school and we would educate them and move them on. But now, for some kids, the education is almost secondary—it’s the counseling and other services that the school provides for the kid and the family that has really changed over the last 30 years. The needs of the kids have really grown.”

White some of that could be due to better identification of those needs, he said, but district intervention in things like after-hours bullying and even motivation to attend class has also increased significantly. This has added another layer to the responsibilities of existing educators and administrators, he said, and has required some reapportionment of responsibilities as well as the addition of new staff. “It’s necessary,” said Myer. “But it’s another layer and I think people need to know what their school does.”

Myer discussed school violence and the proper way to speak with students at different ages about recent events like the one in Parkland. He also said that, as a teacher himself, he doesn’t intend to approach the board with any agenda or with a single focus.

“I love education,” he said. “I love working with kids. This is my passion. It’s been my life and I’m so excited to go into this.”

Balancing work and parenting can sometimes seem like a daughting task