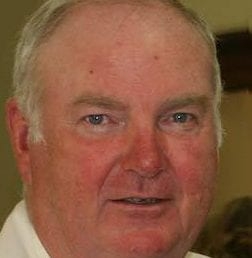 Describing all 22 applicants as “a deep group that reflected our community’s interest in and commitment to good town government,” VanLuven said it wasn’t an easy choice. “It was an exceptional group and a difficult decision, but we ultimately chose Giles Wagoner.”

Wagoner, who won the election to serve the final year of Reinhardt’s term in 2017, was initially going to run for the full four-year term last fall, until the candidate for Highway Superintendent Brent Meredith withdrew his name to take a job at SUNY and the Bethlehem Democratic Committee substituted Wagoner for the job. Conflict within the party resulted in a split ballot in the November general election and both Democratic candidates lost to candidates on the Republican line.

Executive order authorizes localities to collect early tax payments to avoid impact of the $10,000 cap on SALT deductions in the federal tax bill