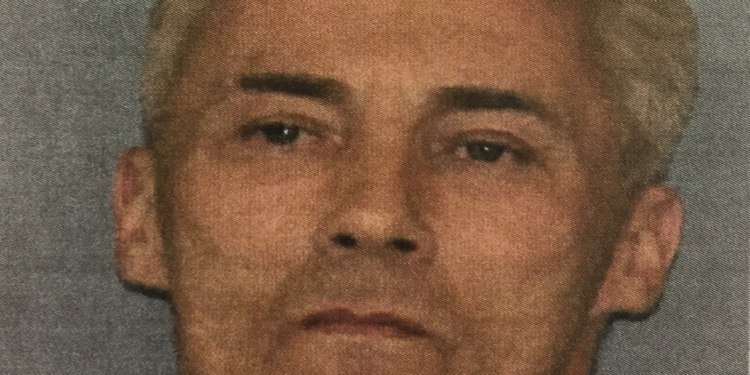 ALBANY COUNTY — District Attorney David Soares has announced that Frank Chrysler, 49, of Watervliet, pleaded guilty to one count of grand larceny in the third degree, as a hate crime, a class C felony, before Judge Roger McDonough in Albany County Supreme Court on the morning of Thursday, Nov. 9.

In October 2014, Chrysler was caught on video at First Niagara Bank in Latham, with an elderly woman he knew to be suffering from decreased mental capacity. At the bank, on two separate occasions, he had her withdraw $5,000 each time. Chrysler selected the woman as his target due to her age and infirmity.

Between February and November of 2014, Chrysler, along with other co-conspirators (Henry Hicks, John Waterson, Susan Barr, Brian Barr, John Risto and Jessica Paradiso), performed work under false pretenses for victims at their respective homes. They targeted said victims (all elderly) in Albany, Bethlehem and Colonie. The estimated theft from all victims is in excess of $40,000.

Chrysler will be the last of the conspirators to be sentenced. He faces 6-12 years in State Prison when sentenced on December 22, 2017.

His co-conspirators were given sentences ranging from one to three years, to a maximum of 16. More information on their cases can be found here.

“The hate crime conviction of Frank Chrysler is the result of a multi-agency investigation into a series of crimes specifically targeted at the elderly,” said Bethlehem Police Commander Adam Hornick. “In all of these cases the defendants methodically plotted to defraud elderly victims in Albany, Colonie and Bethlehem. This crime family is responsible for stealing thousands of dollars for multiple vulnerable victims. The enhanced charging of the hate crime statutes show law enforcement’s unwavering commitment to dealing with these defendants to the fullest extent of the law. In these cases, detectives worked to identify additional victims, and continued to work with their families to establish the key elements of the crime and methods to protect them from being further victimized. The successful convictions, and lengthy sentences, in these cases is a testament to the efforts of Police from Bethlehem, Albany, Colonie and the Albany County District Attorney’s Office.”

Learn more about our S.A.L.T (Seniors and Law Enforcement Together) initiative here.

Municipal Training Center is not just for firefighters anymore