Municipal Training Center is not just for firefighters anymore 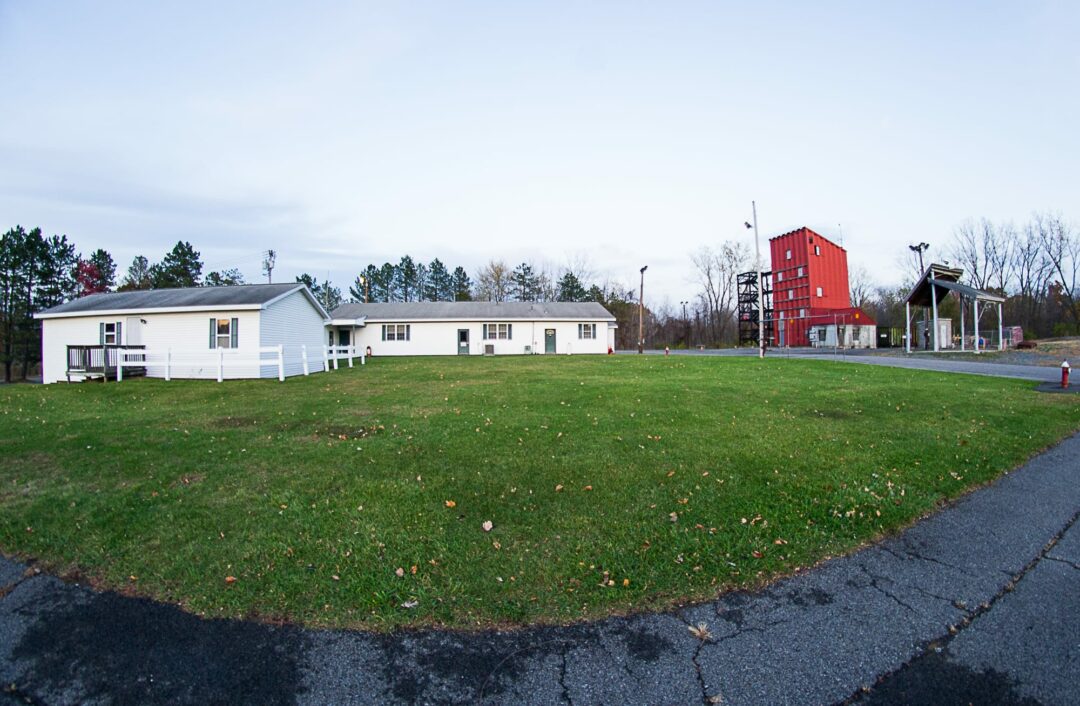 Highlighted by its distinct red tower that always looks like it’s hot inside, a number of smashed up and cut up vehicles and a relatively new streetscape, the center has evolved from a place where Colonie volunteers learned how to extinguish fires to a place where first responders of all stripes learn a host of specialized skills.

As such, Assemblyman Phil Steck, D-Colonie, secured a $250,000 grant, that is being matched by Assembly Speaker Carl Heastie, to upgrade the “well used” training center.

“This is not just used by town departments, but by fire companies, police departments and EMS from across the region – from Schenectady County, Saratoga County, Rensselaer County and, of course, Albany County,” Paris said.

The improvements will include new paving, new roofs, improvements to the classrooms, where new recruits learn the basics and old pros get refresher courses, and other much needed maintenance that has been deferred.

In all, some 40,000 man hours a year are spent at the training facility. It has the

capabilities to offer training locally, which Paris said, can save tens of thousands of dollars in travel time, overtime, room and board and other expenses.

Albany International Airport and down the road from the New York National Guard Headquarters for training in the 1960s. The facility sits on a landfill, Paris said, pointing to a building on the south side of the site that housed the glass incinerator where glass was disposed of before technology allowed for recycling. Every so often, he said, shards of glass will work their way to the surface.

Incrementally, without any real plan or long term vision, additions were added. The classroom building was about 20 years ago and the most recent upgrade is the streetscape – a simulated city street where police, EMS and fire personnel

“We’ve had forensic teams in there and they actually investigate for prints and swab for blood and DNA and do the whole thing as if it were a real crime scene,” said Lt. Robert Winn. “We’ve done scenarios from domestics to hostage situations to routine traffic stops to the horrific. It’s role playing, but we get used to doing things from start to finish.”

The streetscape includes houses with walls that move so trainees don’t get accustomed to one setting, an intersection with stop signs, mailboxes and other features found on any street across the Capital District.

“It’s one thing to read about it in a book but here is no better training than in a real life setting,” said Supervisor Paula Mahan. “The whole facility really is a collaborative effort between our town and first responders in other municipalities.”

One reason for the fire departments to open up the facility to law enforcement is financial, Paris said. District Attorney David Soares and Sheriff Craig Apple have both used forfeiture money to help upgrade the site and because it is a shared facility, the Department of Homeland Security has also provided some grant money over the years.

It’s not unusual to see the Troy Police Emergency Response Team – the Collar City’s version of a SWAT – use the facility in a morning, the state Department of Correctional Services in the afternoon and the Fuller Road Fire Department in the evening. The different organizations may contribute in-kind services but there aren’t any monetary costs associated with using the facility.

“We are all in this together,” Paris said. “When one department or one agency benefits, we all benefit.”