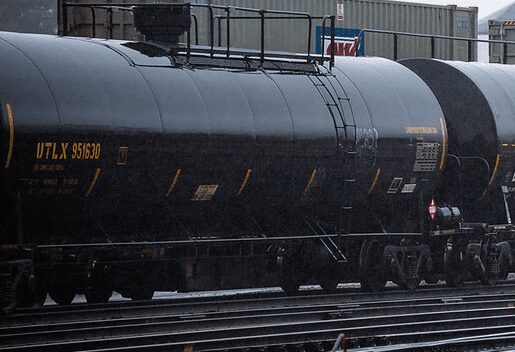 ALBANY—On Friday, Sept. 16, the New York State Department of Environmental Conservation (DEC) sent a letter to Global Partners, one of the largest distributors of gasoline in New York, informing them that the permit the company is seeking to heat crude oil at their Port of Albany facility will be put through a full environmental review.

“Big oil just got another strong sign from Governor Cuomo that New York is moving away from the dirty and dangerous fuels of the past and heading toward a future powered by 100% clean, renewable energy,” said Peter Iwanowicz, executive director for Environmental Advocates of New York. “Not only will Global Companies have to address the toxic air pollution from crude oil, it is also going to have to pass New York’s ‘climate test’ before they are given the green light to move tar sands oil down the Hudson River. And since it’s a test that cannot be passed, the letter today should represent the end of the line for this ill-conceived proposal.”

Global initially submitted an application to renew its permit, which expired in March, including an amendment that would allow the company to build seven boilers to heat crude oil at the port, making it easier to ship. In May of last year, DEC issued a notice of incomplete application and a notice of intent to rescind the State Environmental Quality Review (SEQR)

“The Department is treating the renewal as a new application due to newly discovered material information,” wrote Jack Nasca, the director of the Division of Environmental Permits & Pollution Prevention, to Chuck Furman, Global’s Albany Terminal manager. Among the reasons cited by DEC were: volatility levels of the Bakkan crude being shipped through the port and concerns about emission levels; “higher-than-expected” benzene levels at the port detected by an air toxics monitor on South Pearl Street; complaints by residents of Ezra Prentiss Homes next to the train tracks in South Albany regarding noise and odors produced by increased oil train traffic attributable to Global; the “ numerous train fires and explosions related to the rail shipment of Bakken crude oil since the issuance of the 2012 permit;” the potential effects on Greenhouse Gas levels, produced by tar sands crude; and more.

As a result of the “newly discovered” information, DEC directed Global to perform a new stack test, a procedure for sampling emissions to determine a pollutant emission rate, concentration, or parameter while the facility is operating at conditions that result in the measurement of the highest emission, and to outline what measures it will take to address all other concerns.

“I am pleased that the NY Department of Environmental Conservation has notified Global Partners to inform the company that its Ttile V permit application will have to be updated and re-filed to include the various concerns that have arisen in the last two years,” said County Executive Dan McCoy in a press release the same day. McCoy has been a vocal opponent Global’s expansion at the port; in 2014, he issued a moratorium on the expansion of crude oil processing pending a public health investigation by the Albany County Health Department; he has consistently lobbied state and federal officials to increase regulatory oversight of oil transportation; and earlier this year his office filed a lawsuit against Global, claiming violations of the Clean Air Act. “This move by DEC further demonstrates that the health and safety concerns Albany County cited when we issued a moratorium on the expansion of these facilities in 2014 is justified,” said McCoy. “This demonstrates that Albany County’s efforts, dating back more than two years have positively influenced state and federal regulatory measures regarding the increase in crude oil shipping and processing in our county.”

In another move lauded by Environmental Advocates of New York (EANY), DEC also announced that it will require an EIS to be prepared regarding the proposed Pilgrim Pipeline that would run through Ravena, Caymans, Selkirk and Glenmont. Reasons given by DEC included: “a substantial and possibly permanent change in the use, or intensity of use of land, for construction and long-term maintenance of the pipeline, including NYSTA property and its capacity to support existing and future uses; agricultural, open space or recreational resources; and direct impacts to recreational resources during construction;” “substantial increase in potential for erosion, flooding, leaching or drainage problems due to the disturbance of more than 1,360 acres of land;” ground and air quality impacts; disruption of wetlands; impacts on coastal and energy resources; and “the potential to exacerbate climate change.”

“As a matter of law, the state needs to conduct this review. But in practical terms, there is no way Pilgrim Pipelines will pass New York’s climate test,” said  Conor Bambrick, the air & energy director for EANY. “Through the 2015 State Energy Plan Governor Cuomo has boldly stated that New York is moving entirely away from fossils fuels by 2050. The project sponsors know this, but are intent on remaking Albany into ‘Oilbany’ and continue to push a project that communities along the route have rejected and that is completely out of line with New York’s cleaner, healthier future.”