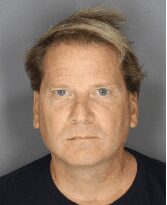 COLONIE— A swim teacher at the Cicotti Family Recreation Center was arrested over the weekend on a child pornography charge.

William Moyer, 51 of Feura Bush, was arrested during the early morning of Saturday, Sept. 3. Law enforcement arrived at his residence at 34 New Scotland Avenue due to a complaint about loud music, according to the Albany County Sheriff’s office. When deputies were speaking with Moyer, they noticed photos of naked underage girls scrolling across his computer screens.

According to the sheriff’s news release, upon searching Moyer’s home, investigators seized several computers, external hard drives and other digital devices. Sheriff’s investigators interviewed Moyer who admitted that he has been downloading child pornography from the internet for several years.

At the Cicotti Center, he taught swim lessons to children ranging between the ages of three and 15 years old. According to the sheriff’s office, at this time there is no indication that Moyer has engaged in any inappropriate sexual conduct with any children.

“We have been made aware of the arrest of one of our part-time employees. He is no longer on the work schedule at the Ciccotti Center. He passed our intensive screening process upon hire without question.  This is all the information we have at this time. We cannot provide further comment as we know nothing more than was provided publicly by the local authorities,” said Debra Lambert, Center Director of Rudy A. Ciccotti Family Recreation Center in a statement.

Moyer was charged with one count of possessing a sexual performance by a child, a class E felony. Moyer was arraigned in the Town of New Scotland Court and remanded to the Albany County Correctional Facility in lieu of $20,000.00 bail. The sheriff’s office expects additional charges to be filed while the investigation is ongoing.

Tom Izzo to be honored at this year’s Coaches vs. Cancer Basket Ball