DISCOVER GLENMONT: A peek into the school days spent at District No. 7 Schoolhouse 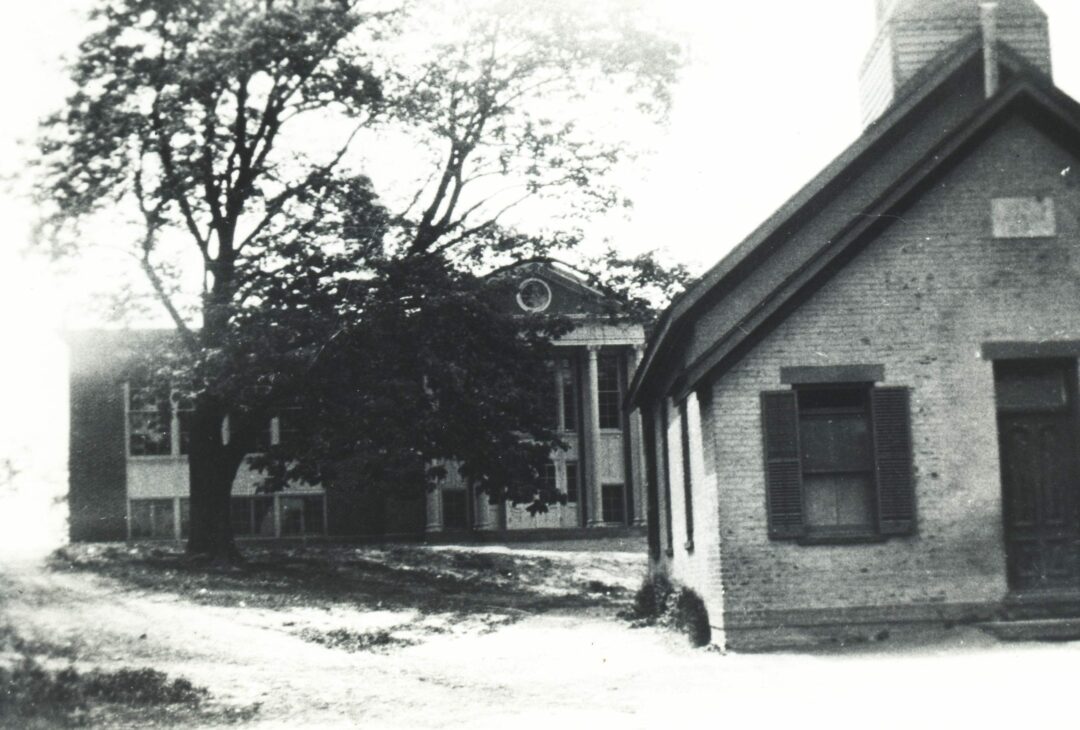 GLENMONT — The remnants of school days spent in a one-room building remain, though not as common.

A cobblestone structure with a quaint belltower still a fixed above the front door, resides in Guilderland. It, along with the Cedar Hill Schoolhouse in Selkirk, is listed on the National Register of Historic Places. The latter has served as the home for the Bethlehem Historical Association since it ceased to be a school shortly before 1965. Though the red schoolhouse has been modified over the years — split into a two-room school and fixed with indoor plumbing — it allows a glimpse into what school days looked like for a near century.

Television also helps. Our imagination is aided by episodes of “Little House on the Prairie” and “Anne of Green Gables.” Romanticised scenes of children in rural America running into the schoolhouse as the teacher rings the bell. And, while inside, these children in various ages sat attentively to hear the lessons of the day. But, that’s not likely how it went.

The Regents of the University of the State of New York was established in 1784. Its first order of business was to establish a network of schools. Some communities had already established schools, complete with headmasters whose salary was aided by tuition. But, schooling was voluntary. The State Legislature didn’t require mandatory schooling until 1791, and it would be another fifty years before the state provided adequate funding to these free, public schools.

Not much is known about District No. 7. From pictures, it resembles the cobblestone schoolhouse in Guilderland more than the one in Cedar Hill. The red schoolhouse was built in 1859, and Guilerland’s Schoolhouse No. 6 was built a year later. By that time, Susan Leath said, Slingerland’s District No. 9 had been in session since 1843.

Bethlehem’s town historian recently earned insight on the caliber of lesson plans taught at these schools. Abel B. Wilder taught Slingerland’s children in 1844, and “[He] kept meticulous records in his elegant handwriting,” she stated. In an audit of his school’s library, he had more than 100 titles, including Swift’s Family Robinson, Life Sir Isaac Newton, Geology Elements, Counsels for the Young, Political Economy and Life of Dewitt Clinton.

Based on several accounts, a school teacher was tasked with orchestrating several lessons at one time. By law, the ages of these school children ranged from 5 to 21 years old or older. As the teacher worked in one corner with older students reciting history or arithmetic, younger students would be in another writing with slate and chalk.

Author Beth Anderson was “amazed” by these common schools. The former educator recently investigated this time period for a book idea. She taught English at Bethlehem Central High School for 25 years and she wanted to learn more about the formation of the school district. She learned how the one-room schools provided the equivalent of an eight-grade education, but nothing beyond that. “That amazed me,” she told The Spotlight in 2017, “and so I started looking into it.” Bethlehem built its own high school in Delmar — know Town Hall — in 1925. Prior to that, students seeking a high school education took a train into Albany.

Otherwise, the child’s parents decided when schooling was finished. For boys, lessons were done once they reached the age of apprenticeship at about 14, according to the New York State Historical Association. Girls often stayed in school until they were 18. So long as their children could read, write and have an understanding of the world, schooling was secondary to work at home or finding a job.

To earn an understanding of the world, the schoolhouse was entrusted to establish good morals within each child. That involved reading from the Bible, and when the situation called for it, administering discipline.

Common recourse involved a slap on the knuckles with a ruler. Others were more creative. The state historical association cited a story told by a student from the 19th century. It involved, “[a student] standing in a stooping posture, with the finger on the head of a nail in the floor. It was a position not particularly favorable to health of body or soundness of mind, the head being brought about as low as the knees, the blood rushing to it, and the pressing unnaturally on the veins, causing a dull pain, and a staggering dizziness.”

Unlike today, a school day would start at 8:30 a.m. and end as late as 5 p.m. during the summer. The day would be broken up by a few recesses and a longer lunch period. But, today’s student would be envious over the lack of homework assignments assigned at the end of the day.