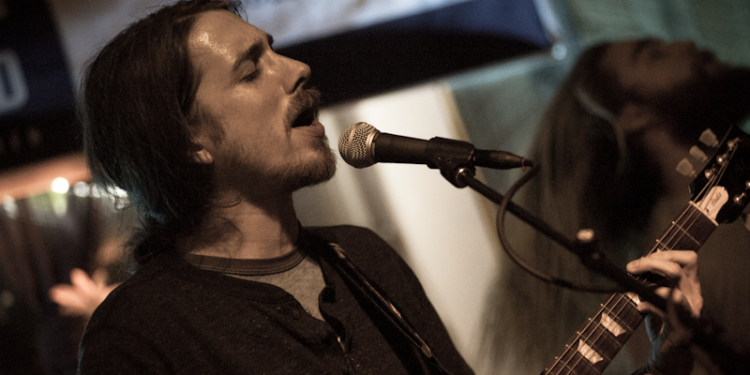 ALBANY — When you think hard rockers and tight instrumentals in the 518, Bad Mothers comes to mind.

The four-piece group, which features Matt Dalton, Patrick Flores, Kevin Bohen and Brian Chiapinnelli, has been a fixture in the Capital District music scene since its formation a little over four years ago. To many, it’s no surprise that Shooter Jennings, the son of Waylon Jennings and the owner of Black Country Rock record label, signed the group earlier this month.

“We here at EQX are confident that Bad Mothers will get the attention they deserve now,” EQX’s Jeff Morad, who serves as the station’s program director, operations manager and the host of some EQX programming, said. Bad Mothers and EQX have worked together closely over the years. “Black Country represents artists from Billy Ray Cyrus to Lucas Nelson, even Ron Jeremy … We look forward to continuing to support them and look forward to watching their career grow.”

EQX’s “Afternoon Drive” host, Jason Keller, added he’s always so excited when bands are signed because he knows the hard work that’s put into these careers.

“Bad Mothers’ sound is gritty, dangerous but still approachable, and it doesn’t surprise me at all that Shooter Jennings signed them because of the legacy he’s been able to maintain,” Keller said. “Many of these artists, who compete for a chance to open shows before they ever get to this point, put in years of work and it’s so important that we continue to support smaller artists so they have the platform and ability to grow nationally.”

The band is feeling the love, with the reality of its accomplishment still pretty fresh.

“It feels awesome to get support from people,” Flores said. “We’ve been working so hard all of our careers for this. I still don’t think it’s fully hit me.”

The stroke of good fortune actually came from an innocent direct message, something Chiapinnelli uses to hook up the acts he manages with opportunities.

The drummer was scrolling through social media one night when he came across a project from Loma Vista Recordings. Upon some searching, he realized Loma Vista worked with artists similar to his own band. As he dug deeper, he discovered some big players in the industry, eventually landing on Adam Barnes.

Barnes worked with Jennings, a Grammy-winning member of the country outlaws and one of the people who is behind acts like Marilyn Manson; Last Daze, another 518 act, signed with the label a few years ago, and Katy Cole, the singer, was the teacher of “The Voice” winner and Fultonville native Sawyer Fredericks.

Chiapinnelli sent some demos from the next album to Barnes, hoping for a reply but not prepared for anything to come of it. What came next was beyond Bad Mothers’ wildest dreams.

Jennings, Barnes and the team loved Bad Mothers. Soon, the ink was final.

“I’m excited to see what we can do with different resources,” Chiapinnelli said. “Black Country Rock has way more in the tool box than we do, so it’s a rewarding feeling to hear that people who are so established in the industry are willing to work with us.”

“Social media has been such a big part of Bad Mothers’ ability to grow,” Chiapinnelli said. “When we first started a little over four years ago, we grew our Facebook page and knew that was how we were going to key the crowds up and get our name out there. This shot in the dark ended up being one of the first big connections for Bad Mothers.”

Chiapinnelli is being humble; his work on social media is apparent with one of his acts, Freedom Stratton. Chiapinnelli’s chops secured Stratton a deal with Substream Records earlier this year. The use of social media in the music industry to key up fans, particularly with hashtags and show photography, is often what can ultimately turn a show from one night to something that lasts beyond the date on the ticket.

“I’m so excited to get to work and make some connections,” Bohen said. “We just want to get our music out to as many people as possible.”

Bad Mothers is working on a new album with a release date to be finalized. As of right now, the project is looking to need another three to six months before it fully hits the airwaves. Before the album, promotional singles, media tours and rolling out the final touches must take place.

“I think what makes this partnership work so well is Shooter and his crew showed genuine interest in our music and had actually listened to it before they came back to us,” Flores said. “The meetings we had with them were friendly and collaborative, which really helped us feel like it was a good fit.”

Chiapinnelli added of all the deals he has facilitated, this is “by far the smoothest” one has ever gone.

“Not once have they come back to us with anything other than making sure we are comfortable and ensuring this partnership is mutually beneficial,” Chiapinnelli said. “They’re incredibly responsive and when we have questions, they are happy to jump on a call with us and explain it. There are no timelines. The transparency is what really made me feel like this was going to work so well.”

As pandemic restrictions continue to loosen and the possibility of having live shows becomes more inevitable, Bad Mothers is ready to take the stage and use its new platform and support squad to its benefit.

“I really have to shout out Brian’s ability to get these things going,” Flores said. “It’s good to have a homie so knowledgeable about it. It’s been amazing watching how this works through his moves and experience.” 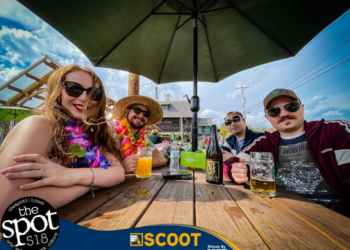