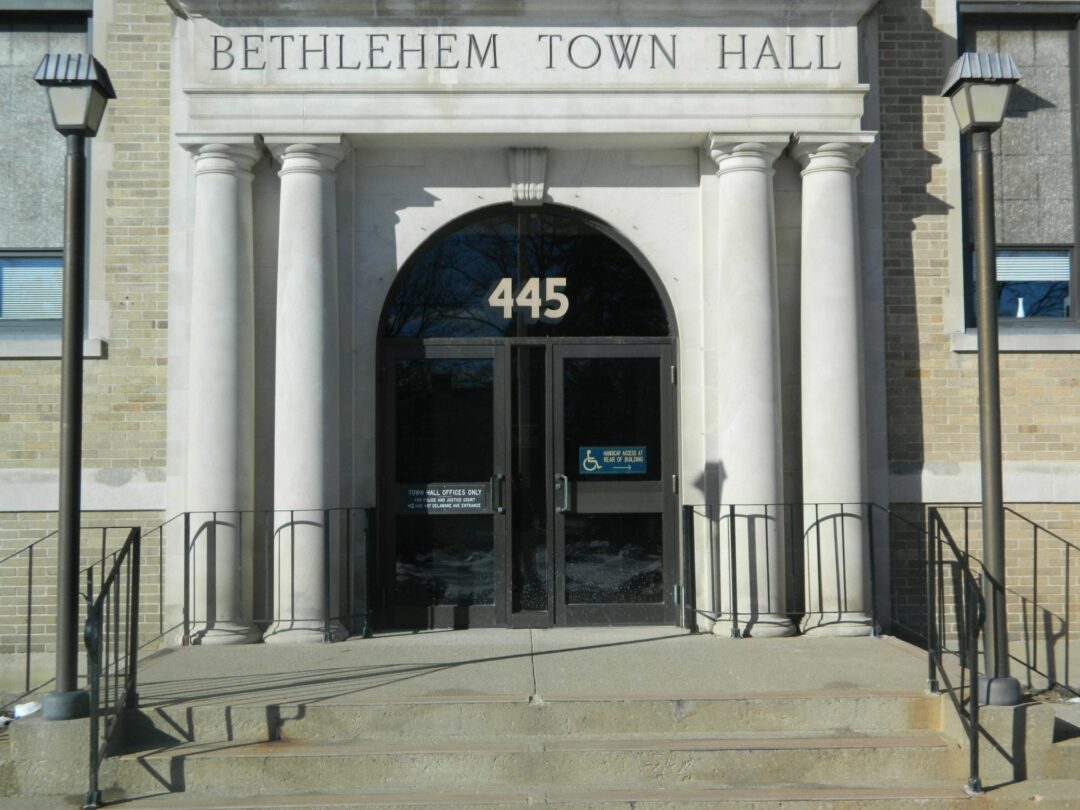 DELMAR — The overwhelming response against a proposed affordable housing project leaves to question its future, let alone the amendment its developers was hoping for in order to proceed.

That amendment, however, is all but scrapped.

“Honestly, I agree with many of the comments tonight,” said Town Board member Maureen Cunningham, adding that she wanted to hear from residents before acting upon her own reservations to the proposed amendment. “I’m just going to come out and say it, I’m a no-vote on this.”

The Town Board will vote on the proposed amendment on Wednesday, June 9.

Town Board members spent nearly 90 minutes listening to comments from residents deliberating over a proposed amendment to the town’s 12-month development moratorium. The amendment was drafted last month to address a 72-unit affordable housing plan proposed off of Route 9W in Selkirk, within the RCS school district.

Those who spoke out at the Town Board meeting on Wednesday, May 12, often prefaced their opposition to the project by acknowledging the need for affordable housing in town. However, they all pointed to several factors to which they felt the particular proposal appeared inadequate — lack of public transportation, no walkability, and its distance away from grocery stores.

CDTA has provided a “shopping bus” between Ravena and points throughout Albany County. Route 813 is a shuttle that takes customers to Colonie Center and Crossgates Mall each Tuesday. However, as of Monday, May 17, the service is not available.

The development, proposed for 939 Route 9W in Selkirk, is on a stretch of road without sidewalks. Even if sidewalks were to be installed, from its location just south of the Jericho Drive In, it would be nearly 3 miles away from the nearest grocery store in Bethlehem Center.

Opposition to the development was profound, both in the meeting and from the letter Town Board members received during the week. Town Board member Dan Coffey said he remained “conflicted” after hearing from the residents. Though he understood the need for affordable housing, “100 percent” of the letters he received before the meeting opposed the idea.

One of those voices asking the Town Board to vote no on the proposed amendment was County Legislator Matthew Miller (D-Selkirk).

Miller, who in addition to representing Selkirk on the Legislature is a teacher at RCS High School, seemed almost critical of comments made by Town Planning Board Chairman Brian Gyory, who said it did not matter which school district the plan fell under. The legislator, however, said considerations “really need to be thought about much more deeply.”

NRP Group’s site plan and subdivision application was under the Planning Board’s review when the Town passed the moratorium last December, halting the developer’s plans for a full year. Without the prospect of its plan earning approval, the developer stands to lose tax credit financing that can’t be extended beyond December.

The town was identified as a housing opportunity area by New York State Office of Homes and Community Renewal due to its high-performing school districts and as an area experiencing economic growth, which attracted the project to locate in the town.

According to Realtor.com, the median list price of homes in Bethlehem was approximately $336,000 in April, and the price is going up. The real estate website states year-over-year trends have asking prices going up 11.4 percent.

But, RCS may not be considered among the “high performing” schools described by the state. In a recent U.S. News and World Report ranking, RCS High School was ranked considerably lower than the other two high schools that serve the town.

The RCS school district covers nearly half of the town of Bethlehem’s land mass, including Selkirk, South Bethlehem and portions of Glenmont. Though one speaker pointed out how no affordable housing resides within the Bethlehem Central School District, the trailer parks within the town are located in the RCS district.

Miller described the school district as already having substantial affordable housing projects within it. The schools have had to provide more resources to reduced and free lunch and special education programs as a result.

“There are many aspects to discuss about the project itself,“ Miller said, “but for the moratorium… I would ask that you not support this amendment.”