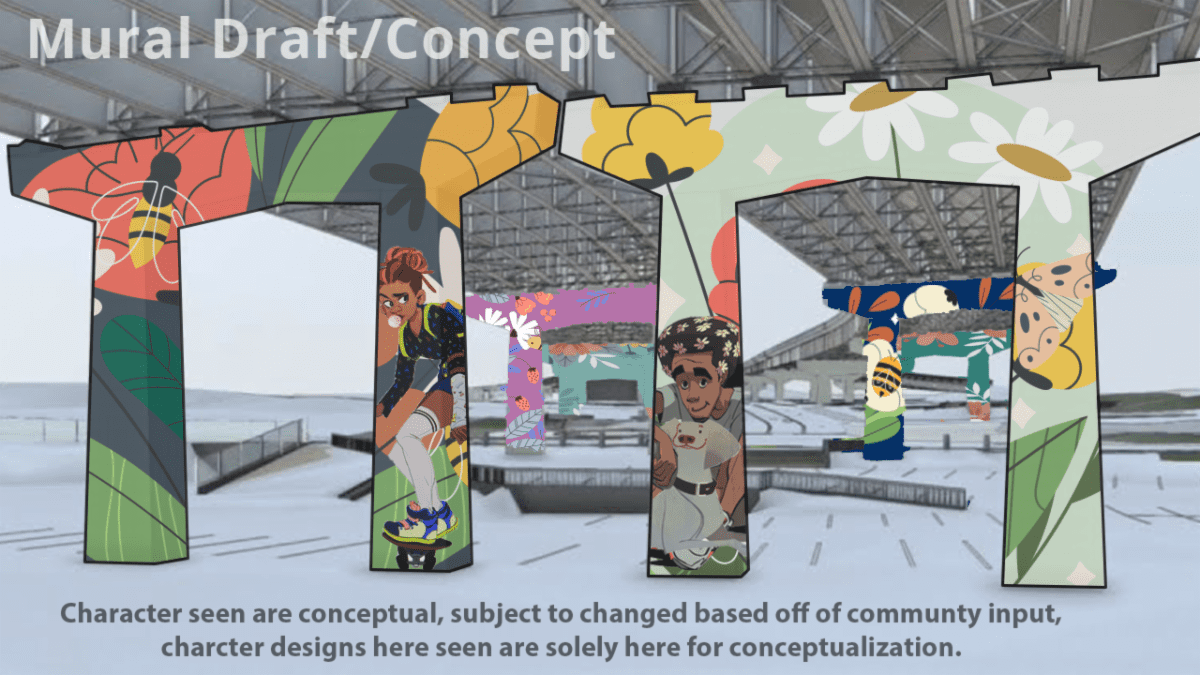 TROY — Three regional artists were selected as the three finalists to be considered in the creation of a mural display under the Hoosick Street underpass.

Simona Bortis-Schultz, Fernando Orellana and Jade Warrick were each selected by an independent advisory panel made up of regional arts professionals, business and community members for the Uniting Line mural project under Hoosick Street.

The goal of the Uniting Line public art project is to transform and reactivate the area beneath the Hoosick Street Bridge between Troy’s Downtown and North Central neighborhood. The project is part of a collaborative effort between the City of Troy, Arts Center of the Capital Region, TAP Inc., and Collar Works. Troy is one of 16 cities nationwide selected for grant funding from Bloomberg Philanthropies’ Asphalt Art Initiative.

The Uniting Line will transform a 500 foot stretch of road under the Hoosick Street Bridge – an urban void that acts as a massive divider between downtown Troy and North Central Troy – into a space that draws people together, uniting what a highway divided. Through creative placemaking, the project will unify the area graphically, revitalize and beautify the area, encourage more pedestrian activity, and serve as a backdrop to activities that take place at the adjacent basketball courts and other open spaces.

The Uniting Line team distributed promotional door hangers beginning the week of April 26 and presenting the project at various locations throughout Troy with Uniting Line Public Feedback Sessions over the next two weeks. Locations include CEO, Salvation Army, Oakwood Community Center, Unity House, Capital Roots, TRIP and more! We would love to share this exciting project and hear from you! For a schedule of events and locations, please visit us at www.artscenteronline.org/publicart/uniting-line.

Earlier this year, The Arts Center of the Capital Region created a call for submissions based on community surveys, and released a call for proposals from Regional Artists for The Uniting Line Underpass Mural project to transform the underpass area of the Hoosick Street Bridge (Rt.7) in Troy, focusing on the cement pillars between the areas of River Street and 6th Avenue. Regional Artists were defined as artists who live within the core Capital Region counties of Albany, Columbia, Greene, Rensselaer, Saratoga, Schenectady, Washington and Warren counties.