New York City’s Immersive van Gogh exhibit at Pier 36… is it worth it? 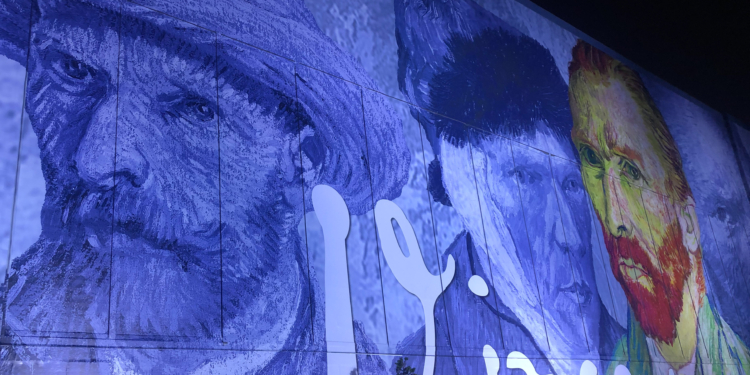 NEW YORK CITY — Immersive Van Gogh exhibits are sweeping the United States and have made their way to New York. But the question remains, is it worth it? For me, a longtime Van Gogh fan and lover of impressionism, it was one of the best art installations I’ve experienced.

But let’s look at it a little closer than that.

New York City is currently offering two of these interactive exhibits. The first, which I attended, is “Immersive Van Gogh Exhibit New York” and is located at Pier 36. The second is “Van Gogh: The Immersive Experience,” located in Lower Manhattan at 300 Vesey St. The Pier 36 installation is much more reliant on the artist’s paintings and visual elements, whereas the Vesey St. location provides a broader context around the artist with letters between Van Gogh and his brother, sketches, and VR experiences.

As someone with pre-existing knowledge surrounding the artist, the Pier 36 exhibit was perfect for me, although I wouldn’t have opposed a letter or two. But for those who don’t know as much about Van Gogh’s life or his work, it may be beneficial to attend the alternative exhibition. However, if you are looking for a beautiful visual display and don’t care much for the history, Pier 36 is stunningly crafted, with design elements by David Korins, the award-winning set designer behind the sets of “Hamilton,” “Dear Evan Hansen” and “Beetlejuice.”

The installation is broken into three separate rooms, all fitted with reflective elements that bounce the bright strokes of color across the space. I arrived when the previous show was still going, so I caught the ending before the beginning. I sat on the floor (on a sunflower cushion I was not supposed to have, thank you cushion man) and took in the room more than the paintings. I did find that although the set work was beautiful, it could be a bit distracting when trying to focus on the paintings themselves, but for a first watch that was fine by me.

Once the first show ended, I moved to the last and biggest room, which offered an unobstructed view of three walls. When it started up again, I felt like it was easier to focus on the art, on its movement, and on the other elements that I didn’t notice the first time through. The soundtrack accompanying the paintings fit perfectly, and I’ll confess to tearing up when Edith Piaf’s “Non, je ne regrette rien,” played as colors danced with one another on the walls in front of me.

I had visited the MoMA the previous day where I saw “Starry Night” and “Portrait of the Postman Joseph Roulin.” “Starry Night” was swarmed by visitors trying to get a picture alongside it and no one other than myself stopped to look at Joseph Roulin’s face. But in the immersive exhibit, people had stars in their eyes — quite literally — and it was like they were seeing these paintings for the first time. They were being seen how they were painted, as living and breathing representations of a not-so-colorful world. When the blues and yellows swept across the wall, it was as if my eyes were following a paint brush. I will always appreciate seeing an original painting, and I’ll get choked up over it as well, but there’s something to be said for walking amongst art, for existing in tandem with something so timeless and infinite.

I recommend against planning to spend a full day at the exhibit because each show runs for about 35 minutes; however, if you have the time and are looking to spend a day in the city, it’s not something to miss. It’s also a great way to get kids to engage with art, and they’ll definitely enjoy it more than a walk through the Met.

LETTER to the EDITOR: An important election this year in Colonie

LETTER to the EDITOR: Lessons from listening