by Kaitlin Lembo
in Culture, Entertainment, The Spot
0 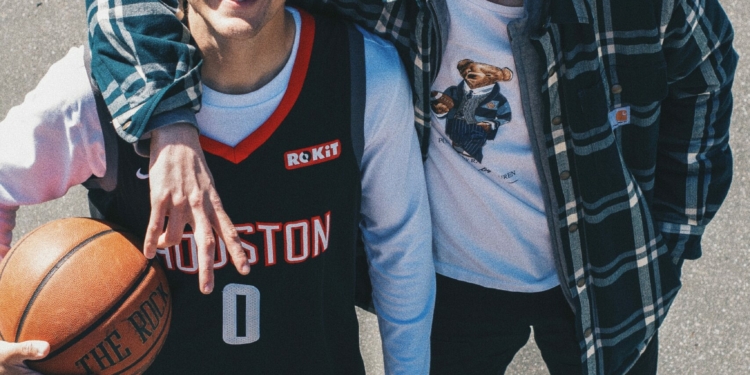 It was the first time he had ever spent Christmas without his family. The 518 native had just moved to Oregon two months earlier; he had spent the previous two-and-a-half years anchoring Wyoming’s popular morning show, “Good Morning Wyoming.” In that time, Floyd, 25, was given free reign to promote the community he loved, create skits to make people laugh and bring forth news that people actually wanted.

Oregon was different. No longer the head honcho, the 2018 Marist College graduate had been your stereotypical morning news anchor for 60 days. The stories are dark and repetitive; COVID-19, heightening tensions, shutdowns. There was no room for Floyd, one of the most positive people on the planet, to showcase his talent. It was all gray.

As he wallowed in the deepest loneliness he ever felt, it hit him.

Could he get his station to do something similar to “Good Morning Wyoming,” where he’d have his own platform? He’d interview other news personalities and get some humanity from the people who are taught to be as noncontroversial as possible.

“I made a demo where I interviewed Amy Lanski, who became my first subject for my podcast now,” Floyd said. “I brought it in and my bosses didn’t even listen to it. They shot me down. They said we couldn’t be promoting other news people who weren’t working for us. Something about a conflict of interest? They just completely denied it.”

Floyd didn’t know it yet, but his days were numbered at the station, by his own choice. Because his bosses wouldn’t take a chance on him, he quickly quit his job, packed up everything he owned and trekked back to the Capital District. He now lives with his parents and is working different jobs to fund “Who’s On The News,” his podcast that gives him the ability to interview the connections he’s garnered while on the morning news desk for three years across two different states.

“When people watch the news, many don’t know the first thing about the people who are reading that teleprompter or those who are out there doing the reporting,” Floyd said. “These people also have stories. I want to highlight that.”

Each episode of “Who’s On The News” is centered around a theme. One might talk about life as a meteorologist, who Floyd said are some of the most fascinating people to watch live. Another might center around the art of the teleprompter. He invites people whose stories not only lend to the theme, but have life stories that will make people think twice about the person you see each night being the vehicle for your evening newscast.

What makes “Who’s On The News” so special is Floyd himself. The “hot, spunky, energetic soul,” as he calls himself, is a natural at relating with people. He’s unabashed and unafraid to be totally himself with a laser focus on what he wants. Talkative, intelligent, magnetic, present: he’s a human fireball wrapped in blonde hair and perfect teeth. Talking to Floyd is like talking to an old friend, even if you just met him three seconds ago. He’s not interested in finding love right now or doing anything he’s not 100-percent invested in; if it doesn’t intellectually and emotionally stimulate him, it’s a waste of time. It’s all about the show and the dream of one day hosting his own show, bringing back the success and happiness he had with “Good Morning Wyoming.”

Floyd works with local producer Danny Ball, who is also one of the minds behind Brian Rhatigan’s “The Back 9 Show.” Floyd and Ball met in school and were once sports rivals; they were eventually forced to talk and quickly figured out they were “pretty much the same guy.” The two now meet weekly to talk about ideas for each show of “Who’s On The News.” Floyd said while he does the stuff in front of the camera, there would be no show without Ball.

“I called Danny on Christmas when I had that original idea for my station and he loved it,” Floyd said. “Danny and I do completely different things, but we do it together. Everything we do works together. He does the editing and graphics on his own laptop. He’s as important to this project as I am. I would not be anywhere close to this if it weren’t for Danny.”

While leaving “Good Morning Wyoming” was difficult for Floyd, he acknowledges he wouldn’t be doing his show today if the contract didn’t end. He fully admits going through that dark time in Oregon, where he experienced loneliness in a form he never thought possible, was what made him jump in the deep end and go after his dreams.

“Sure, being the morning news anchor might constitute success to more people,” Floyd said. “I’d be getting paid better, I’d be considered successful by society’s standards. Everyone knew me in Wyoming. But I wasn’t happy.

“I quickly learned no one really cares that much what you’re doing,” Floyd continued. “I knew I had to make myself happy. I was smart enough to know I wasn’t going to live like this. I knew almost immediately Oregon wasn’t what I wanted. But the fact that the job wasn’t benefitting me in the way that my employment was benefiting them was what ultimately pushed me to take the shot.”

“Who’s On The News’’ is up to 10 episodes. He had to re-record Lanski’s episode for the new platform, but he said the released version was by far the stronger of the two. He and Ball have tackled interviews with Drew Dees, Olivia Young, Julia Yarbough, Elizabeth VanMetre and Scot Pilie, amongst others. While many of Floyd’s subjects are news figures from out of the state, he’s insistent the common thread is clear: whether his guests are your morning traffic sources, your evening lullabies or your lunchtime companion, they’re way more colorful than the news they’re delivering.

“I’ve never considered myself a journalist because I wasn’t in the trenches like many of my coworkers were,” Floyd concluded. “But I have ideas, I have confidence and at the end of the day, anything I do, I don’t want anyone to say anyone else had any hand in it succeeding but me.”