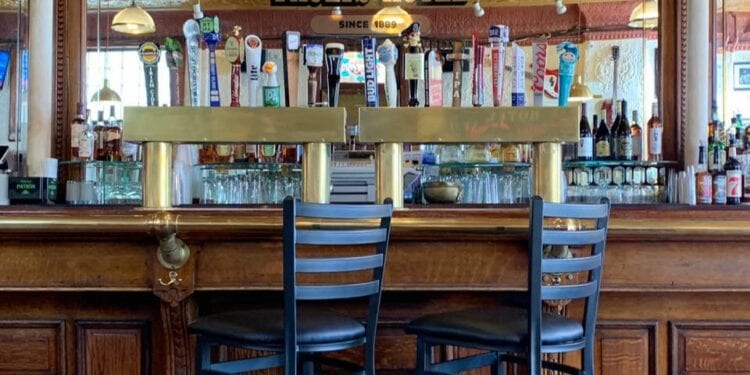 ALBANY — When Kip Finck took over Pauly’s Hotel in late 2019, his first order of business was a renovation while the tavern waited for its liquor license to be granted.

Finck’s team took months to revamp Albany’s oldest tavern, a brand the venue proudly states on its website and marketing campaigns. One of the biggest improvements made was a state-of-the-art sound system installed by Stan Denis of Denis Entertainment. When the lights finally turned on, the grand ol’ structure saw the light of day less than a handful of times before everything shut down due to COVID-19.

“Things got really strict for us at the beginning of the pandemic,” Finck said. “Many of our regulars became anxious to come in, while others showed up no matter what. But we were tasked with figuring out how to pivot our business.”

Pauly’s is known for its eclectic bill. Home to every single genre under the sun, Pauly’s is no stranger to grouping up to five acts on a single bill. Now that Finck is at the helm, he’s using his skills from his previous tenure as the owner of Northern Lights to bring in more diverse talent and make Pauly’s a whole experience for music lovers.

“I have some really great friends with whom I’m looking forward to rekindling relationships with now that we’re starting to loosen up,” Finck said. “We just booked Three Quarter Bourbon and I’m in the process of getting a ton of both regional and national contracts to perform here.”

Finck is also revamping Pauly’s online presence to promote its upcoming roster. He’s just reworked the website, which now displays a countdown clock. As this story is written, time until the April 3 show is swiftly passing. As you watch the clock pass, it’s hard to believe the seconds that seem so short right now are the same ones that have felt like an eternity for venues like Pauly’s and its peers.

Finck is hoping for a big third quarter. He’s anticipating some big transitions in the second quarter of the year as restrictions ease up, which will give him an idea of what exactly he can do next. Higher class beverages now line the bar, a sign of the good to come. Even though Pauly’s was drastically affected by the cancellation of the St. Patrick’s Day parade two years in a row and the limited resources otherwise, Finck has been able to keep the lights on. He’s also hoping for Pauly’s to become a hot spot for benefits and fundraisers, events that usually bring a ton of people through the door and take on a life of their own through the charity it surrounds.

“I want to bring this venue back to an old place,” Finck concluded. “I want to showcase its nostalgia, its intimacy. I’ve brought in stuff from Northern Lights and my other venues, and I want to bring forth the atmosphere that many love about Pauly’s.”

LETTER to the EDITOR: Putting community over division