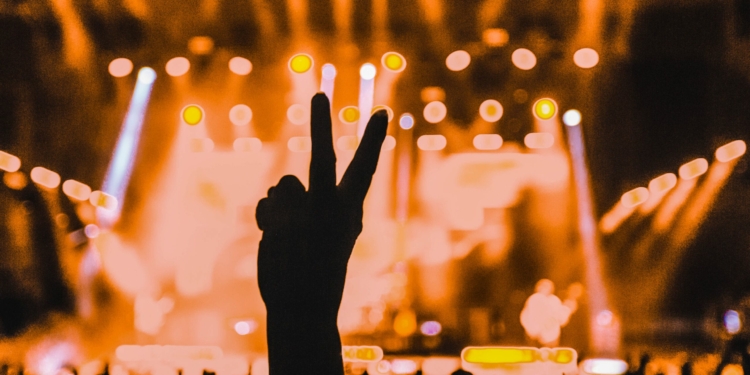 ALBANY — As vaccinations steadily poke the arms of Capital District residents, the prospect of live shows coming back is closer than ever.

Despite the severe blow to the local music scene in the last year, artists have been finding innovative ways to stay in the minds of fans. While some have retreated to the cave for an abundance of new content, others have been performing on live streams and in socially distanced gatherings, earning just enough to keep themselves afloat.

Guthrie Bell Productions is one of the most prolific promoters in the 518. Greg Bell, the company’s namesake and owner, and Kim Neaton, the woman who makes all the dreams come true, have both been hard at work bringing forth a sense of normalcy when whatever will constitute “normalcy” returns.

“Now that the virus seems to be ebbing back a bit, we’re ready to bring The Supper Club back to The Hollow Bar and Kitchen,” Bell said. “People seem to really enjoy the idea of having a meal and listening to music. It’s an old nightclub feel and it’s been really well attended.”

The Supper Club was in full swing in mid-2020, but came to an unceremonious halt when COVID-19 cases began to spike after the summer. Data shows cases in the Capital District hit an all-time high over the winter months.

“If we can get the venues to 50 percent capacity, I’ll be back in business,” Bell said. “Most of our shows don’t hit that sold-out point, so for us, it will be as close to business as usual as we can get right now.”

Bell said he’s already holding dates at various venues in September. Multiple bands are holding out for the same shows, and Bell has quickly found his day planner reserved through the end of the year and into summer 2022.

Bell said the key to bringing back live shows is getting everyone vaccinated. While he’s confident shows at places like the Palace Theatre could happen due to the amount of room in the venue, the problem for promoters now becomes making sure people walking through the doors have taken the precautions to keep everyone safe. During last year’s Supper Club shows, temperatures were taken upon arrival and staff collected information in the event contact tracing was needed.

“The bottom line is some people aren’t going to be satisfied no matter what we do,” he continued. “But we need to stop perpetuating some of the false rumors about getting vaccinated and get everyone to take the shot so we can begin going back to life.”

At the end of March, it will be the 67-year-old’s 29th anniversary since his first promoted show. His entire 28th year was on standby; his last real show was a year ago last week. Guthrie Bell planned an entire multi-headlining benefit for Planned Parenthood in mid-March last year, which was canceled at the last minute when shutdowns began.

“I miss the music and I miss the people,” Bell said. “People want to do something and despite things like general admission and club shows still being far into the future, there are options for bringing back live music.”

LETTER to the EDITOR: Bethlehem Lions Club says thank you

Do away with cross endorsements