Albany is killing our cinemas 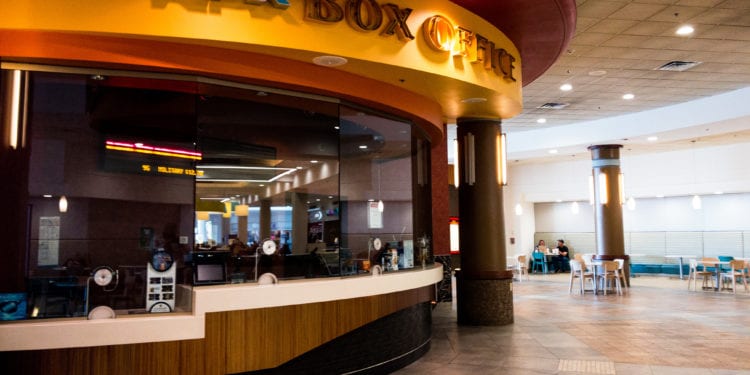 When the world’s second-largest cinema chain announced last week it was closing its theaters in both the United States and United Kingdom, it took a jab at New York state.

Cineworld Group PLC, the parent company that owns Regal Cinemas, announced it was temporarily closing all 536 of its theaters in the United States and another 127 in the United Kingdom.

The closures come after the company observed an “increasingly challenging theatrical landscape and sustained key market closures due to the COVID-19 pandemic.” Cineworld estimates 45,000 of its employees will be impacted. The statement failed to say whether or not the employees would be laid off or furloughed. Nonetheless, it’s a scenario theater owners have warned local legislatures would happen.

Gov. Andrew Cuomo slowly opened businesses in a piecemeal fashion through a tiered program that incorporated reported cases within districts that segmented the state. The program was implemented at a time when New York cases ranked higher than whole countries during the first months of the pandemic.

Nearly seven months since shutdowns began in March, New York has managed its reported cases while watching the rest of the country battle with rising figures. As of Sunday, Oct. 11, New York is listed 12th in the nation among active cases in each state. The Empire State’s 71,197 cases fall far behind the 284,381 in Florida or 398,167 in California.

“While going out to the movies for everyday residents may not be deemed ‘essential,’ for the business owners who have been hemorrhaging money since the economic shutdown began five months ago and for the people still struggling to find employment, it is nothing short of essential,” said Albany County Executive Daniel P. McCoy. “I will never put a price tag on a human life, but New York has proven itself able to reopen businesses while keeping our COVID-19 infection and hospitalization rates at some of the lowest levels in the country.

Though many of the industries throughout New York have been allowed to reopen under reduced capacities, movie theaters have remained closed since March. They’ve fallen along the same lines as playhouses on Broadway, as well as Albany’s Palace Theatre and Proctors, locally. The entertainment venues have remained silent while restaurants, bowling alleys and gyms reopened.

“We understand that without a safe plan to reopen, nobody would come to the movies,” said Joe Masher, president of the National Association of Theater Owners of New York State and chief operating officer of Bow Tie Cinemas. “We’ve put together a plan that does just that.”

The National Association of Theater Owners of New York State has had a plan since August, when Masher presented it to the public under the Madison Theatre marquee. He was pleading to Gov. Cuomo through a row of television cameras along with other industry players and local politicians.

Shopping malls remained closed while watching big box and grocery stores allow shoppers inside their stores. The argument then keeping indoor malls closed was the issue over air quality. Pyramid Management Group, the largest privately-held shopping mall developer in the Northeast, lobbied to have its malls reopen. Only after headline provoking closures of anchor stores, and the assurance of newly installed air flow systems, did the governor’s office allow malls to reopen.

Theatres have also prepared to install air flow systems that increase outdoor air intake along with MERV 11 or higher rated air filters. That was two months ago and doors remain closed to both customers and the movie industry pushing its product to consumers.

“As major US. markets, mainly New York, remained closed and without guidance on reopening timing, studios have been reluctant to release their pipeline of new films,” stated Cineworld.

Worries over the prolonged shutdown may pale compared to how the movie industry is adjusting to the pandemic. In April, the Wall Street Journal reported Universal Pictures successful gamble to push “Trolls World Tour” direct to digital. The movie house was just weeks from releasing the movie in theaters when shutdowns began. Instead of halting the movie’s release, it went straight to the consumer by charging $19.99 to view online. Universal Pictures reportedly earned in three weeks what it took five months to make in theaters domestically with “Trolls.”

Universal’s gamble proved to be a winning strategy, but it was far from innovative. Movie companies have observed Netflix’s success producing digital exclusives. The prospect of forgoing cinema companies’ demands for exclusive two-month runs before digital release helps get their product to consumers quicker. More importantly, it allows them to retain 80 percent of sales versus 50 percent off of box-office sales.

Not everyone is following suit. A long line of anticipated blockbusters have postponed release dates starting with the latest James Bond film, “No Time To Die.” It was to hit theaters in April. It now stands to light the big screen next April. Marvel Comics’ “Black Widow” also jumps a full calendar from what was to be a May 1 release to May 2021. “Top Gun: Maverick,” which hyped up fans with a Super Bowl trailer in January, has bumped its release date twice, from June to December and now next July.

Still, other movies like “Mulan” and “Bill and Ted Face the Music” bypassed theaters earlier this year. As movie productions start ramping up again, cinema companies don’t want to be left holding the popcorn when release dates are announced.

As Hollywood scrambles to figure out how to distribute its logjam of blockbuster films, cinema companies are forced to wait.

“Cineworld will continue to monitor the situation closely and will communicate any future plans to resume operations in these markets at the appropriate time, when key markets have more concrete guidance on their reopening status and, in turn, studios are able to bring their pipeline of major releases back to the big screen,” Greidinger said.

Cineworld had all of its theaters closed leading into the summer. By September, 561 of the company’s 778 sites had reopened. New York and California comprised most of the 200 theaters that were closed.

Last month, Cineworld announced it lost $1.4 billion in revenue compared to the same six-month period that ended in June 2019.

“If we aren’t able to reopen theaters in New York State soon, we are at serious risk of losing the remaining release schedule for 2020,” said Robert Sunshine, executive director of the National Association of Theater Owners of New York State. “It’s mission critical that the governor allows for movie theaters to reopen now.”

Sheriff Apple wants to know what you think