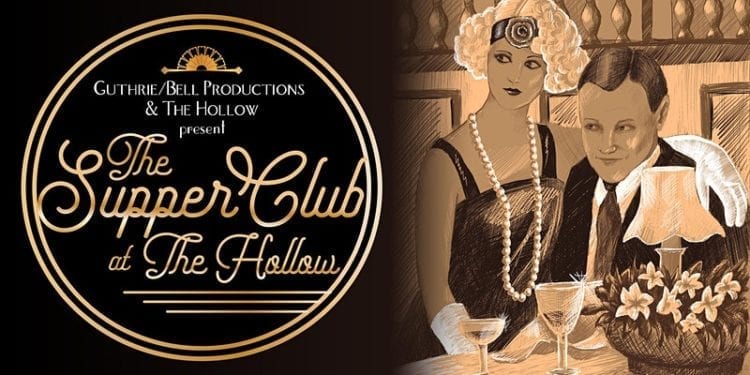 ALBANY — Dora Philip walked through the dark of her basement with only the flashlight on her cell phone wedging a beam to light her path. The Hollow had been closed. She purposely kept the lights off. She didn’t even turn them on to use the bathroom. While in the dark, the century-old building began to play tricks on her.

Whatever wasn’t being used was unplugged. Dora and her husband Mike were doing their best to keep the bills down while the restaurant remained closed for business. Though they weren’t taking in customers, Dora Philip kept walking through the doors of North Pearl and Columbia streets. Staying home would have just made her crazy, she said.

In the dank, she imagined she was inside the hull of the sunken Titanic. Dark, secluded — in the basement, she seemed as far away as the bottom of the Atlantic. In the quiet, she could hear the clatter of silverware and the banging of plates, though there was no one in the kitchen upstairs. She swore she could hear the shuffle of feet.

“It was like the ghost of once was,” she said.

Dora and Mike have turned The Hollow into one of the brightest hotspots in Albany’s music scene since they first opened in 2013. The bar and grill has hosted a boat load of top regional, and up-and-coming national, musical acts. Its facade has served as the backdrop to Pearlpalooza’s main stage, and its bar the place for the festival’s after party (mid-party, warm-up, too).

This year, The Hollow was the setting to Pearlpalooza’s virtual festival. Five bands played on with cameras fixed on them as they played. All was missing was the usual crowd congregated up front, but Dora welcomed the scene. Photographer Bryan Lasky captured her masked face looking over the bar room, standing in front of the stage and taking in the tunes.

Live music is in The Hollow’s DNA.

Greg Bell knows that. The man has brought local stages alive for more than 25 years under Guthrie/Bell Productions. When everyone is pressing up against the stage, he’s the guy you find in the back of the room with a bottle of Budweiser.

“Ever since I was a kid, I’ve wanted to own one of those clubs with a big band playing every night,” said Bell. He remembers the black-and-white movies with James Cagney dressed in suit and tie, dancing across the floor with a band providing the music. Something you’d imagine seeing at the Rain-bo Room, across the street and generations ago. Instead, he’s settled for borrowing other people’s clubs and bringing the band to them. It’s been quiet as of late, but he’s changing that.

Guthrie/Bell Productions and The Hollow kicks off The Supper Club at the Hollow with a performance from Girl Blue on Friday, Oct. 9, at 6 p.m.

It’s a series of shows featuring dinner from the Hollow and music brought by Guthrie/Bell. It showcases the culinary work of some of the best chefs in the area, followed by some of the best musicians in town.

Reservations are required for each show, and availability is limited. The Girl Blue show is already sold out. There are two- and four-ticket bundles available at $70 and $140, respectively. Price includes a three-course meal (selected from a prix fixe menu) and entertainment. Price does not include drinks or gratuity.

Seating is restricted by virus-related mandates and all patrons will be socially distant and required to wear masks.

Mia’s Cookie Jar is a powerful force of deliciousness