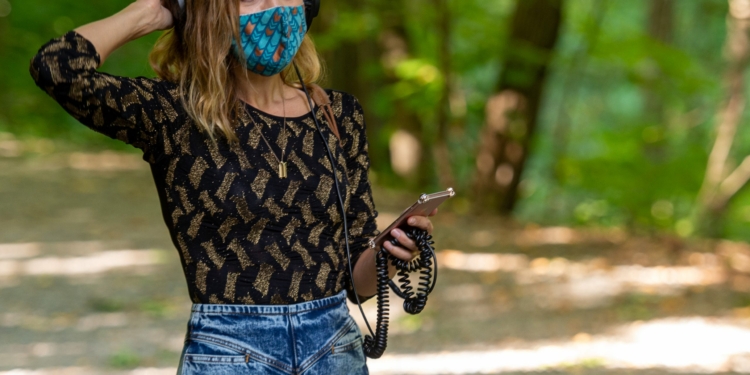 SARATOGA SPRINGS — Saratoga Performing Arts Center will soon allow patrons to step into an immersive world of sound composed by one of the most innovative sound artists of her generation.

SPAC will begin featuring “Ellen Reid Soundwalk,” a GPS-enabled work of public art in the Saratoga Spa State Park that uses music to illuminate the natural environment, on Monday, Sept. 21.

Patrons will be welcomed to download, tune in and walk around with a phone app that taps into the Pulitzer Prize-winning artist’s music. What they hear will depend on where they are in the park. Movement around the park triggers Ellen Reid’s soundscape — musical cells which she carefully crafted to harmonize with the park’s landscape and attractions. The experience is guided by the listener: the path the participant chooses dictates the music they hear, ensuring that no two visits will be exactly the same.

“Bringing this project to our park is part of our vision to connect the unique beauty of our natural surroundings… the lush pines, woodland walks, geysers and natural springs…with art and music,” said Elizabeth Sobol, President and CEO of Saratoga Performing Arts Center. “We’re excited that Saratoga is only the second place, after New York City, to present the installation – and excited to be offering this unique art/nature experience to visitors to the Saratoga Spa State Park.”

SPAC is one of five locations across the country that will feature “Ellen Reid Soundwalk.” The exhibit premiered last week at New York City’s Central Park. After it’s unveiled in Saratoga Springs, it will open in Philadelphia, Pennsylvania; Vienna, Virginia; and Jacksonville, Oregon.

“Working with SPAC on this special presentation of ‘Soundwalk’ for Saratoga Spa State Park has been incredible,” Reid said. “This project is about sharing art and music with the community, but it’s also an excuse to spend some quality time taking in our natural surroundings. Spending an hour or two in Saratoga Spa State Park is the perfect foil to our nose-in-computer daily lives.”

“Ellen Reid Soundwalk” features a newly-written score, performed by Soundwalk Ensemble, as well as special musical “Easter eggs” hidden around the park for participants to discover.

Reid is one of the most innovative artists of her generation. A composer and sound artist whose breadth of work spans opera, sound design, film scoring, ensemble and choral writing, she was awarded the the 2019 Pulitzer Prize in Music for her opera, “Prism.”

Along with composer Missy Mazzoli, Ellen co-founded the Luna Composition Lab. Luna Lab is a mentorship program for young, female-identifying, non-binary, and gender nonconforming composers. Since the fall of 2019, she has served as Creative Advisor and Composer-in-Residence for Los Angeles Chamber Orchestra.

“These are unprecedented times: we’re all experiencing the anxieties of living in an uncertain world. We miss our communities, and we miss the very thing that makes our cities special: the people,” Reid said. “I hope ‘Soundwalk’ will inspire us and make us feel connected to something larger than ourselves. It is meant to serve as artistic nourishment — a place to recharge, reconnect, and re-energize.”

The exhibit is free to the public, and can be experienced while following social distancing guidelines. The installation will remain accessible in the park until Sunday, Nov. 1.

Passing a stopped school bus is dangerous and expensive