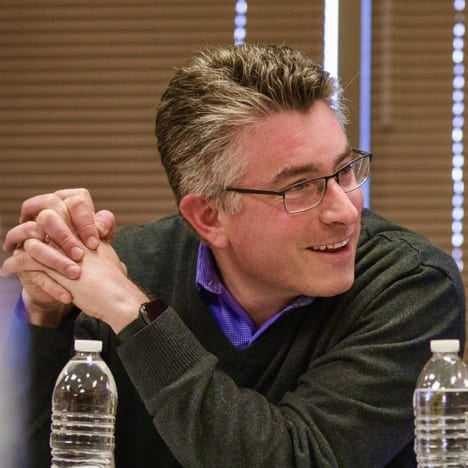 Michael Kagan is an immigration law professor at the University of Nevada Las Vegas. His career has been spent working to help refugees and immigrants around the world. Kagan recently published a book, “The Battle to Stay in America: Immigration’s Hidden Front Line,” released yesterday, stringing several of those storylines together. The root of those stories, however, starts in Delmar, New York — where Kagan is from.

Kagan began writing for Spotlight Newspapers during his freshman year of high school in 1989. He covered Bethlehem Central’s soccer team and eventually worked his way up to being a staff reporter by the time he graduated.

After college, Kagan started law school in Cairo, Egypt. “I did it for a girl,” he said, as he continued to tell how he followed his wife to Egypt. It was there that Kagan worked for a human rights organization and was assigned the case of an Algerian refugee. Kagan said he tried to avoid the case because immigration can get messy, but eventually, he began to see things differently.

“The refugee began to feel a lot like me,” Kagan said. He described how they both had similar backgrounds and were both awkward men around the same age. This shift in viewpoints is what sparkes Kagan’s passion for immigrant aid.

When he returned to the United States, he became a law professor in Las Vegas: a city with a large immigrant population. Here, Kagan had another epiphany. “I was blind to the role of immigrants in my own life,” he said.

So, he decided to write a book focusing on local, personal stories which can still represent the national immigration situation. “We have a responsibility to understand our immigration system,” he said. “It is complexities in the system that leave immigrants vulnerable.”

His book is a collection of stories, interviews, family histories, and even his own awakening on the state of immigration in the U.S. Kagan said what touched him the most was hearing what people sacrificed to get here.

“I did not realize what they had been through. I think that’s indicative of how immigrants’ struggles are hidden, but they are still right there in front of us.”

But Kagan also said stories like these are important because many Americans are often blind to them. To Kagan, the stories of perseverance in the face of prejudice moved him. “It’s hard not to be inspired,” he added.

A piece of Kagan is also in his book. He described that it is “a bit more personal” than he intended when he wrote it, but wanted to maintain the rawness of his book. He hopes that moving forward, people will stop looking at immigration as a political issue.

“This is not the budget, these are people,” he said. “They are the heart of our community. We do not get to negotiate which neighbors we keep.”

The magic behind a baseball card